We recently had the honor of attending Climate Week in NYC for the UN Climate Action Summit with many international Ministers of the Environment, and the September youth climate strikes with prominent activist Greta Thunberg. It was an extraordinary experience full of learning, connection, and action. And we thought we’d summarize the highlights to give you an inside look at these events and our big takeaways.

Since we have so much to share, here’s a quick summary of what’s in this post, so you can feel free to read it all or jump to the section most interesting to you.

3. A message from Indigenous communities 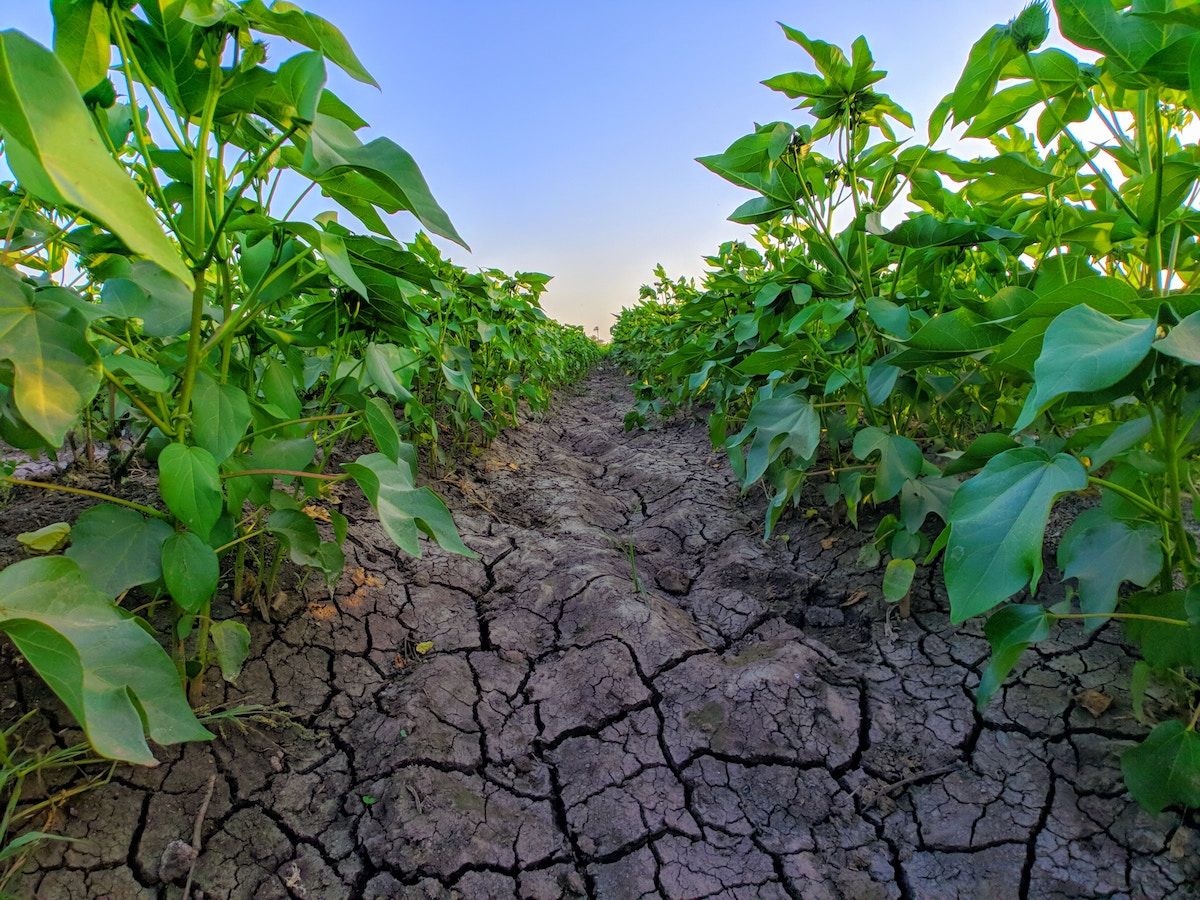 1. Nature-Based Solutions are critical to climate action, and need a lot more funding.

You might be shocked to know that only about 4%, a small fraction of overall climate funding, goes towards nature-based solutions - as in actual on-the-ground work to conserve and restore nature’s ecosystems. But many at this Climate Summit advocated to not only increase these types of activities through partnerships with Indigenous communities (more on that below), but to actually FUND them.

1. Preserving the integrity and good ecological status of ecosystems

These sound like pretty good ideas, and we’re not just saying that because reforestation - a powerful nature-based solution – is kind of our thing.

Curious about where the majority of climate funding usually goes? According to World Resources Institute, it’s multilateral banks, as well as things like research and administration. That’s why nonprofits like ours play such an important role in filling this funding gap for conservation and restoration. But as a global society we can be much wiser about getting more government funds directly where they’re needed most. 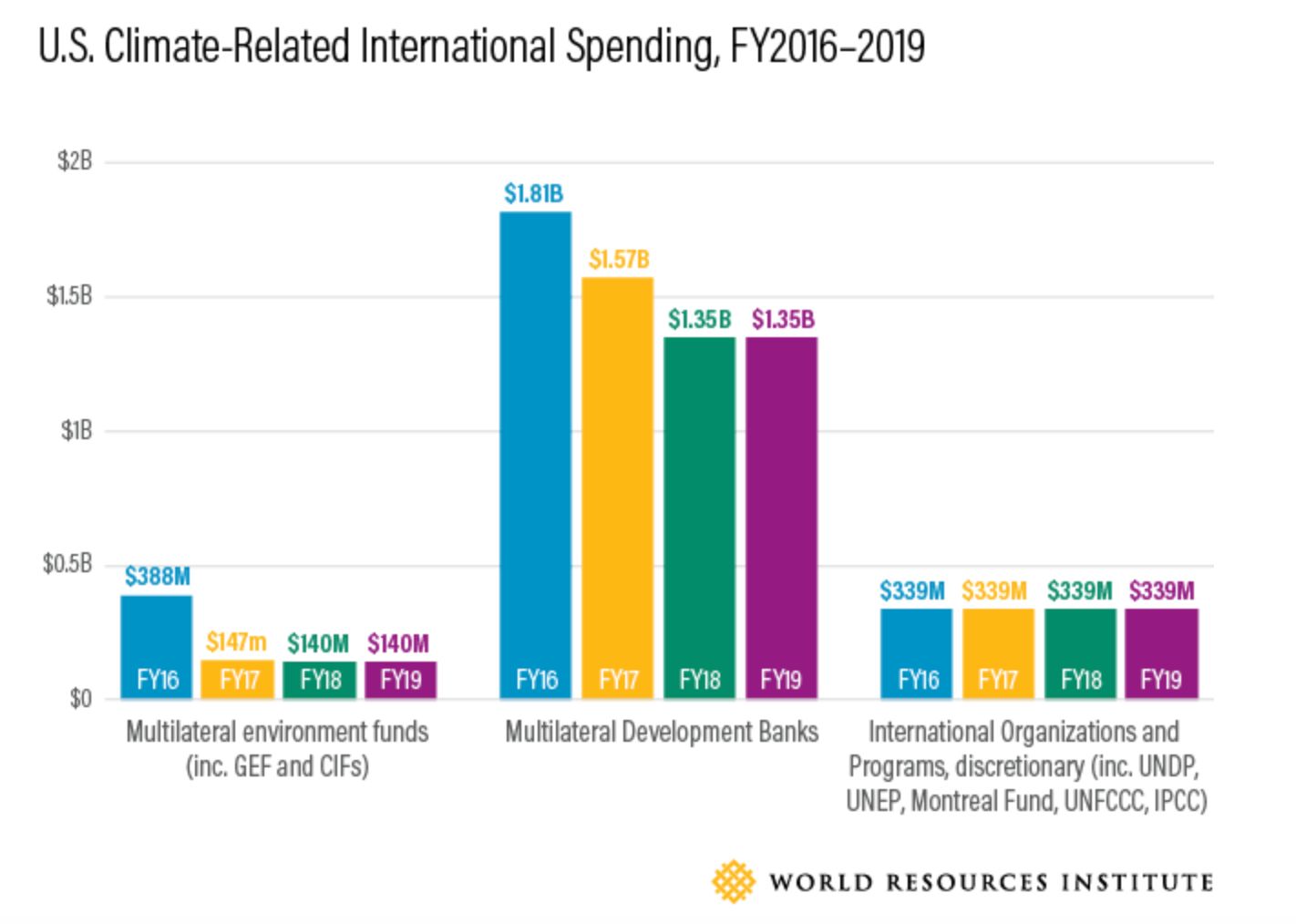 According to the UN Secretary-General António Guterres, “Nature-based solutions are an effective, long-term, cost-efficient and globally scalable approach for climate action, with potential to remove up to 12 GT of greenhouse gasses per year, build climate resilience in various sectors and regions, and add an additional US$2.3 trillion in productive growth to the global economy, while supporting vital ecosystem services.”

Now that we’re all in agreement, let’s put our wallet where our values are. The next step for leaders will be to take all the consensus on nature-based solutions and invest in them. 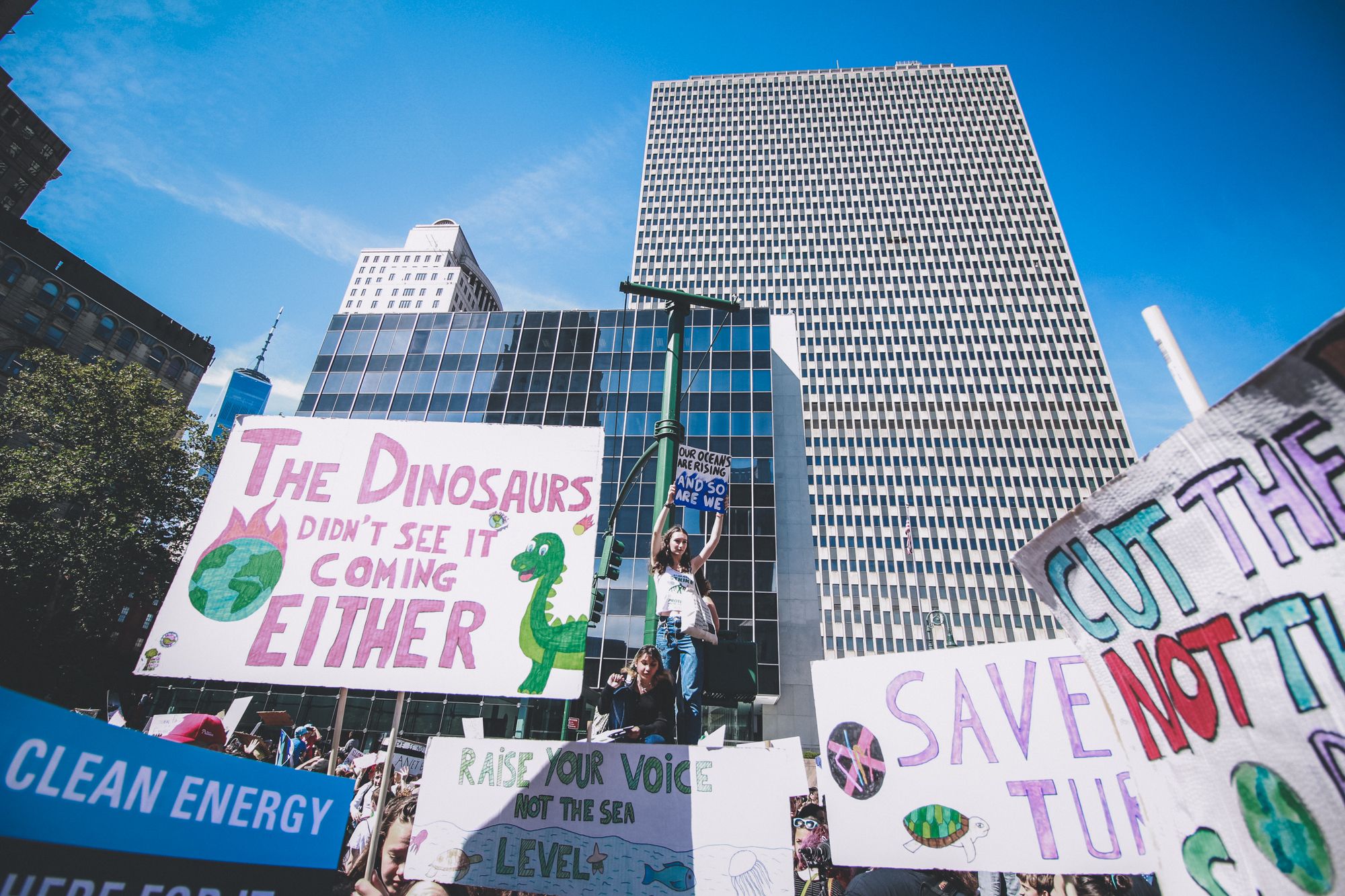 2. The youth climate strikes were powerful

Estimates put the global number of people who participated in the youth climate strikes on September 20th and 27th at about 6 million, with events in 4,500 locations in 150 countries. The protest on 9/20 was the largest climate strike in history. We were there for both, in New York and Montreal, and the energy was palpable. There were many kids, teens, and people of all ages who were fully prepared for the day. Some had stern expressions and were clearly serious about why they were there, others were joyful. Overall there was a sense of positivity and unity in coming together for a shared purpose: climate action NOW. 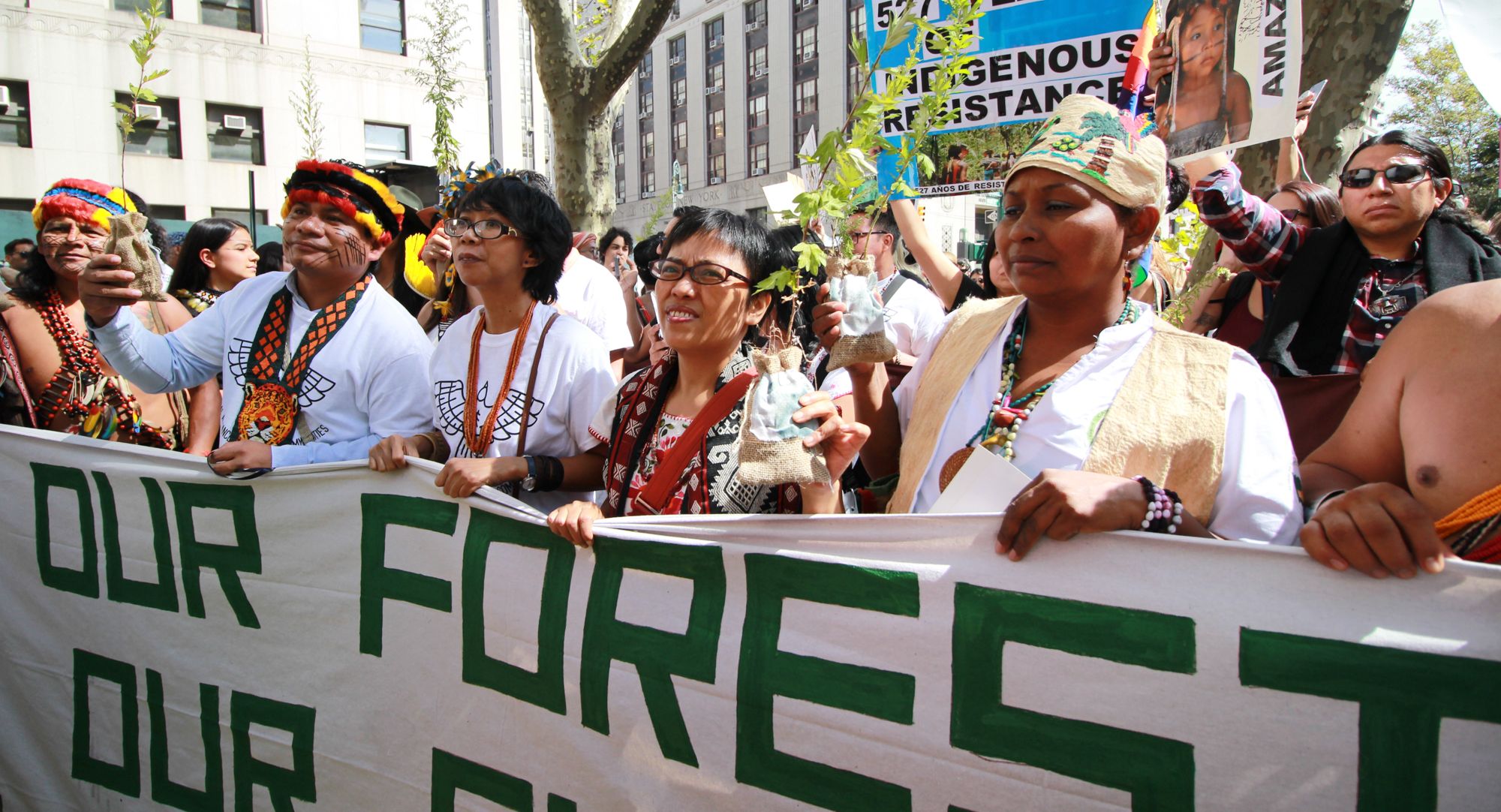 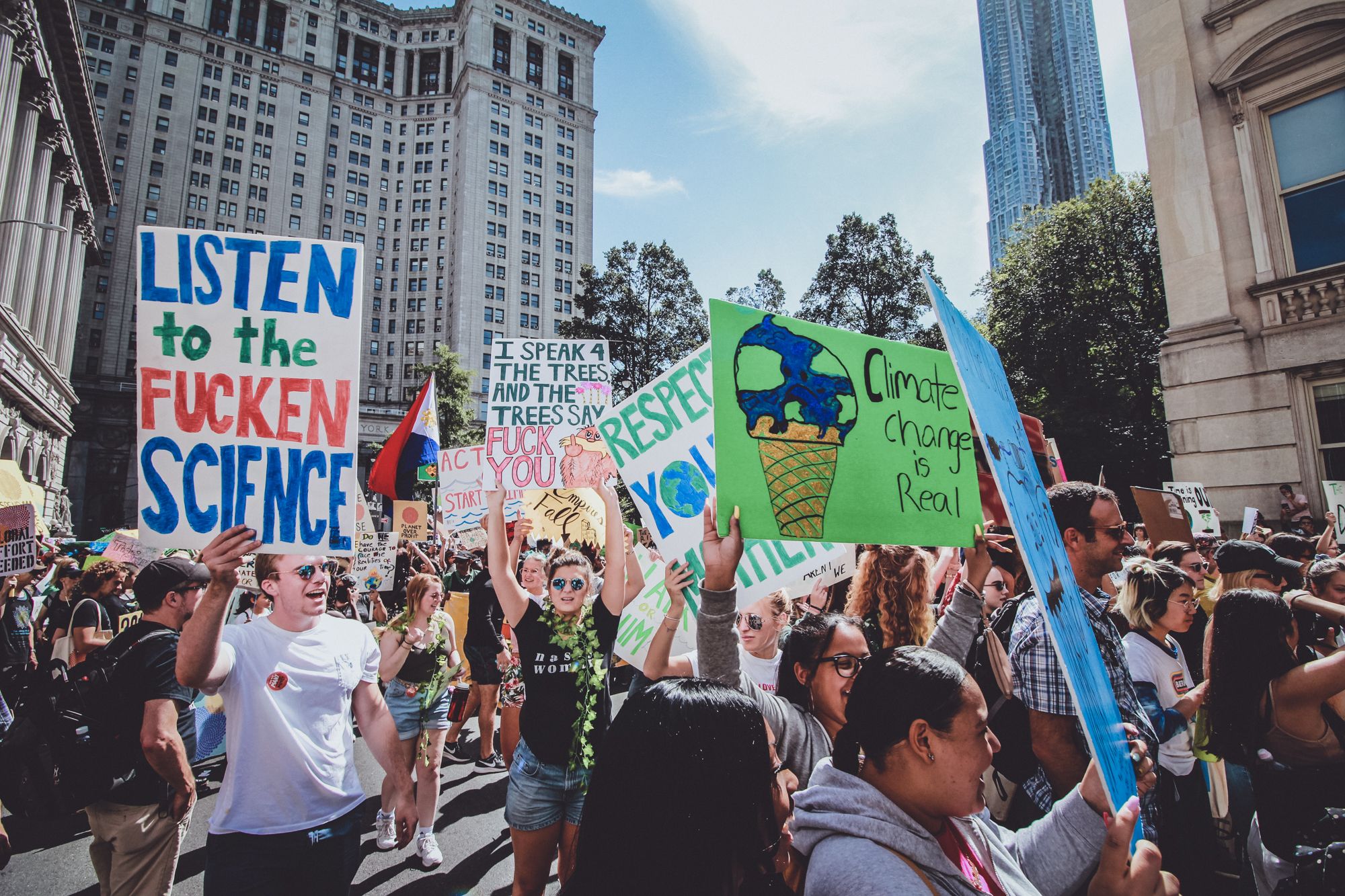 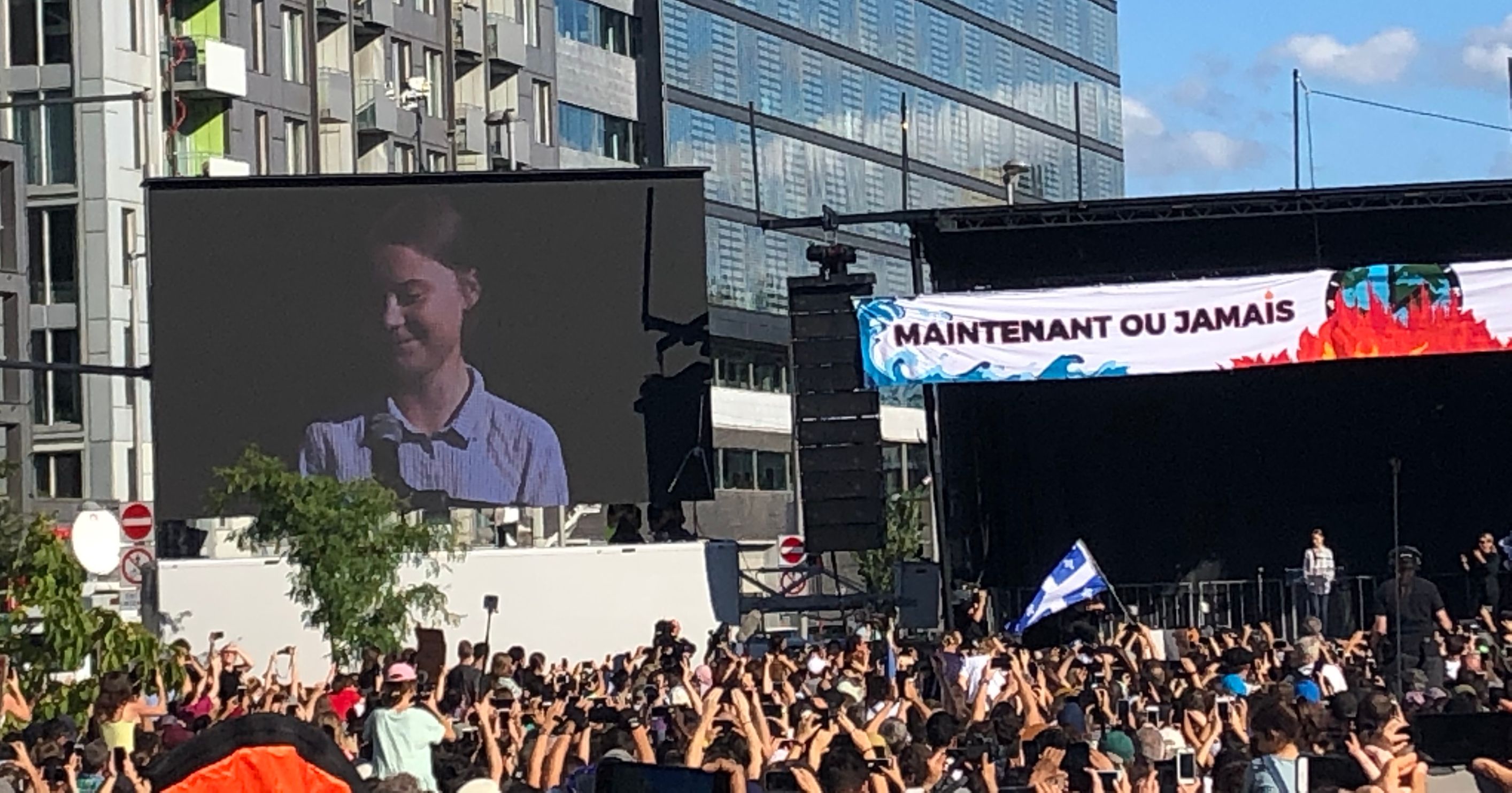 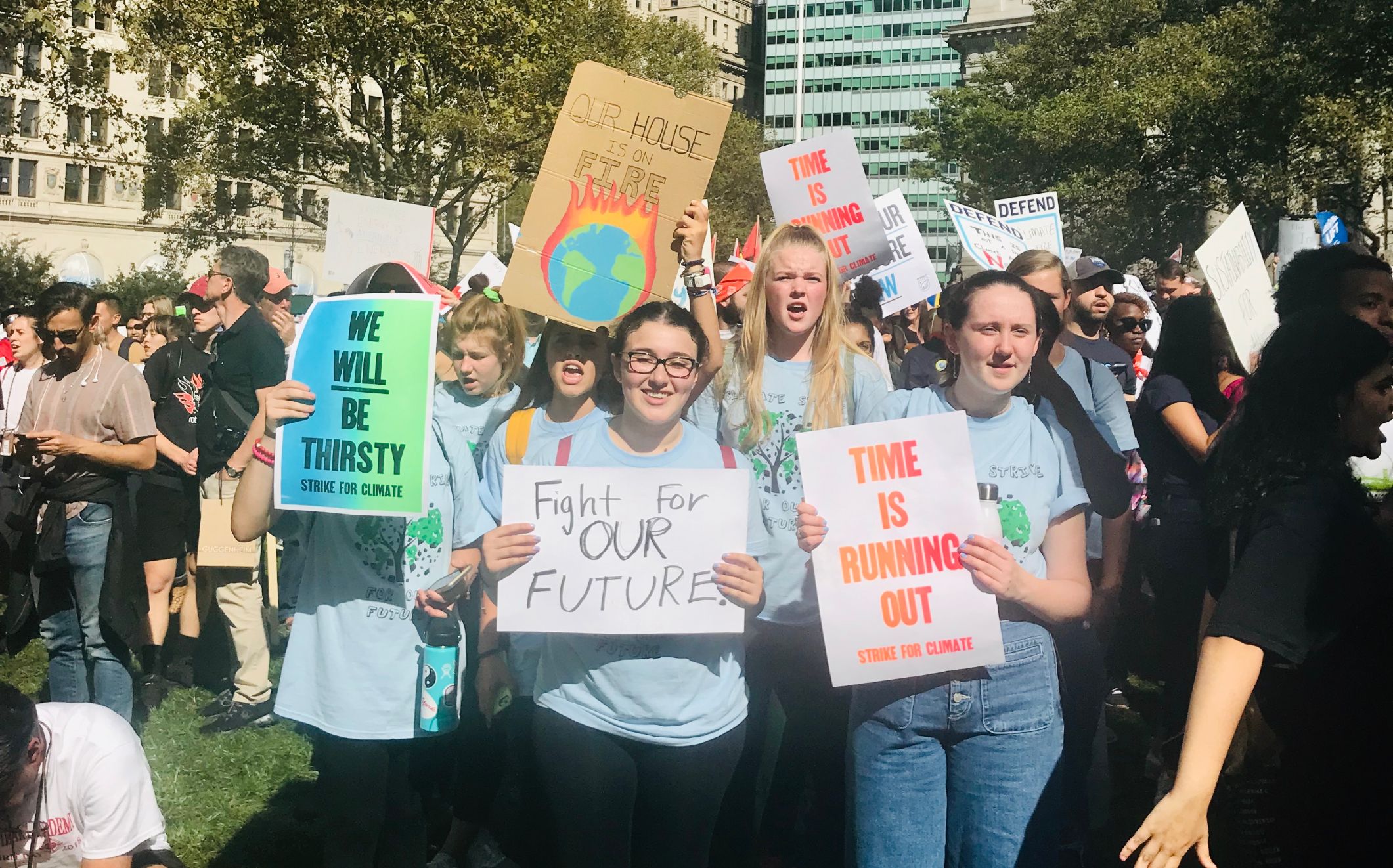 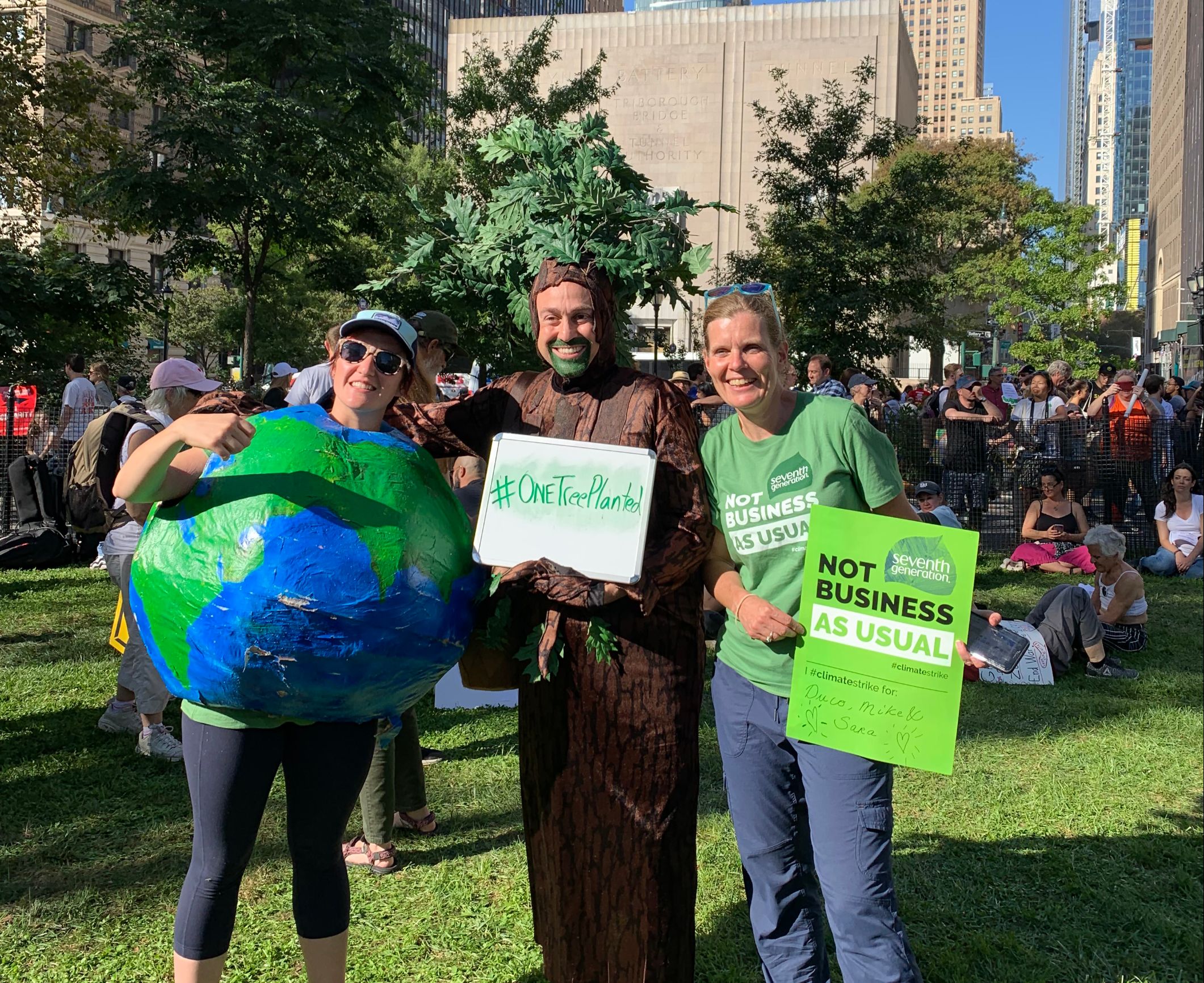 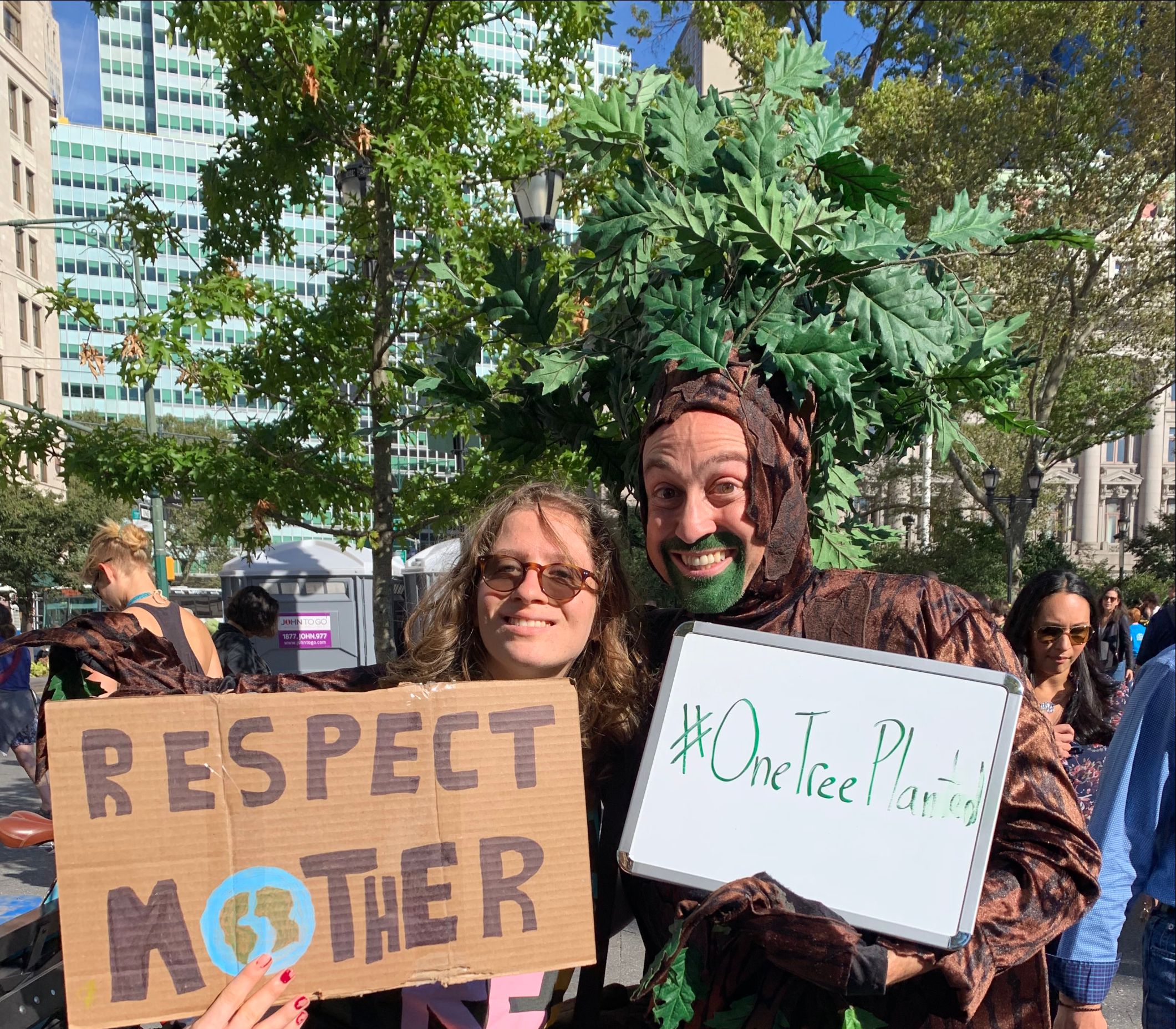 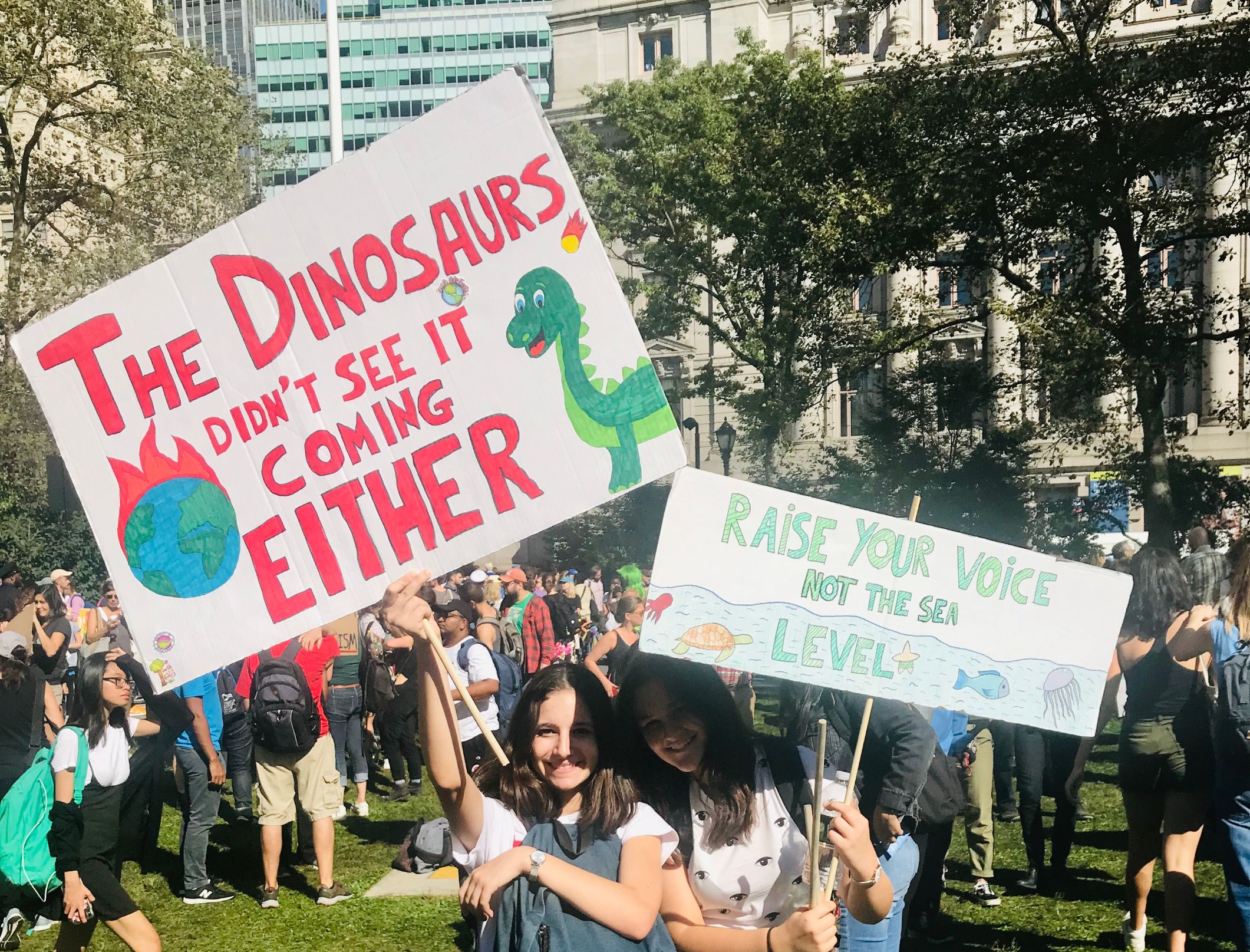 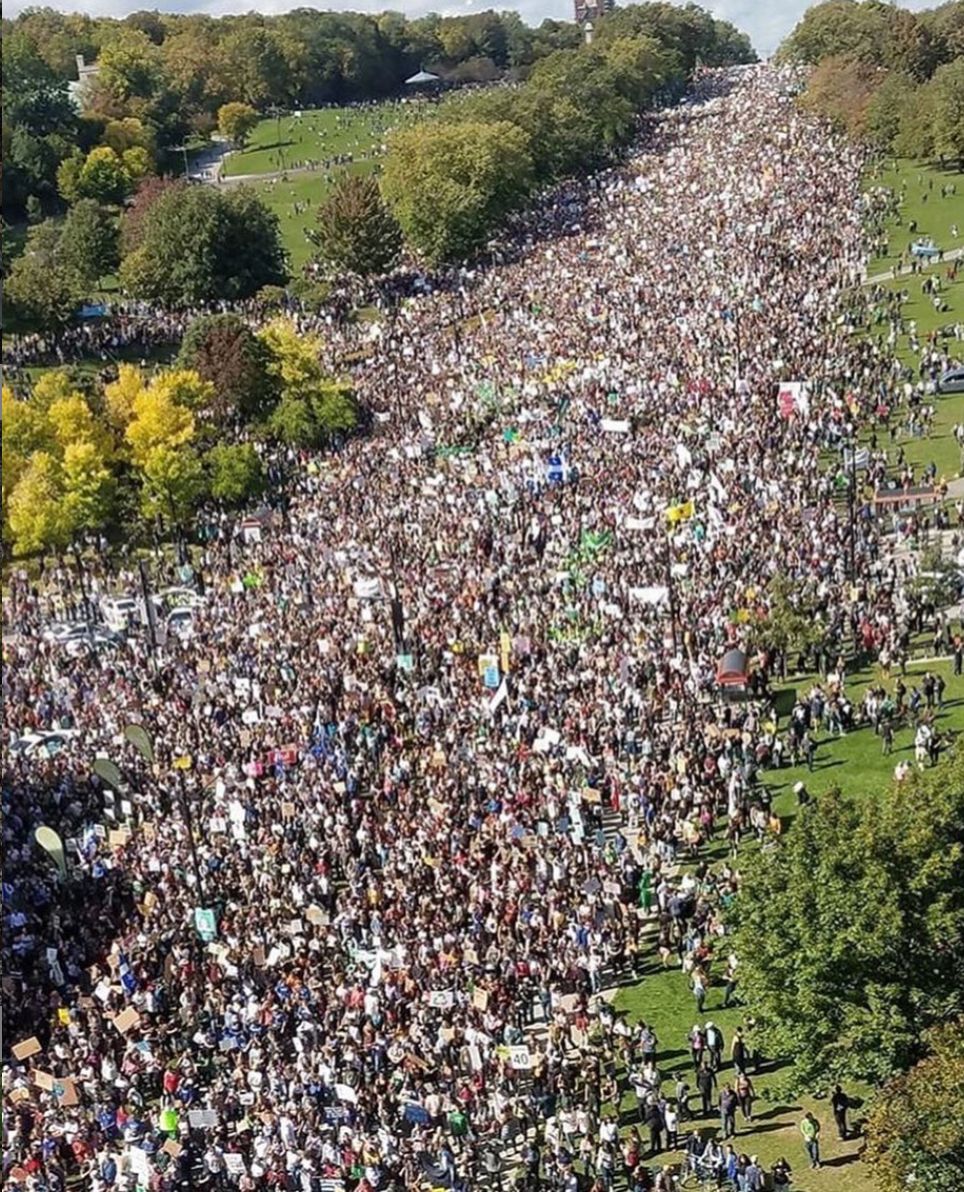 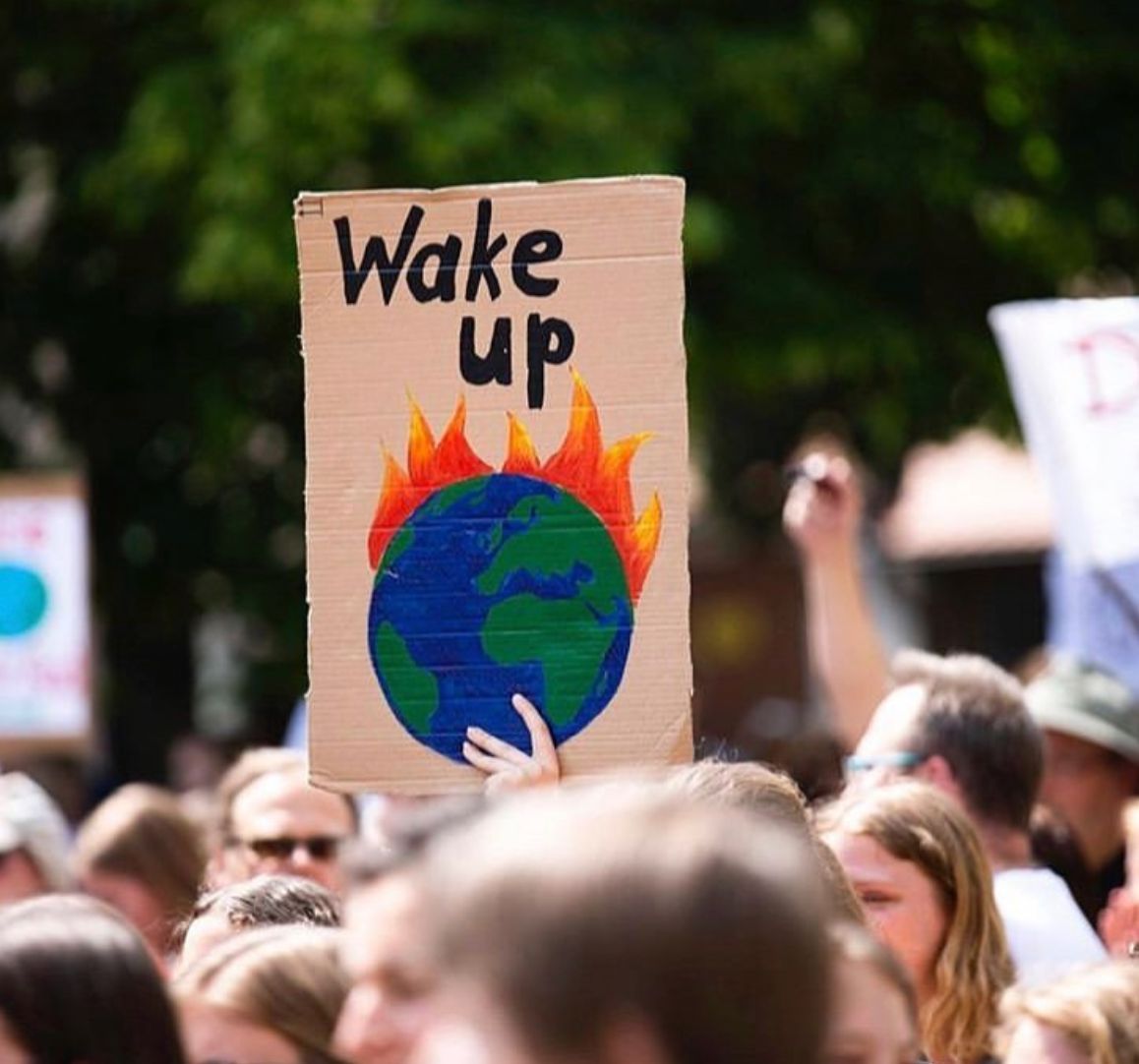 The following day, the first ever Youth Climate Summit occurred, a day dedicated to young climate leaders around the world coming together to highlight their successes, connect directly with political and environmental leaders, and to inspire each other with the work they’re doing.

Greta Thunberg then opened the UN General Assembly with a moving speech that sends a very clear message that we have no more time to waste on climate action.

3. Indigenous communities have a message for us

We had a special opportunity to sit down with Indigenous community leaders from Brazil and Peru in order to discuss plans for reforestation projects that many of you are helping to fund. The recent fires in the Amazon Rainforest have brought this critical region to the forefront (yet again), and we are doing all we can to make sure that our participation is going to serve the kinds of restoration work you’d want to see happen.

Beyond the logistical details for how we can move forward with details and project proposals as soon as possible, we had the privilege of relaying a message from our community of donors and partners, which was: we support you and we honor the wisdom and connection you have with nature, and we're here to elevate and expand the important conservation work you're doing.

But it wasn’t all about tree planting and positivity, we also joined the Equator Prize ceremony to honor 22 Indigenous communities from all around the world. This international prize had over 1,000 applications within 3 weeks from 127 countries, and it was tough for the panel of judges to select the winners. And the winners did not take this opportunity lightly. They had a message to share with us too:

Beyond these highlights and some of the successes of Climate Week overall, we still have a long way to go in creating a more sustainable planet. 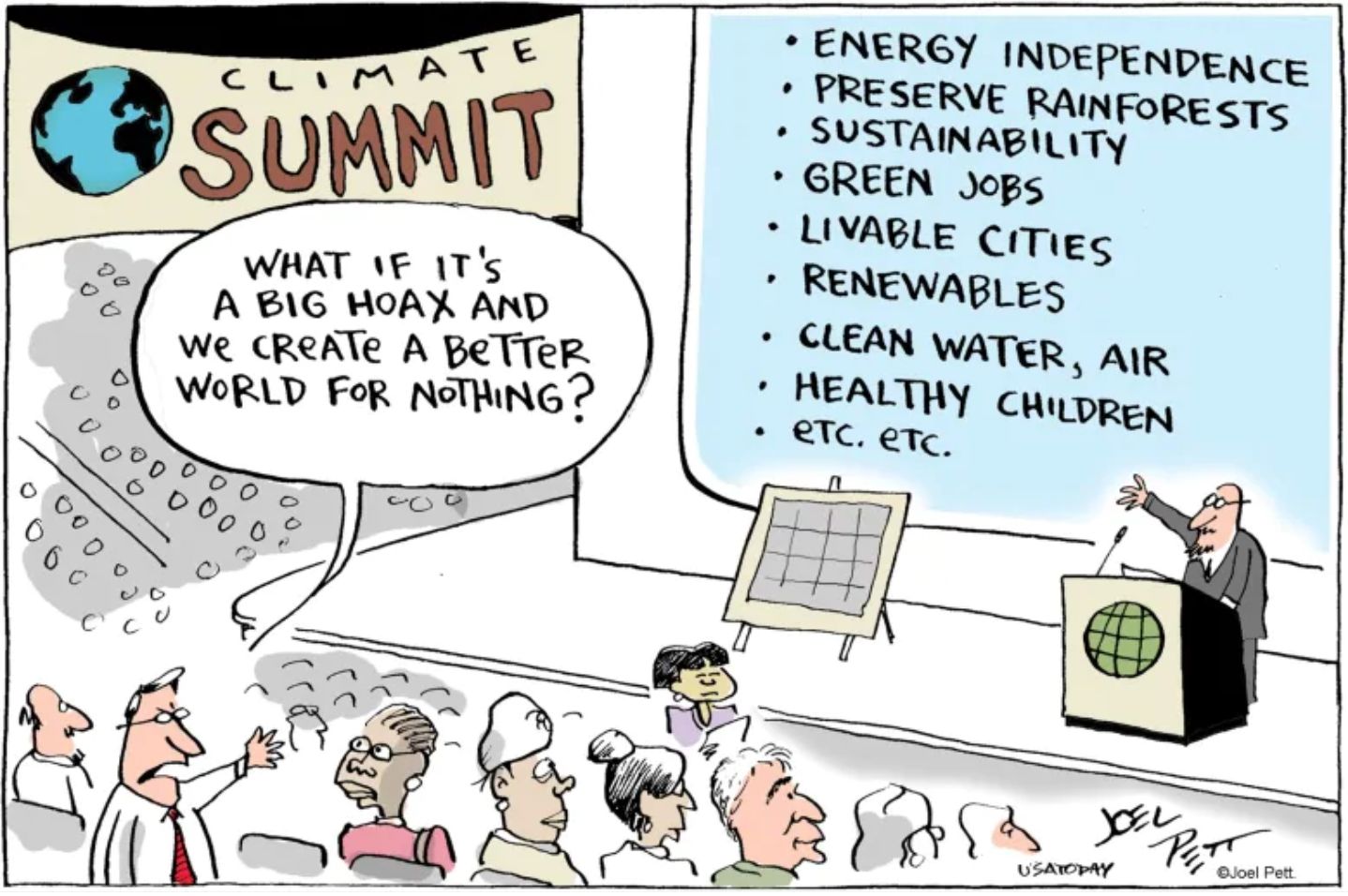 This Joel Pett cartoon for USA Today appeared just before the Copenhagen climate change conference in 2009.

Interested in a summary of all the high's and low's from this UN Climate Summit?

The following is a statement by Andrew Steer, President & CEO, World Resources Institute:

“While countries were expected to come to the Summit to announce that they would enhance their climate ambition, most of the major economies fell woefully short. Their lack of ambition stands in sharp contrast with the growing demand for action around the world. Many businesses and investors are ramping up their efforts, which should increase momentum. Eight countries pledged a total of $1.5 billion to the Green Climate Fund’s replenishment, bringing the total raised so far to $7.4 billion. Similarly, smaller nations, especially the most vulnerable countries, are pushing ahead. But we need far greater national leadership on climate action– and we need it now. The Summit must be a springboard for action, not the end of the road.

The Summit did produce inspiring signs of progress, especially with the emergence of dynamic partnerships and coalitions. In many cases, the private sector and subnational actors are moving faster than national governments. For example, 87 businesses have signed onto to ambitious 1.5 degree C targets across their operations and value chains. More than 100 cities committed to achieve net-zero emissions by 2050. The Gates Foundation, the World Bank and several governments announced $790 million to enhance resilience of over 300 million small-holder farmers. More than 130 banks, with $47 trillion in assets, signed onto new climate principles. Fifteen governments and 10 companies committed to accelerate energy efficiency by 3% per year, and others have joined a new initiative to support of zero-carbon buildings. Other commitments ranged from expanding nature-based solutions and protecting the ocean to investors incorporating climate-risks into their portfolios."

So what does this leave you with? Keep on fighting the good fight for nature in all the ways you're able! You're not alone.