Kick off the Holidays with Good Environmental News!

Keeping up with environmental news can be tough if you're busy, or downright depressing at times. That's why we're here with another monthly recap of all the recent good news worth celebrating. Because yes, there IS good news for the environment if you look for it.

And if you're in holiday mode and looking for a sustainable gift, we've got you covered. Check out our list of great eco-friendly holiday gifts for all the eco warriors in your life. Or you could simply gift a tree, the best gift of all! 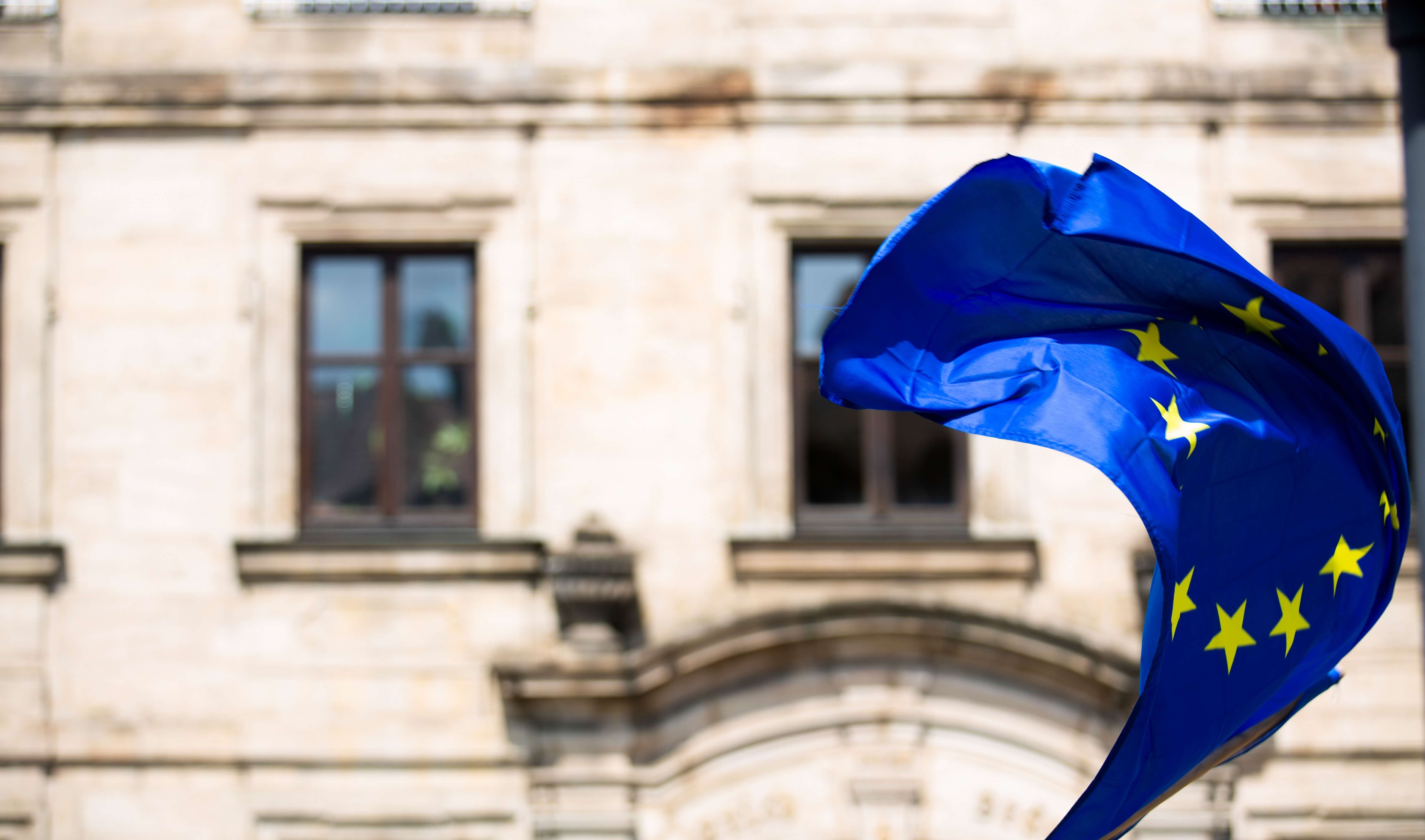 It may not sound like good news, but it is. Trust us.

The European Parliament passed a resolution declaring that the current changes to our environment are in fact a climate emergency. While largely a symbolic move, it does come with a number of efforts by the countries of Europe to change course. They declared they need to reduce emissions by a whopping 55% by 2030, and want all relevant legislation passed in the parliament to align with keeping global warming below 1.5 degrees celsius.

Recognition of the climate emergency by countries is taking off, and attaching specific targets to that recognition is one way to put it to an end. 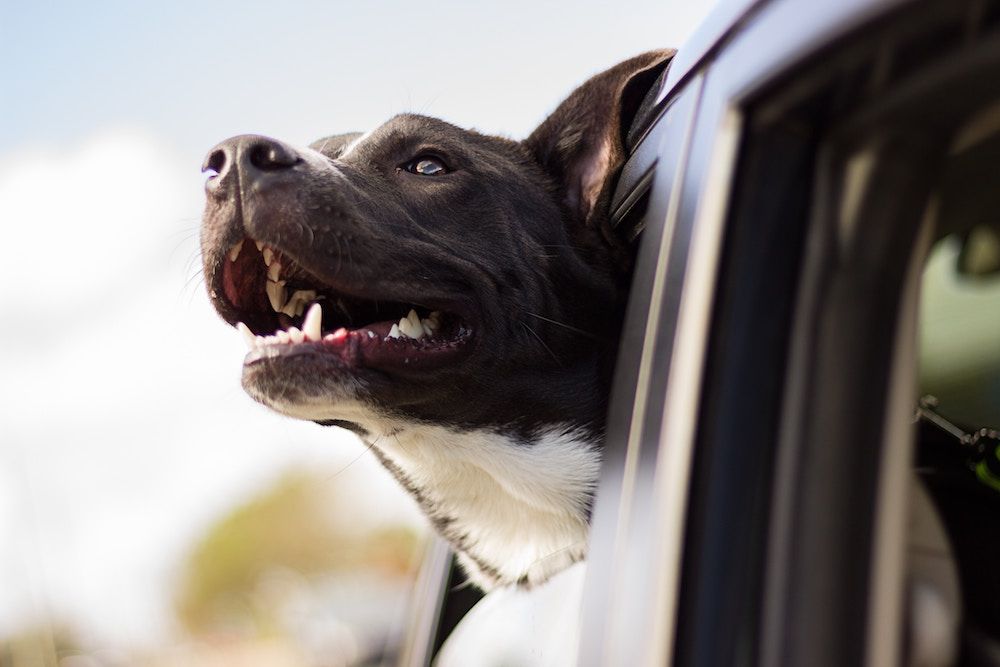 2. Animal Cruelty is Now a Federal Crime in the U.S.

It's official! The Preventing Animal Cruelty and Torture Act (PACT) is now the law of the land in the United States. As it should be, because all animals deserve to be loved - or at least left alone in peace. The new law creates fines and prison sentences for animal cruelty of up to seven years, will make it easier for prosecutors to address cases that cross state lines, and will add more resources for animal cruelty cases. This is also doubly good news because it was a bipartisan bill, and is one of the few signs of unity and agreement in American politics currently. If we can agree on this, perhaps there's hope for more agreements to come.

Whether it's home pets or outdoor wildlife, animals should be treated with respect, and it's great news that the law is on their side!

3. South Korea Will Shut Down 1/4 of Coal Plants for the Winter

In an effort to reduce air pollution, South Korea will shut down a quarter of their coal-fired power plants, with a goal of closing even more in the future. The country declared a "social disaster" after several cities experienced record high levels of air pollution last winter. South Korea's energy ministry said that shuttering the coal plants for the winter months would reduce fine dust emissions by 44% over the next three months compared to the same period one year ago.

The move comes as a result of pressure from citizens who are demanding cleaner air, as well as a presidential committee who recommended a move away from coal. This just goes to show that change is possible! Even in places that have not focused on clean energy in the past. 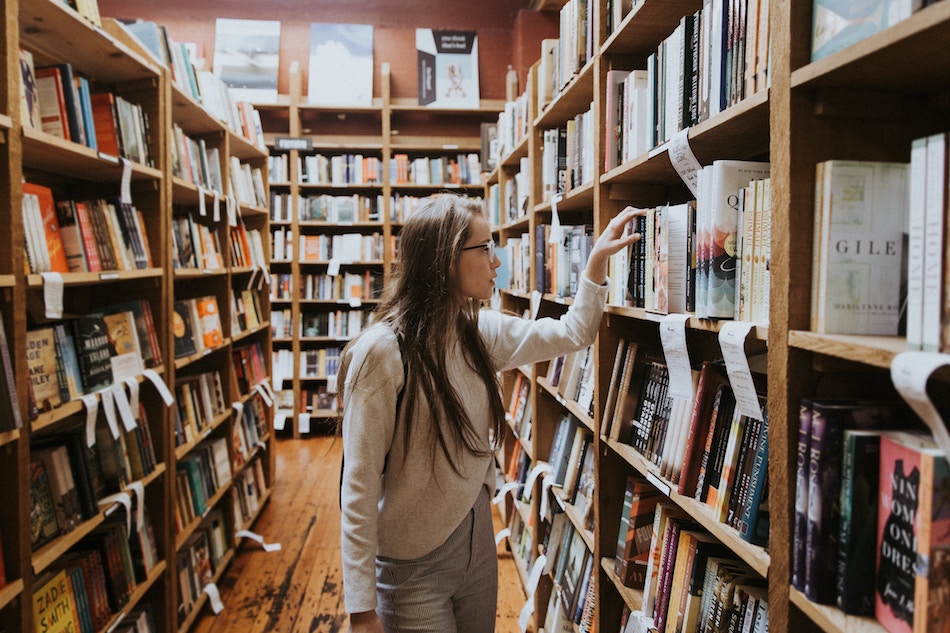 With all the flooding in November, it must be pretty difficult for Venetians to ignore the impact of global warming on rising sea levels. On top of this, droughts in other parts of Italy saw a 57% decrease in the harvest of certain crops.

That's why starting in January 2020 Italian school children will receive a mandatory 33 hours of climate change and environmental sustainability lessons every year. Students will learn about the U.N. Sustainable Development Goals, the 2030 Agenda for Sustainable Development, and are even being encouraged to take part in student climate protests!

Italy is the first to implement climate change education across the country. And why not?! Knowledge is power! 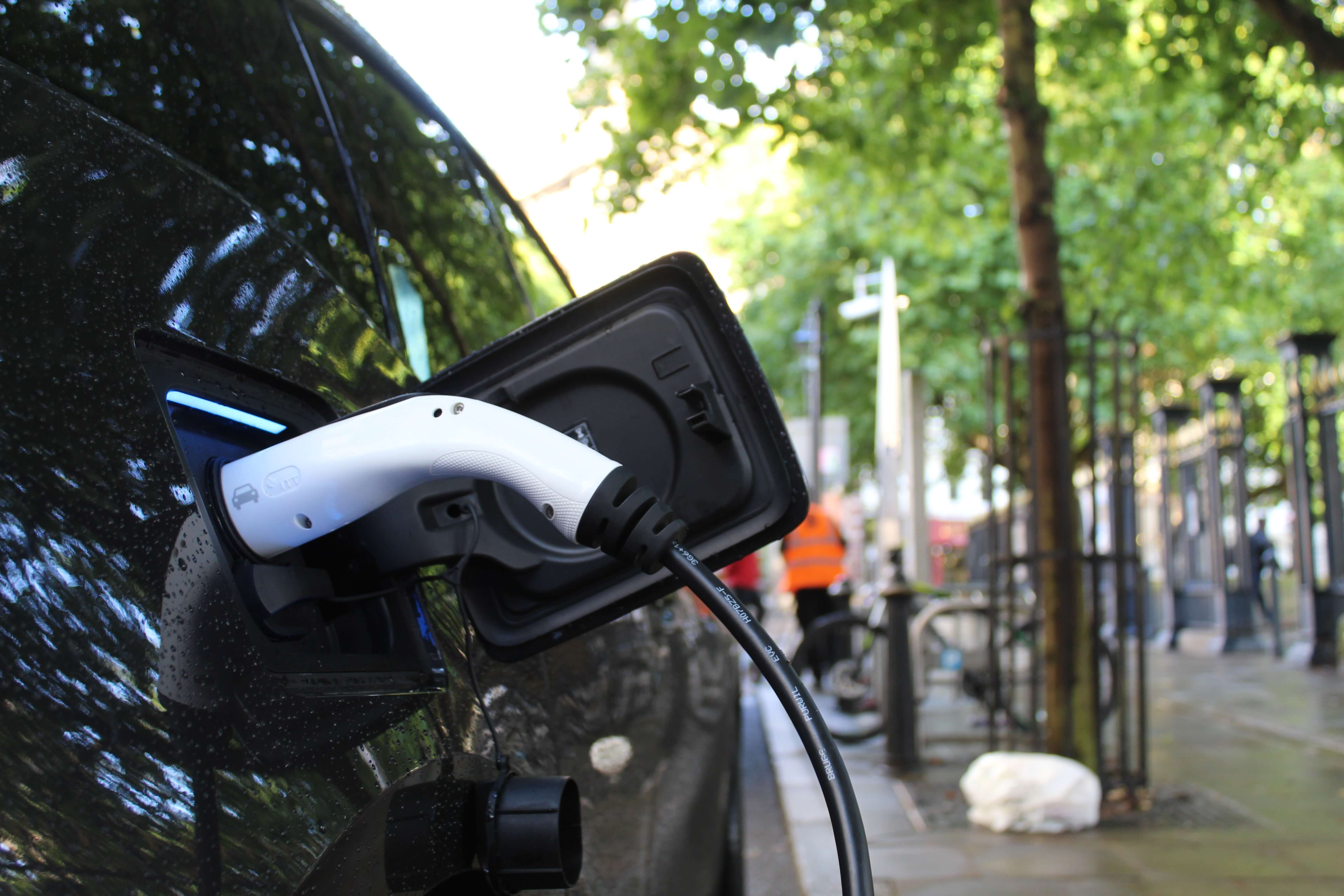 5. California Government to Only Buy Tesla's (sort of)...

The Golden State is once again leading the pack for environmental policies.

Starting immediately, the California state government will only be purchasing electric vehicles for its operations. While there are a few exceptions like emergency vehicles (which aren't readily available in electric), the state government currently has about 51,000 trucks and cars in its fleet, of which only 6% are currently electric.

Even more impressive is that starting in January, California will no longer purchase vehicles from manufacturers who do not agree to the state's voluntary clean emissions standards! 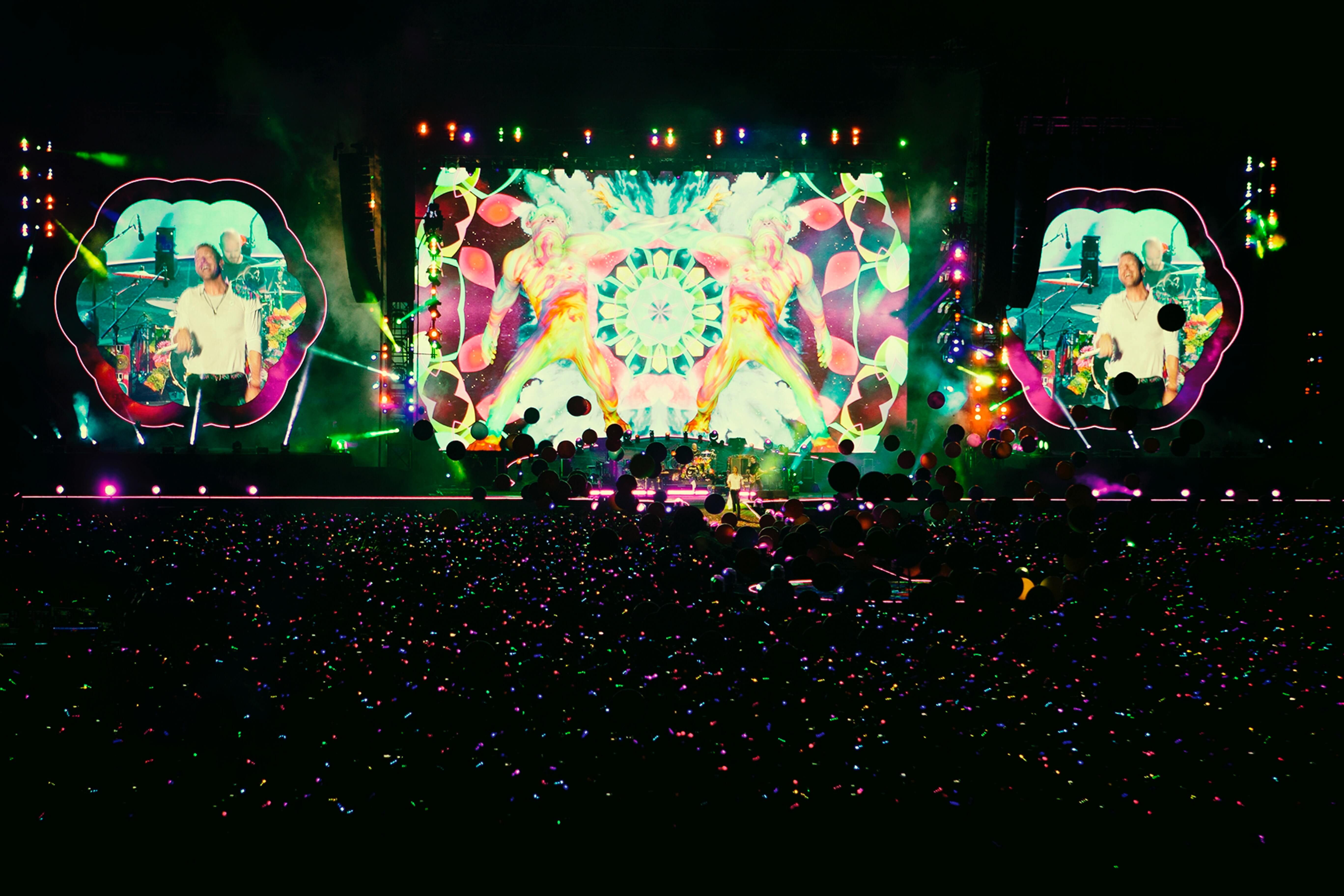 No matter what you think about their music, it's undeniable that Coldplay is trying to do the right thing.

Coldplay has decided not to tour for their new album until they figure out how they can minimize (or even eliminate) the environmental damage it could cause, as well as create a positive benefit on top of that. Touring for the better part of a year means a lot flights, driving, and waste, so the members of Coldplay are looking into how they can eliminate plastic waste and use renewable energy to power their shows. Maybe they'll even plant some trees along the way!

A collective of more than 300 clothing brands spoke out against Black Friday, noting that the annual day of extreme sales has environmental consequences.

The brands recognized that the overproduction of products and deep discounts causes more waste as people begin purchasing products they really don't need. Instead, they encouraged people to take the day to look through their closets and see what they can repair, reuse, or recycle.

On top of all the increased production brought on by Black Friday, the growth of online sales means there are plenty more delivery vehicles on the road emitting lots of carbon emissions.

Having big fashion brands speak out against the "fast fashion" industry and consumerist culture is a sign that the times may be changing! 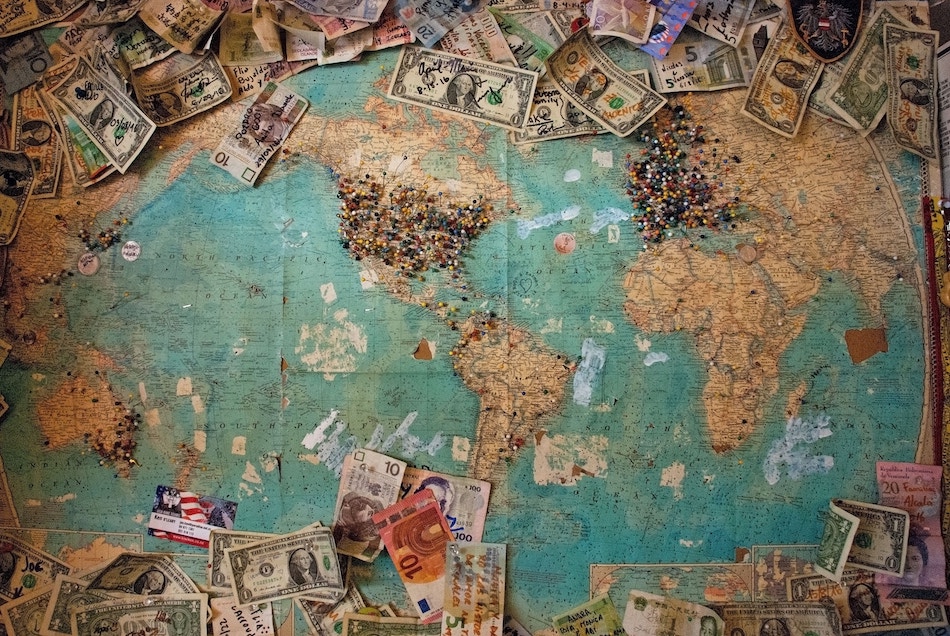 8. The European Investment Bank is Divesting from Oil and Coal

In a world where capitalism rules, banks hold a lot of power. And it's high time they use it for good!

The European Investment Bank (EIB) has announced that it will stop funding most oil and coal projects by 2021 in an effort to solidify its identity as a pro-climate bank. Essentially what this means is that any energy projects applying for funding from EIB will need to follow much stricter guidelines in terms of emissions or technologies used, so that only the most eco-friendly projects will be approved.

The EIB is the lending arm of the European Union, and the biggest multilateral financial institution in the world, as well as one of the largest providers of climate finance. While some might say this decision is at least a decade late considering the bank's focus on climate, we'll just celebrate the good news as it comes.

Can you imagine what our world would be like if we implemented all the changes we needed to reverse climate change now?

Well you don't have to, because a new film was just released to explore that question! Released in Europe first (coming to North America in 2020), the documentary speaks with experts and policy-makers who are identifying and addressing the world's biggest problems and imagining a world where we no longer worry about global warming, species extinction, or rising sea levels.

It's always good to escape the dystopian rhetoric and dream up a utopia of our own!

Though Black Friday (we like to celebrate Green Friday around here) has passed, the rest of the holidays are just around the corner, so make sure you get something for everyone on your list.

Just a hint: planting one tree only costs one dollar but it's a gift that can last a life time or more!

Make sure to check out all the other good news from 2019 as well.