In 2013, the UN General Assembly established March 3rd as UN World Wildlife Day to “celebrate and raise awareness of the world’s wild animals and plants.” And the historical significance of this day didn't start there. on March 3rd, 1973, the Convention on International Trade in Endangered Species of Wild Fauna and Flora (CITES) was established as the first international agreement intended to ensure that the trade of wild animals and plants won’t threaten their survival.

Since then, World Wildlife Day has evolved to become the most important annual global event dedicated to wildlife, and we're thrilled to join the UN in spreading awareness and engagement around this important topic.

Each year, the UN focuses on a specific theme for this day. 2020’s theme is “Sustaining all Life on Earth,” which highlights the role of all wild animal and plant species in comprising the world’s biodiversity. Planet Earth is teeming with an incredible diversity of life forms that work in tandem to create and nurture life. The results of this can be observed everywhere from a tiny crack in a NYC sidewalk to the primary forests of the Ecuadorean Amazon.

In honor of this year’s theme, we’d like to recognize everything that wildlife species, big and small, do to help trees and forests. Because while there’s a lot of (well-deserved) talk about how trees support all life by providing food, habitat, and other essential ecosystem services, wildlife species also remain the unsung heroes of tree conservation and regeneration.

So how exactly do wildlife support the health of our forests? 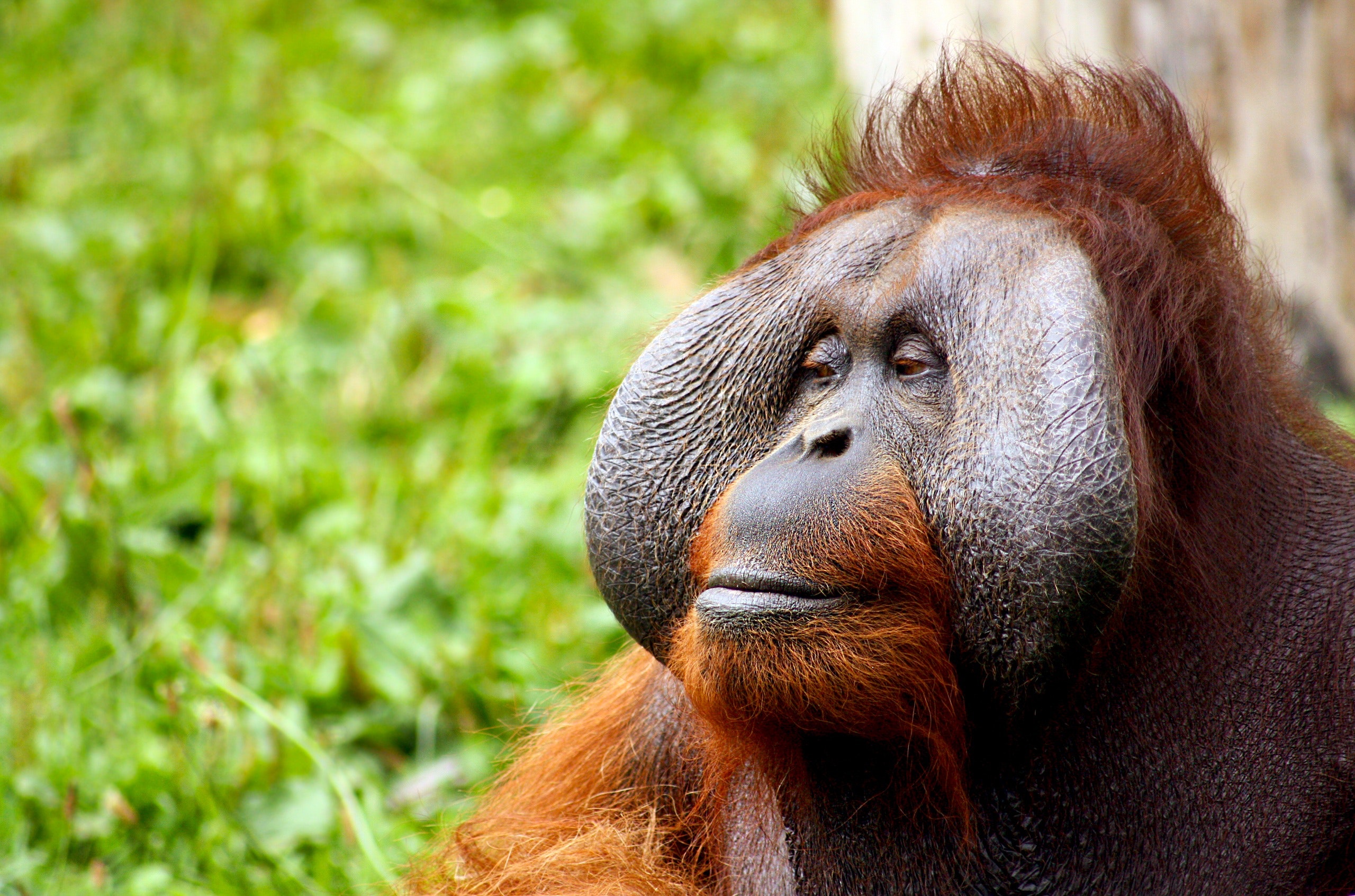 1. Trees depend on wildlife to disperse their seeds.

When it comes to spreading their genetic material, trees definitely get creative. From hardy Mangrove propagules that can live up to a year at sea to explosive Sandbox capsules that launch seeds at speeds of up to 160 mph, it’s clear that they put a lot of energy into dispersal. To that end, many species have successfully lured other life forms into fulfilling their reproductive aspirations. One striking example of this can be found in Southeast Asia, where Orangutans aid dispersal by eating fruits whole, then expelling the seeds in their droppings. In one study, scientists found 828 seeds in one fecal sample! And because droppings create a nice, moist environment for the digested seeds, successful germination is much more likely. Clearly, they’ve earned their title “man of the forest.” 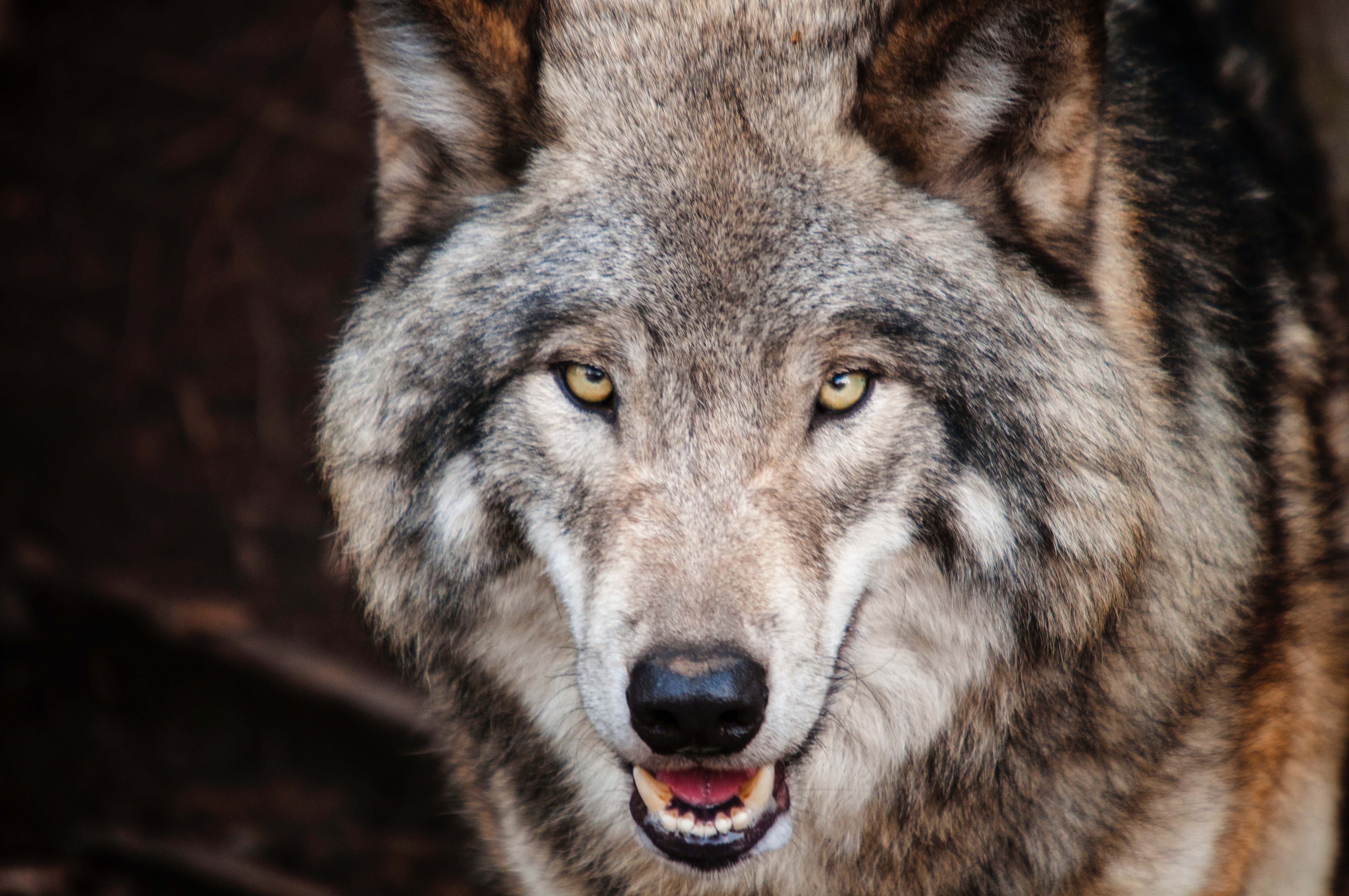 2. Trees depend on wildlife to keep herbivores in check.

In recent decades, scientists have found that large predators play an essential role in protecting the ecosystems they call home. How do they do this? By keeping voracious herbivores in check! Consider the story of the wolves in Yellowstone National Park: in 1920, they disappeared completely due to aggressive hunting, and the entire ecosystem suffered. For 70 years, Elk herds increased their numbers exponentially by consuming the aspens, willows, and cottonwoods that lined streams. Vegetation declined and other wildlife species left. When the wolves were finally reintroduced, they kept the Elks on the move and as a result, the trees were able to recover. When the trees recovered, their roots stabilized stream banks and slowed the flow of water through the ecosystem. Then, the other animals came back. All of this was made possible by returning the wolves to their rightful place home. 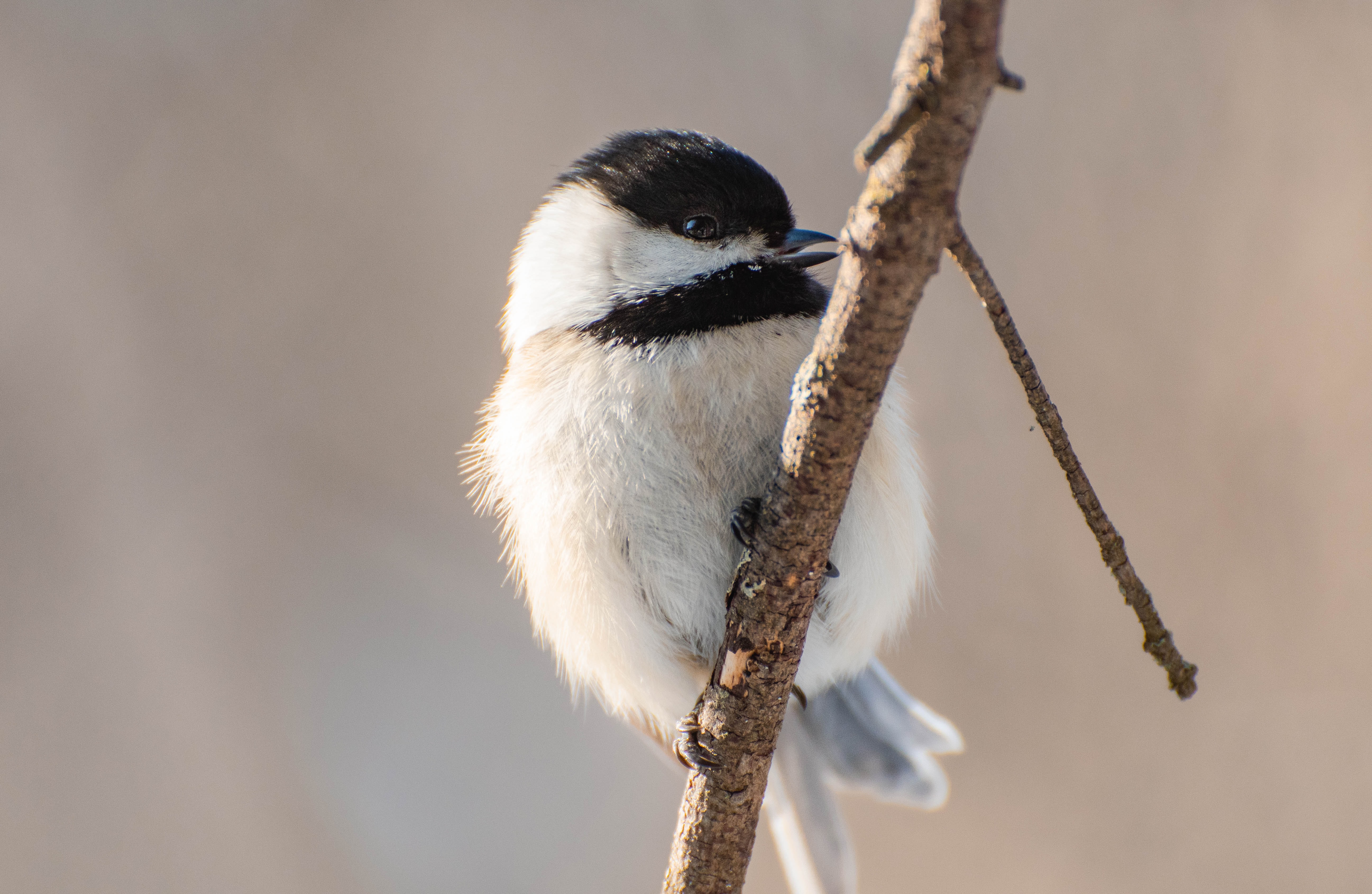 3. Trees depend on wildlife to control insects.

Because trees can live for centuries, they spend their lives in the slow lane. This allows them to grow strong and steady, developing thick bark and intricate root systems and storing massive amounts of carbon. It also leaves them vulnerable to voracious insects who work their way up their trunks, into their bark, and to the tips of branches where leaves stretch towards the sun. Thankfully, birds often step in to help, in a symbiotic relationship that fills their bellies with much-needed protein and saves trees from being eaten by species like leafhoppers, caterpillars, and grasshoppers. Some birds, like chickadees, can consume up to 1,000 bugs a day! How’s that for natural pest control? 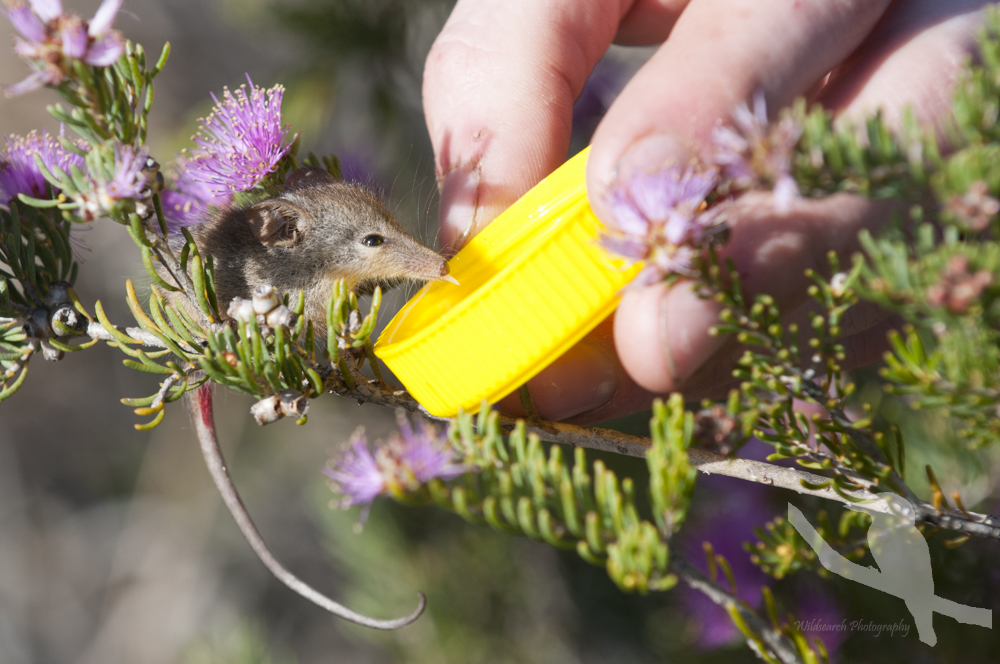 4. Trees depend on wildlife for pollination.

We’re all familiar with how vital bees, butterflies, and hummingbirds are to pollination—and, therefore, our entire food supply. So important, in fact, that engineers have created mechanical bees as a safeguard against the total collapse of bee populations. But did you know that in some forests, 4-legged creatures have taken on this vital role? In Australia, adorable mouse-sized Honey Possums drink the nectar of Banksia and Eucalyptus flowers. Their long noses get dusted with pollen while they feed, which is then passed on to the next flower they visit. Does that give new meaning to the phrase “sticking your nose in other people’s business,” or what? 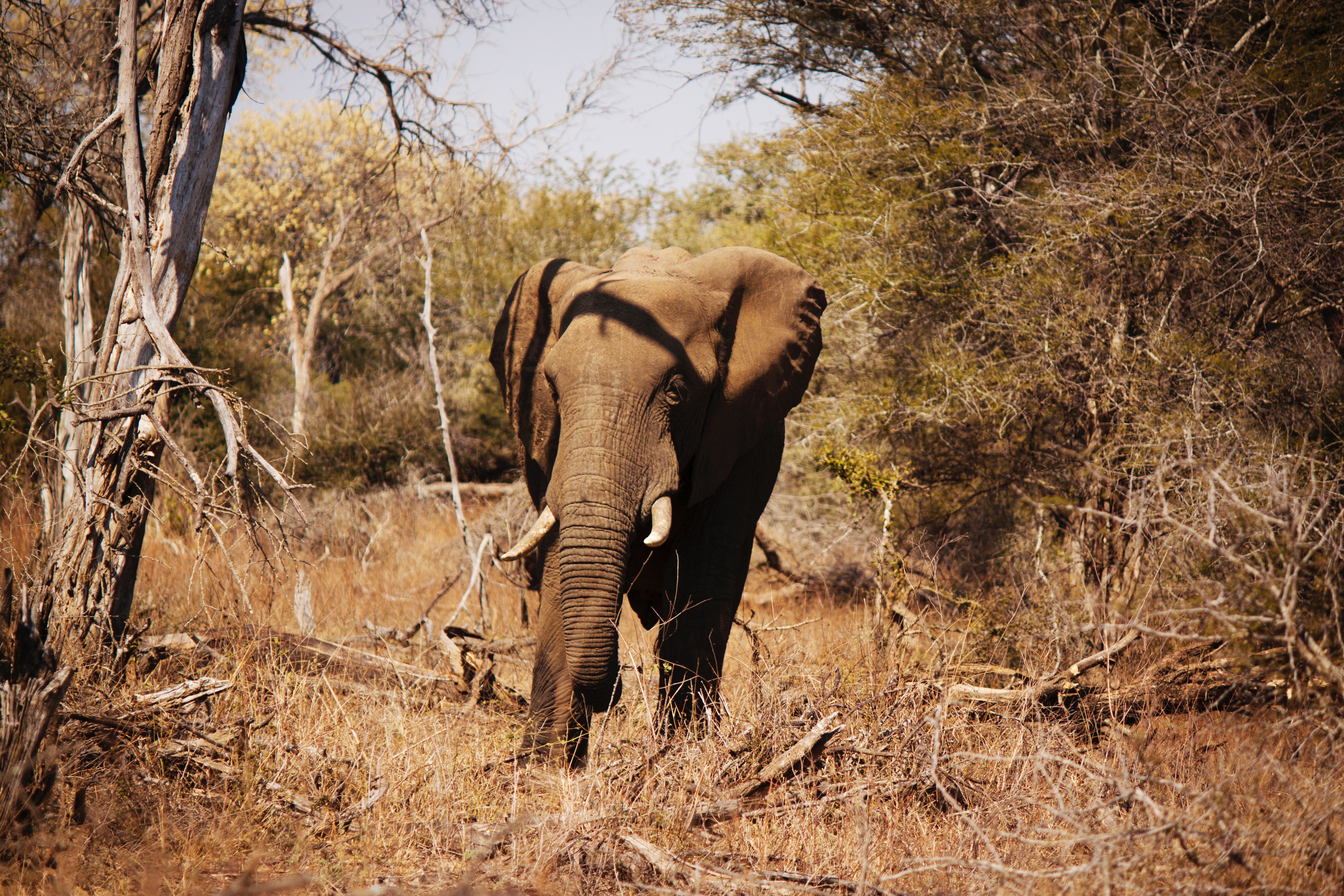 5. Trees depend on wildlife to thin their ranks.

While this may sound counterintuitive, sometimes eating trees is the best thing that an animal can do for a forest. In central Africa, Forest Elephants eat thinner, faster-growing trees, making room for their slower, denser counterparts to grow and thrive. In turn, these slower, denser trees store massive amounts of carbon and provide other ecosystem services with less competition for resources from other plants. We don’t know about you, but eating an entire tree, even if it is “small,” sounds like a tall order. Luckily, African Elephants are more than up to the task! 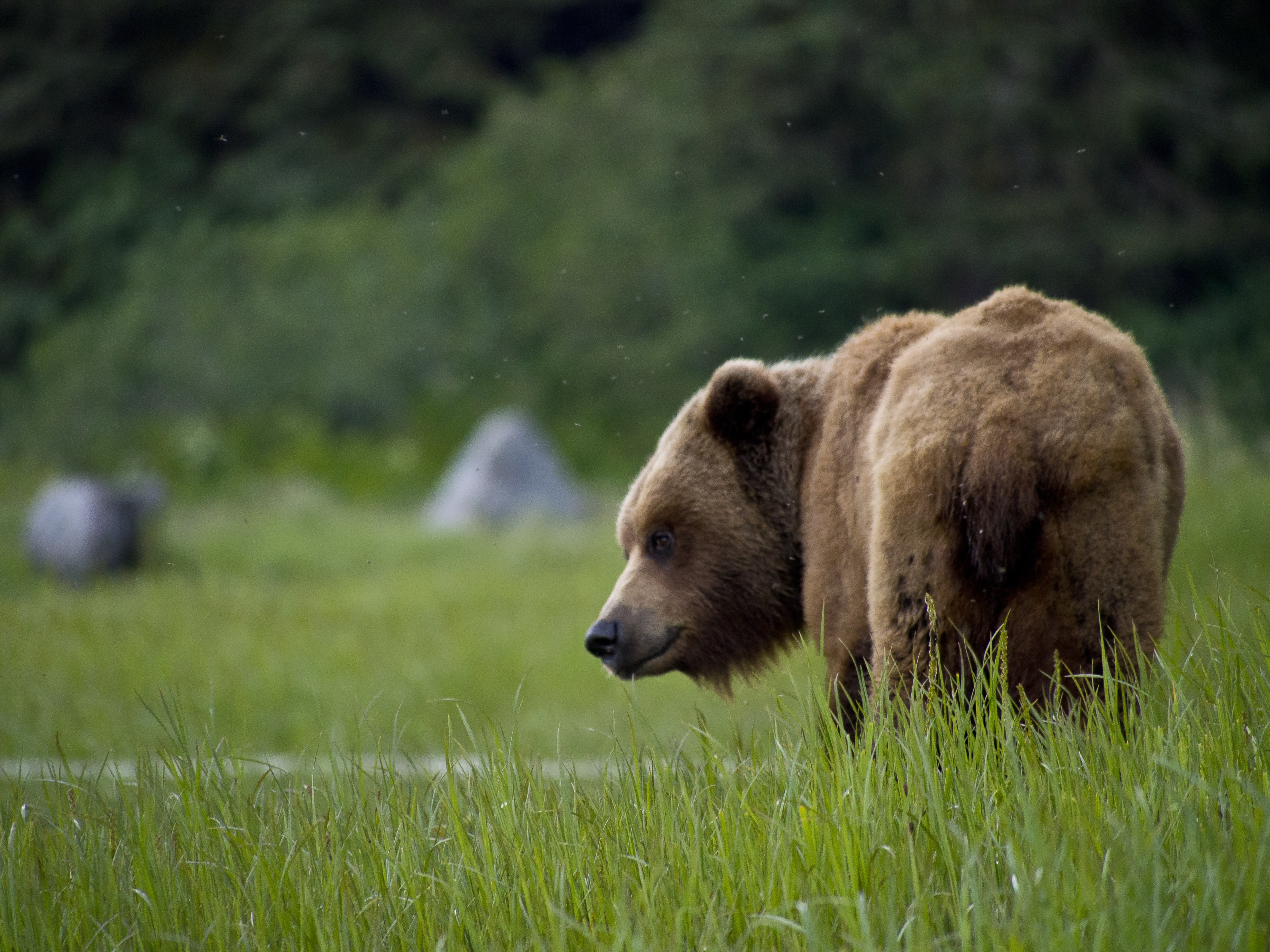 6. Some wildlife species actually germinate seeds while they digest

In Japan, Bears help Cherry trees by eating their fruit, germinating the pits inside their digestive systems, and then conveniently depositing them in piles of fresh fertilizer. How does this work? Their stomach acids and digestive enzymes wear down the cherry’s hard seed coats without harming the seeds, making them more permeable to water and, therefore, easier to sprout. Talk about giving back! 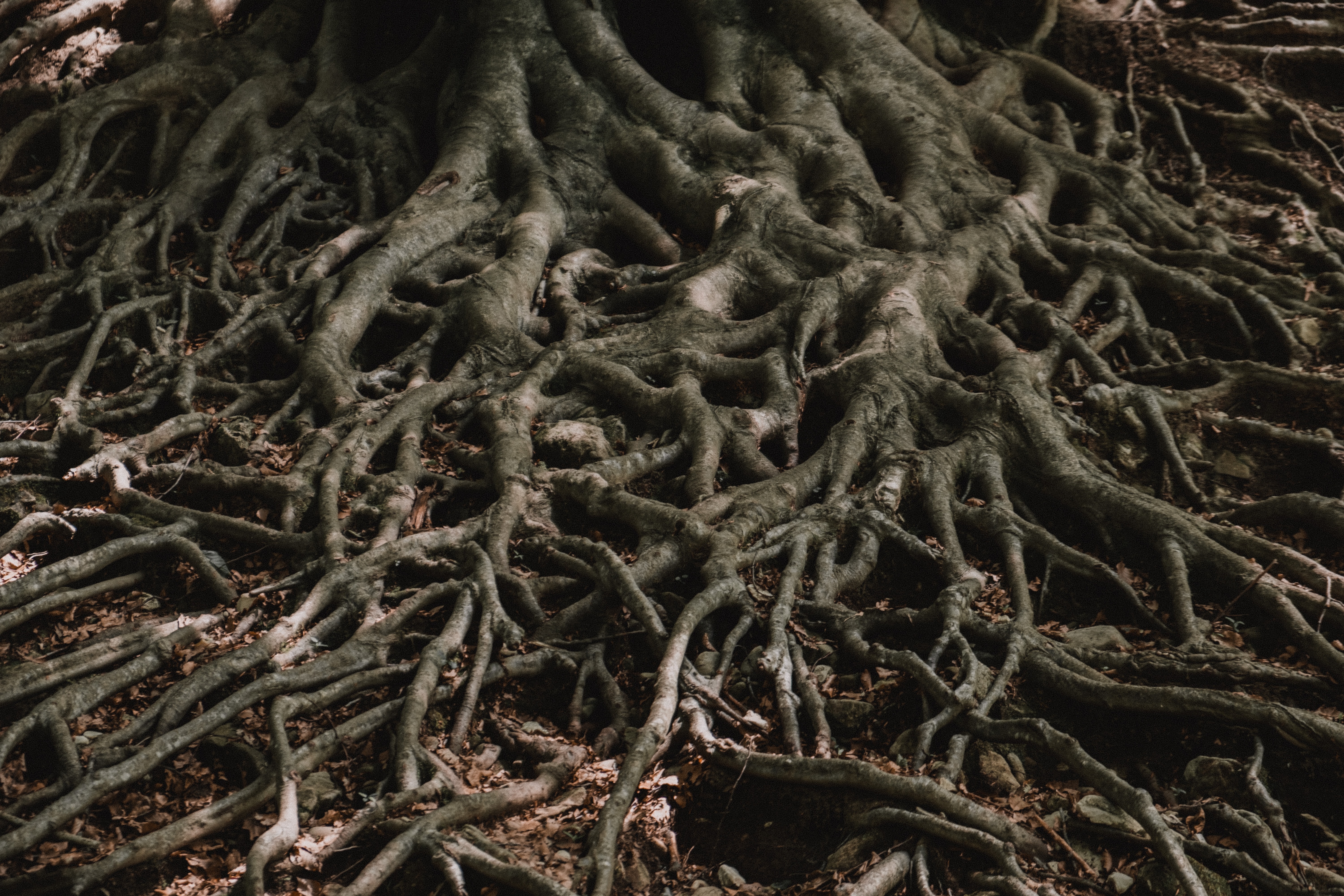 7. Trees depend on wildlife to fix carbon and absorb nutrients.

Trees everywhere depend on mutualistic relationships with mycorrhizal fungi. In return for protection within special mycorrhizal roots, the fungi procure scarce nutrients like phosphate and nitrogen and transfer them to their host tree. This, in turn, helps the trees to pull carbon from the atmosphere and transform it into sugars (energy) and oxygen. One well-studied species, Laccaria bicolor can be found in the birch, fir, and pine forests of North America. Without fungi, 85% of terrestrial ecosystems would be in serious trouble!

So there you have it! Nature always finds a way, and if you look closely, you’ll see that, in the forest, everyone from the biggest elephant to the tiniest microbe has something to contribute. In honor of World Wildlife Day, let’s work together to plant trees and protect wildlife so that they can continue to work together to keep our planet green!