The World’s Oldest Forest Has Been Discovered in New York

Is New York the first place you think of when you conjure up the image of ancient forests? It should be now that a fossil record of the planet’s oldest forest has recently been discovered in an abandoned quarry in Cairo, New York.

Why is this discovery significant?

It suggests that modern plants evolved earlier than previously thought, and have therefore had a longer impact on Earth’s climate and ecology. Scientists are incredibly meticulous when it comes to reconstructing history through the Earth’s fossil record, but this is only the 3rd forest from the mid-Devonian period, and the new discovery means some Paleozoic timelines will need to be updated. 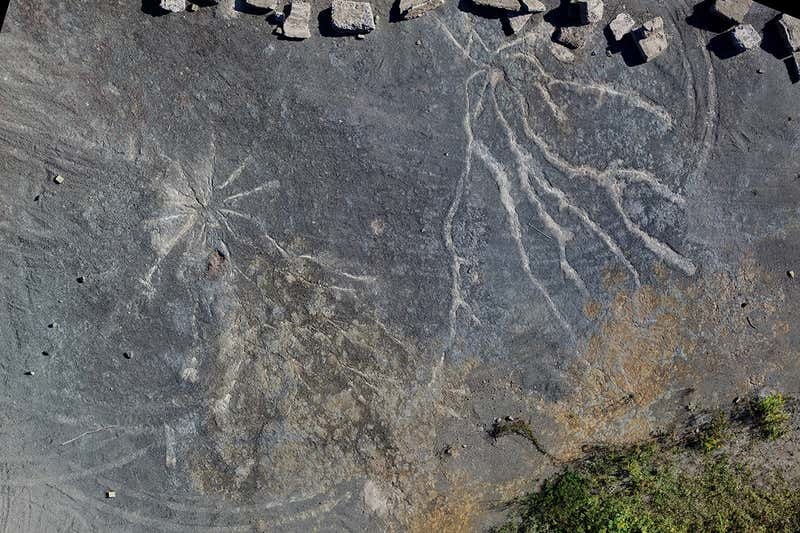 Finding well-preserved fossils of long-gone root systems is basically the holy grail if you’re a paleobotanist, but the real appeal for your everyday nature-lover is the opportunity to look back and marvel at how our terrestrial world came to be – and just how important trees have been in this origin story.

We all know that life on Earth began in the ocean, and that’s true for plants as well. The first plants began to colonize land around 430 million years ago, but it took some time for them to evolve and become complex. Things like developing vascular tissue, roots, and the ability to reproduce by seed were the critical evolutionary stepping stones for not only the development of what we now know as trees, but also the creation of soil and concurrent evolution of insects, vertebrates, and other organisms that relied on these plants.

Biodiversity didn’t just appear fully formed in some grand entrance of creation, it happened very slowly over millions of years, quite literally starting from single cells and learning to become something greater one tiny step at a time (see the below diagram from bottom to top to follow the evolution of plants). 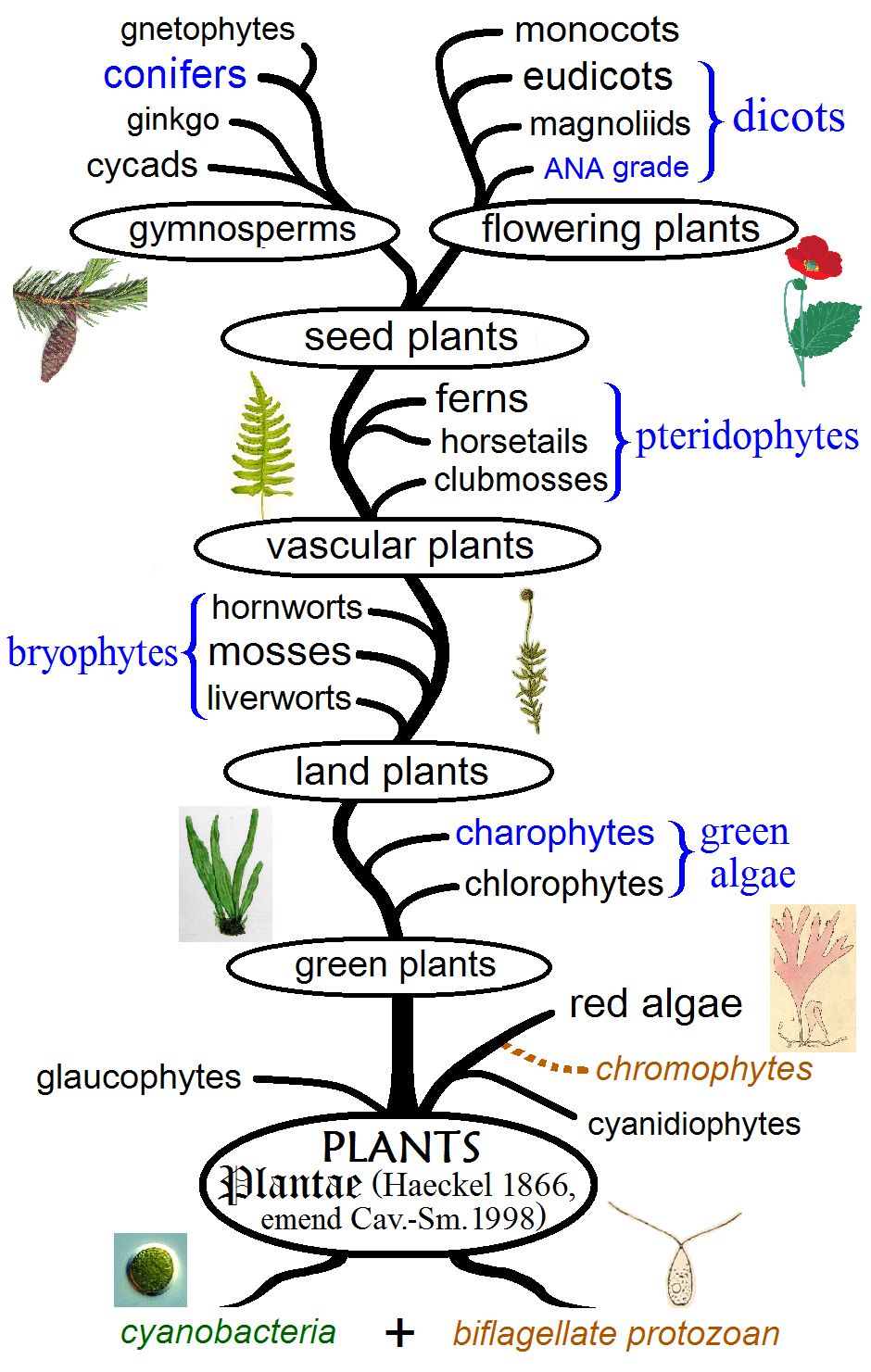 The evolutionary cradle of the Devonian and Carboniferous periods

The newly discovered fossil forest is from the mid-Devonian period, which lasted from 416 million to 358 million years ago, and is the 4th period of the Paleozoic era. It came before the better-known Carboniferous period, which is when enormous trees and forests dominated the landscape, increasing atmospheric oxygen from 21% to 35% (which also resulted in large sized insects and amphibians) while decreasing and sequestering large amounts of carbon to create the coal we’ve since begun to use as fuel.

The lesser-known but essential precursor to all those climate-altering forests, the Devonian period, is when plants really started to form Earth’s first forests, consisting of lycophytes, horsetails, and ferns. It was during the Devonian period that Archaeopteris finally evolved, also known as the first successful trees – with a softwood trunk that grew sequential rings. The new fossils show that Archaeopteris evolved about 2-3 million years earlier than previously thought, and have therefore had a longer impact on Earth’s ecology, geochemical cycles, and atmosphere.

Another specimen in the new discovery is still a bit of an uncertainty, but scientists believe it maybe be part of the class Lycopsida – which are the direct ancestors to all those carbon-sucking trees of the Carboniferous period.

What we know about the ancient forest is that there were no birds or large animals yet, just primitive insects, and that the trees had fernlike fronds instead of leaves or needles, giving them a hair-like appearance. 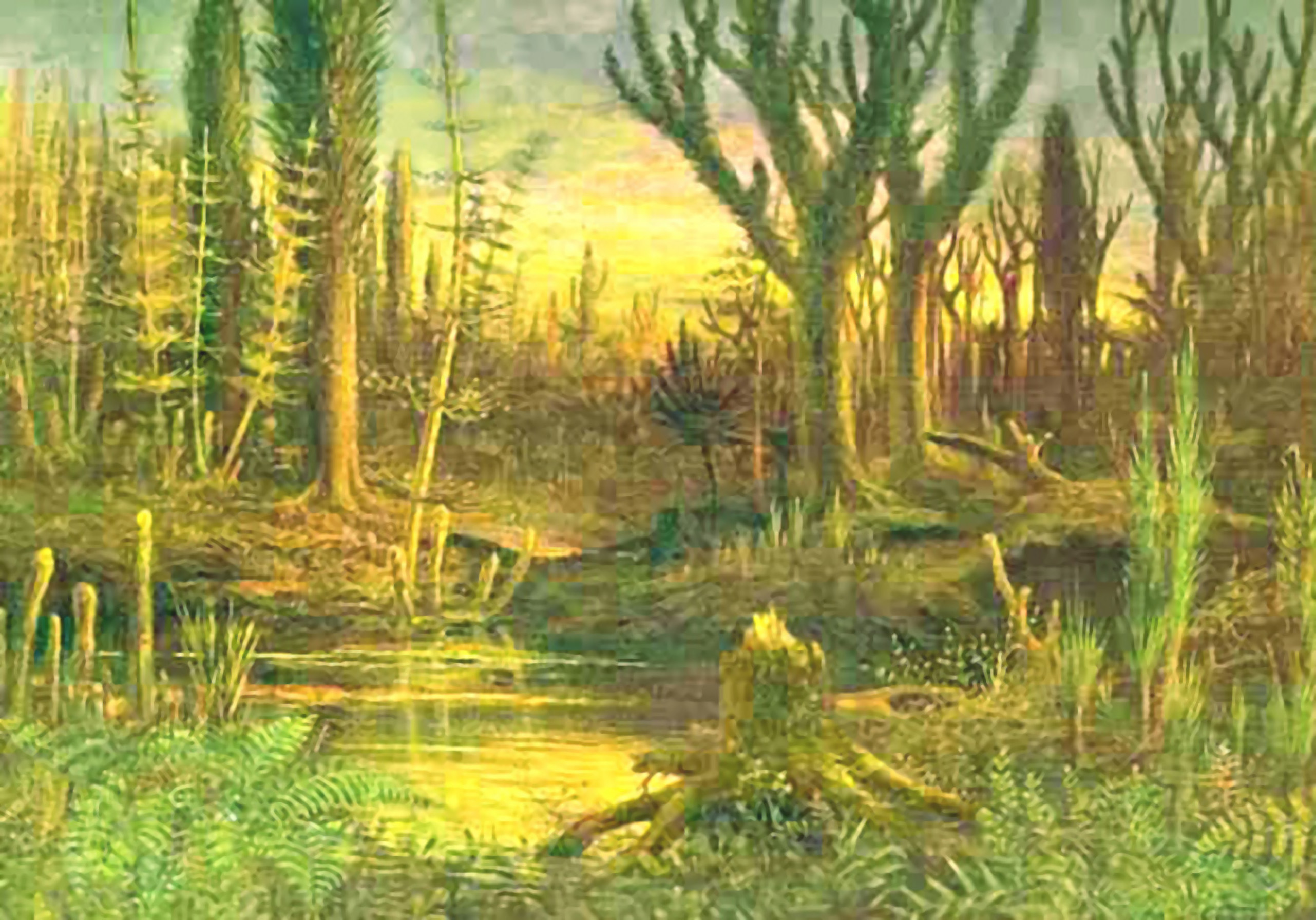 The value of today’s 360 perspective

A few million years might not seem like much in the grand scheme of Earth’s history, but it is very significant in how scientists account for the evolution of trees, and their long-term impact on our terrestrial world. It means the environmental changes that occurred were the result of a longer, slower process.

There’s always more to learn for anyone who loves to geek out on all things TREES, but we now have the privilege of millions of years of collective science and data that are loud and clear about the most important point here: our planet is extraordinary, and plants are the key to life! We also know that humans can and do impact the biosphere, and that an abundance of trees can cool down the atmosphere.

Reforestation doesn't replace the need to reduce the burning of fossil fuels, but it can definitely have a beneficial and balancing effect on our climate, so plant a tree to make a positive impact today.

The Mid-Devonian artistic representation that is the feature photo for this article was created by artist by Zdeněk Burian.