A climate crisis is upon us. What should we do?

As climate change progresses and its deleterious effects become more evident, advocacy groups, politicians, and international organizations are beginning to call our current situation what it really is - a crisis.

Changing the verbiage doesn't make it any less problematic, but calling it a climate crisis (or emergency) connotes a certain sense of urgency, pushing people to take action. And that's great!

In case you needed any more convincing that the warming of our planet is in fact a crisis - or maybe you need to convince someone else - here are 5 facts you may not have known. And because we are all about making a difference, included are 5 solutions that could improve our chances of fixing the damage already done. 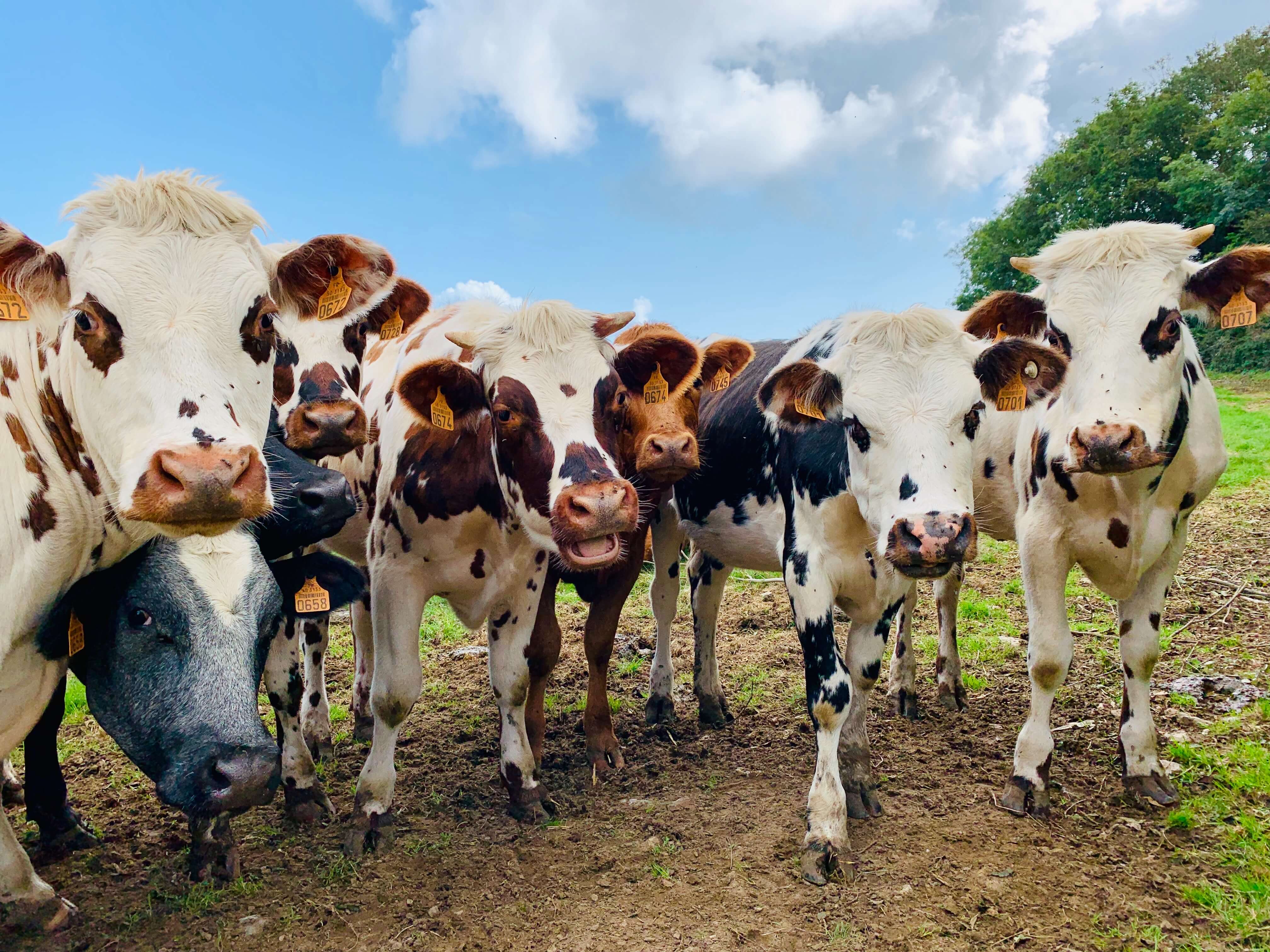 1. Big beef and dairy are on track to be worse than big oil.

Though big oil companies have their fair share to be accountable for, beef and dairy production are on track to become the world’s largest greenhouse gas emitting industries by 2050, potentially making up 81% of global emissions.

On top of the methane emissions from livestock rumination, meat and dairy production is a leading cause of deforestation which releases even greater amounts of CO2 (not to mention eliminates potential carbon sequestration in the future).

A 2018 study found that when taking into account entire supply chains (fertilizer production, growing of feed, transport, etc), the combined emissions of the top 5 global meat and dairy producers exceeds that of the top oil producers like Exxon-Mobil, Shell, and BP.

Solution: Eat less meat and dairy! Transitioning to a less meat-centric diet can have a dramatic impact on your carbon footprint. Beef production, for example, is 20 times more land and greenhouse gas intensive than beans. Even switching to chicken would reduce emission sevenfold compared to beef.

You don’t even need to completely cut out hamburgers from your diet (though it would make a bigger difference), just try Meatless Mondays. Going meatless once a week for a year saves the equivalent greenhouse gases as driving 348 miles in a car. 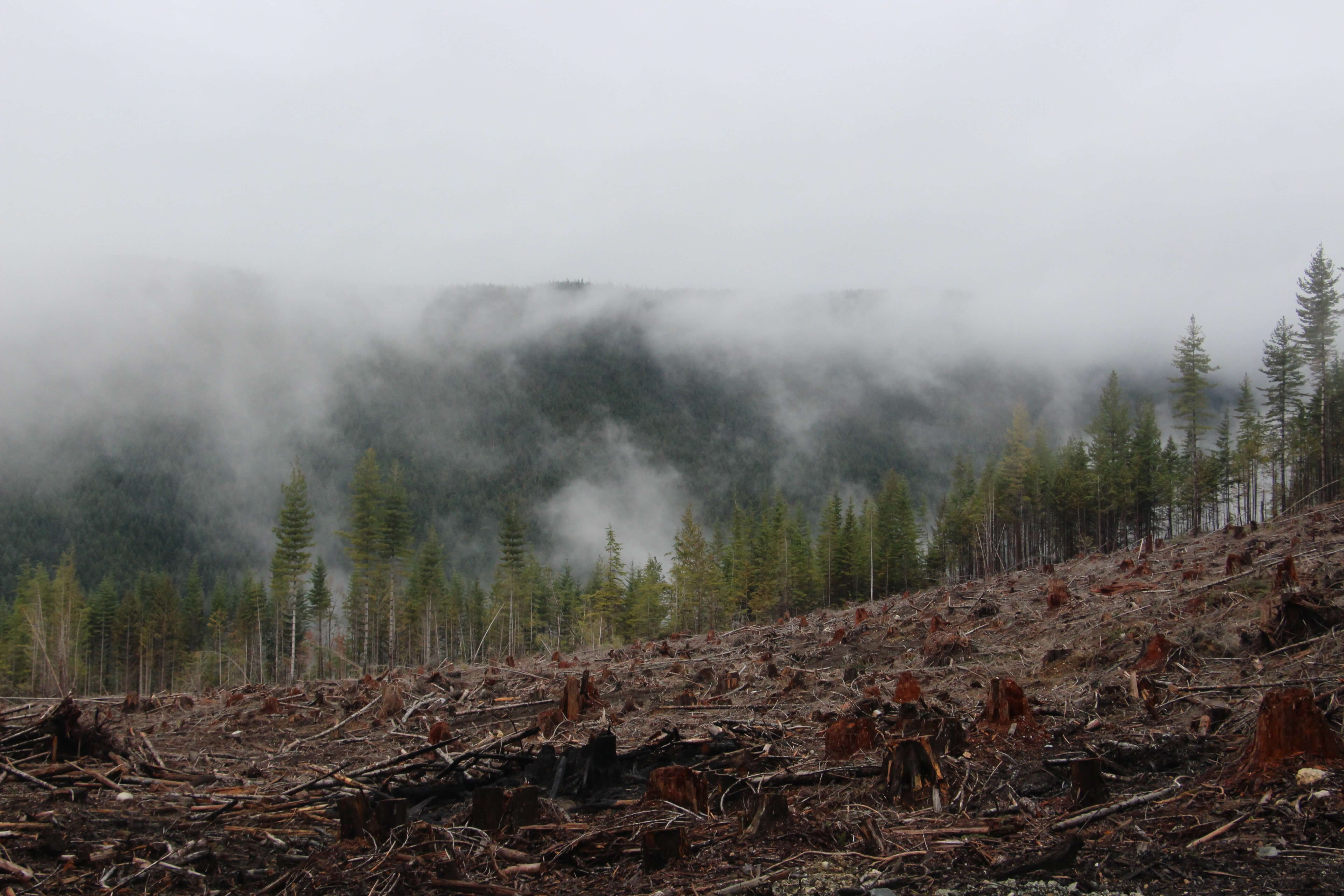 2. Deforestation is a leading driver of global GHG emissions.

While estimates vary, more than 10% of global greenhouse gas emissions caused by human activity can be attributed to deforestation.

As you probably know, trees are remarkably adept at storing carbon dioxide. Approximately 50% of a tree’s dry mass (trees being about 65% water) is made of carbon, but when they are cut down, that carbon is released back into the atmosphere causing elevated levels of GHGs to warm the planet.

Losing some tree coverage is natural, and even sustainable forestry is acceptable when done correctly. However, the rate at which humans are cutting down trees is unprecedented and untenable.

On average, we are losing one football field of forest each and every second, which means an area the size of Italy is destroyed every year. The rate of deforestation has doubled over the last 15 years, and destruction of critical tropical forests (mostly rainforests) has doubled in just the past decade.

Despite the high rate of deforestation and how critical trees are for capturing CO2 emissions, just 2% of funding for climate action goes towards protecting and expanding global forest coverage.

Solution: There are so many ways to stop global deforestation, some easier than others. Making a difference can be as simple as opting for paperless billing, using scrap paper, or eating a little less meat.

Nowadays, plenty of companies are investing in sustainable forest products by attempting to eliminate deforestation within their supply chains. Before buying a product, do your research and consider where its coming from and how it might affect the world’s forests.

Alternatively, if you want to be more involved, why not plant a bunch of trees! Reforestation is still regarded as the most affordable and effective climate change mitigation technology available on Earth. 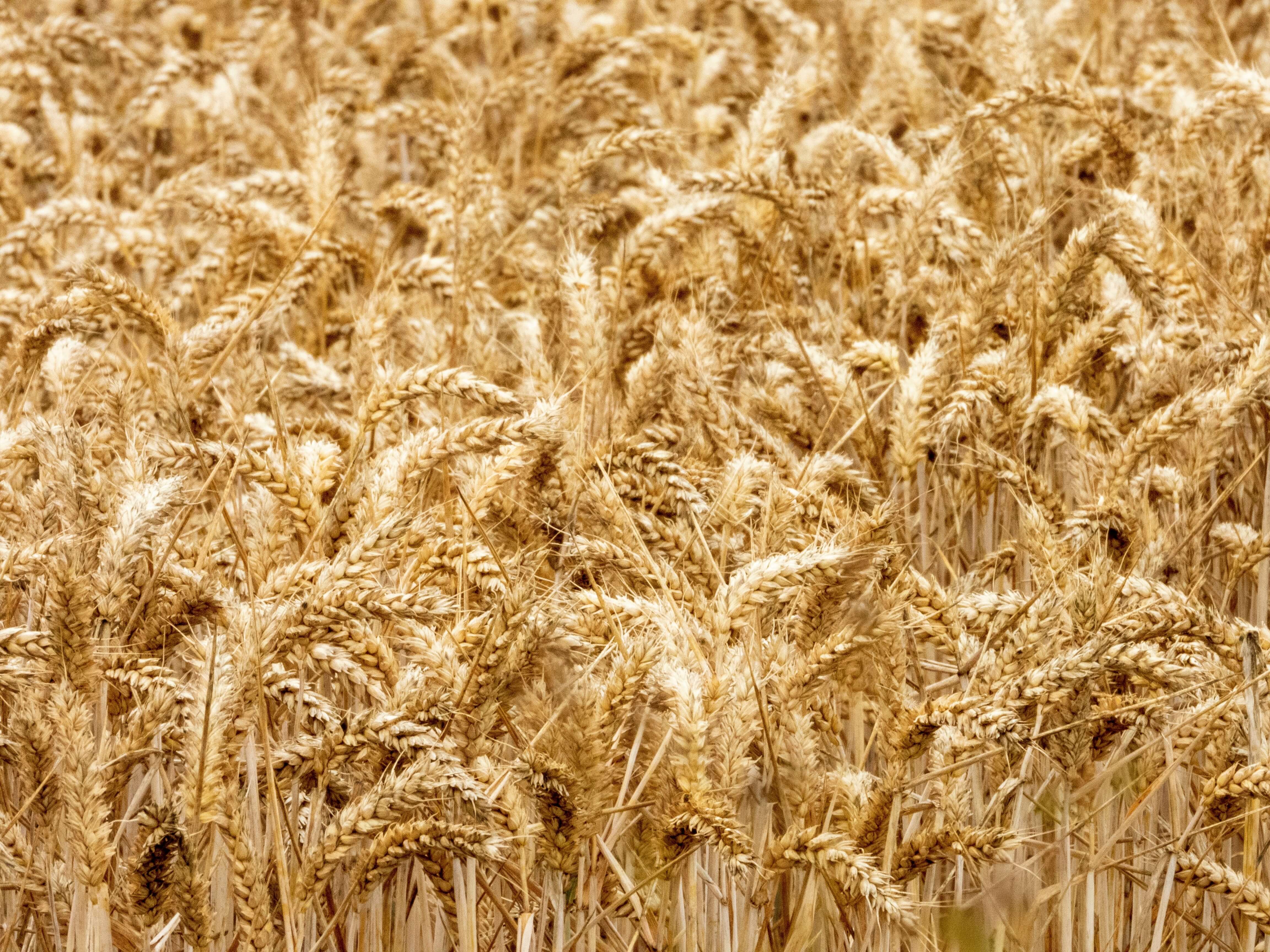 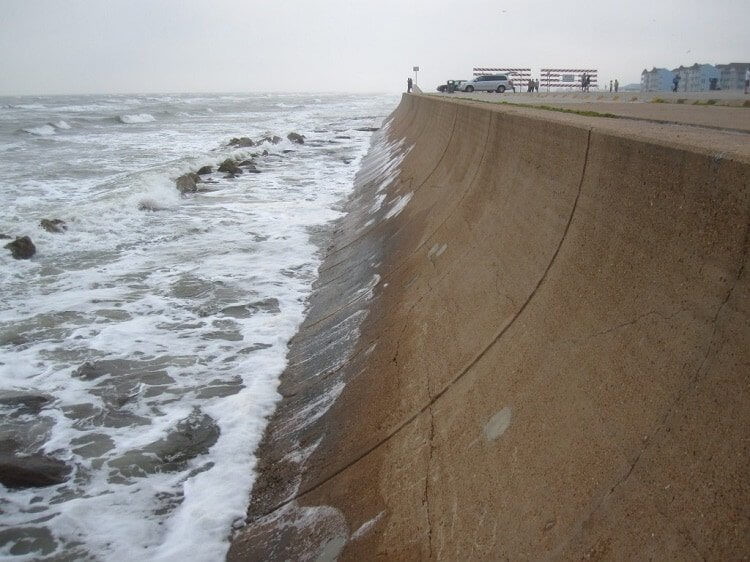 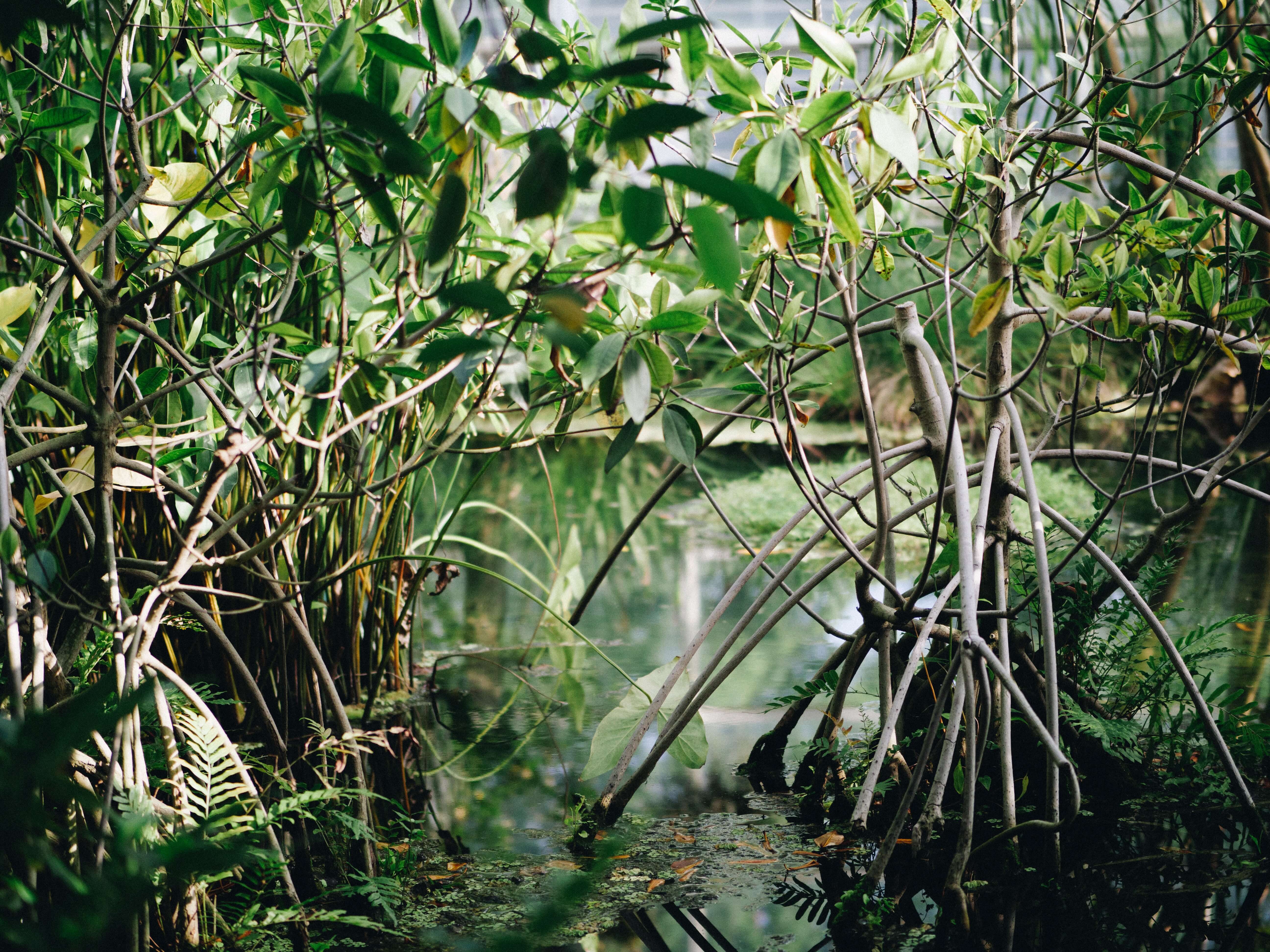 3. Nearly a billion people are directly affected by the crisis.

Droughts, flooding, heat waves, sea-level rise, and extreme and unpredictable weather are adversely affecting the lives of more than 11% of the global population, of which a disproportionate amount are impoverished.

The climate crisis will push over 100 million more people into poverty by 2030 if solutions are not found. Increasing crop failures will drive up the price of food, forcing poorer families to spend more money on feeding their family (poor households already spend up to 60% of their income on food).

People from Sub-Saharan Africa, Latin America, and South Asia will likely be forced to move due to these conditions. The number of internally displaced people in these regions alone could reach more than 140 million by 2050.

Solution: Investing in early warning systems, more resilient urban infrastructure, drought resistant crops, and even protecting forests and mangroves will mitigate the climate crisis’ impact on people in the future.

Bill Gates, former U.N. General Secretary, and World Bank CEO (currently on leave) Kristalina Georgieva recently released a report that a minimal investment in climate adaptation measures over the next decade would save lives and trillions of dollars. By investing just $1.8 trillion over ten years could save $7.1 trillion by reducing the costs associated with rebuilding after disasters, emergency aid, and so on.

1.8 trillion dollars may sound like a hefty price tag, but to put it into perspective, global military expenditure in 2018 alone was 1.8 trillion. We can do this. 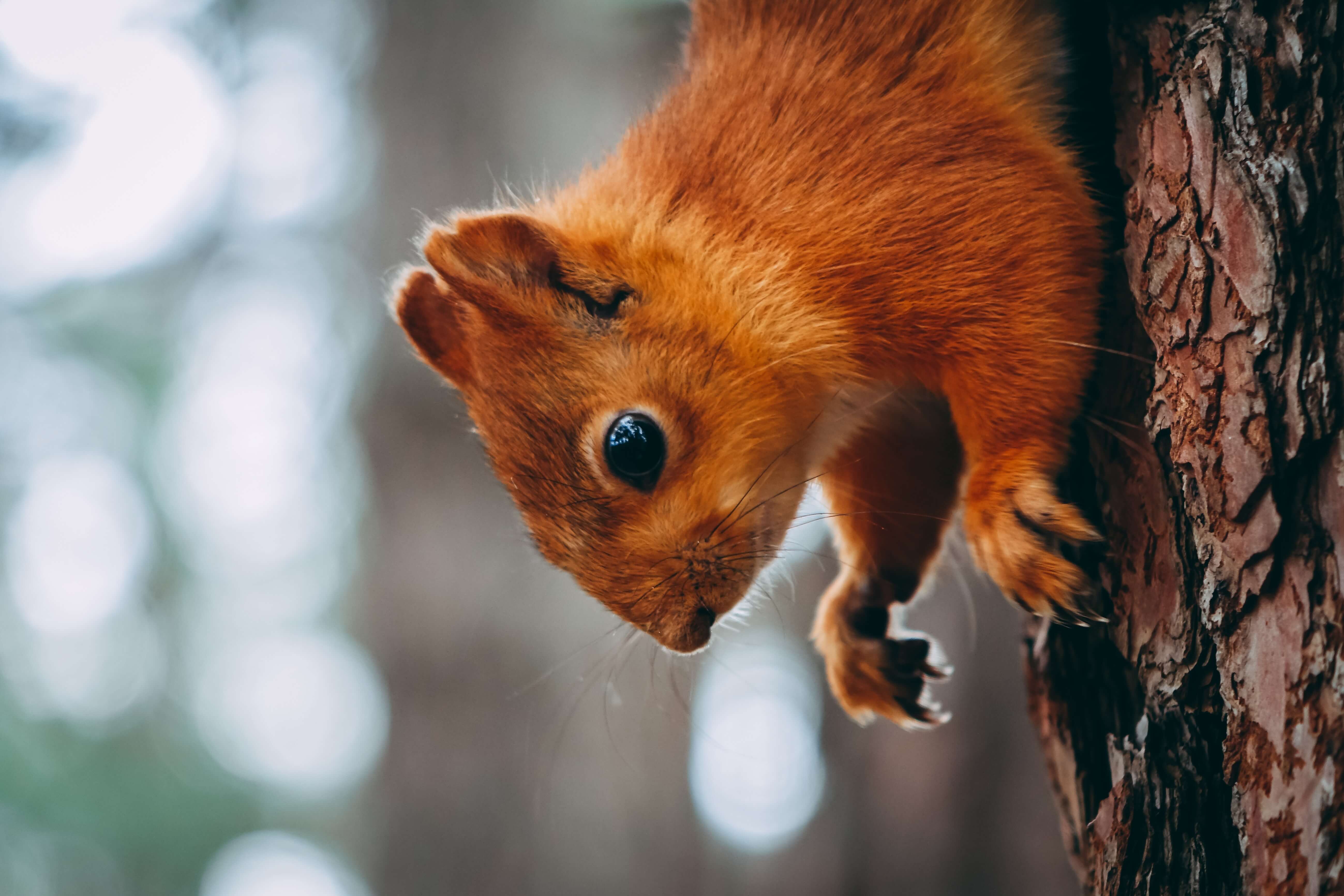 4. Wildlife populations have dropped by 60%.

According to the WWF Living Planet Index, on average, wildlife populations have declined by 60% over the last 40 years. This means the planet’s stock of biodiversity is less than half of what it was in the 1970s. The decline in biodiversity is heavily concentrated in tropical regions where loss is as high as 89%.

Losing biodiversity doesn’t just mean there are fewer animals to spot out in the wild. Diminishing diversity of animal and plant life often has a cascade effect that throws entire ecosystems out of balance. Ultimately, the decline of these natural systems will impact humanity’s ability to thrive and even survive on this planet.

Solution: Protecting and conserving wildlife habitat is the easiest way to improve the chances of survival for threatened and endangered species. And doing so is also easier than you might think.

Every step you take to put an end to deforestation, reducing and eliminating plastic waste, or cutting down on pollution will help save plants and animals. Reduce how much water you waste, drive your car less often, eat less meat, and plant lots of native plant species any chance you get! 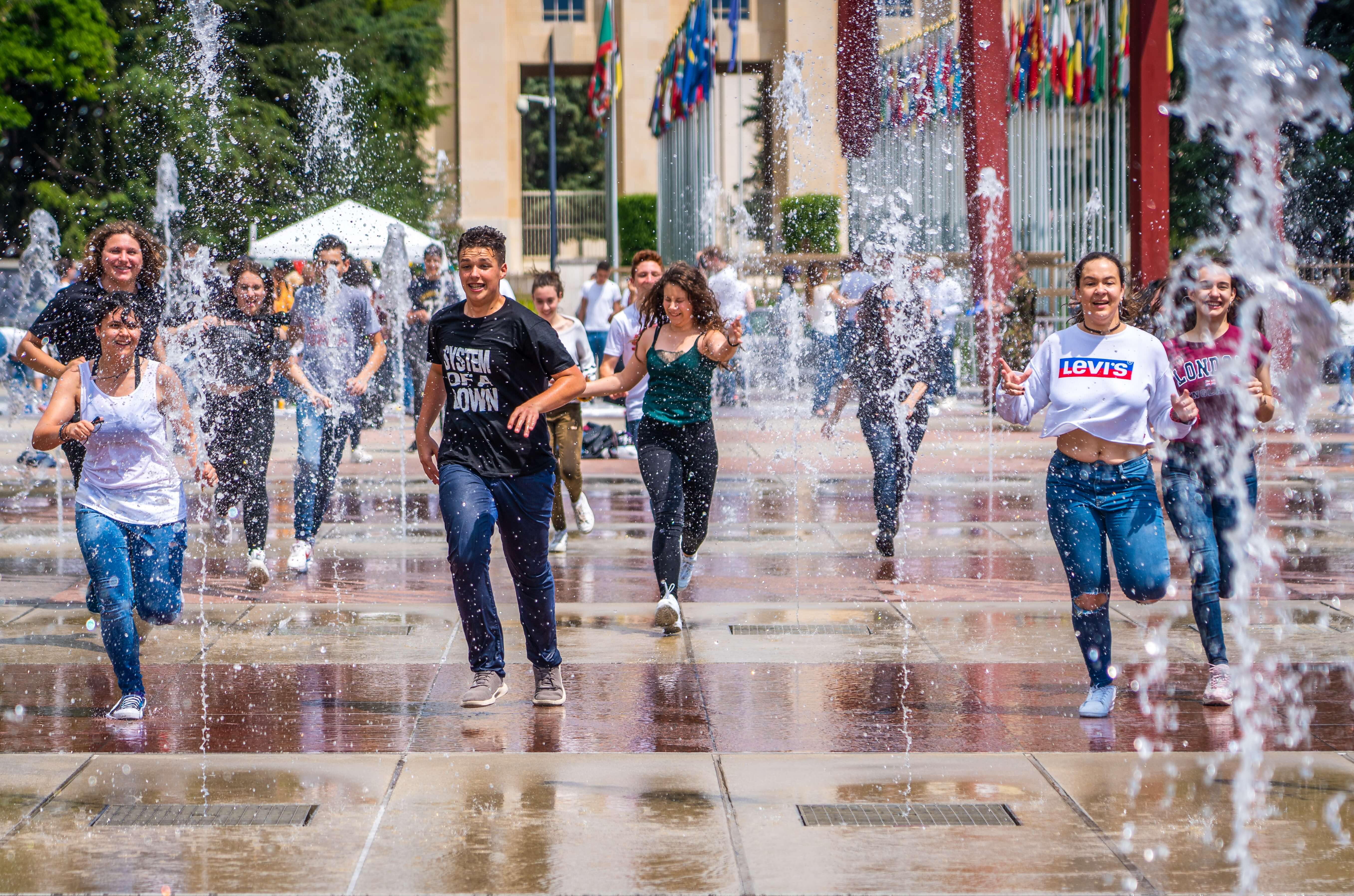 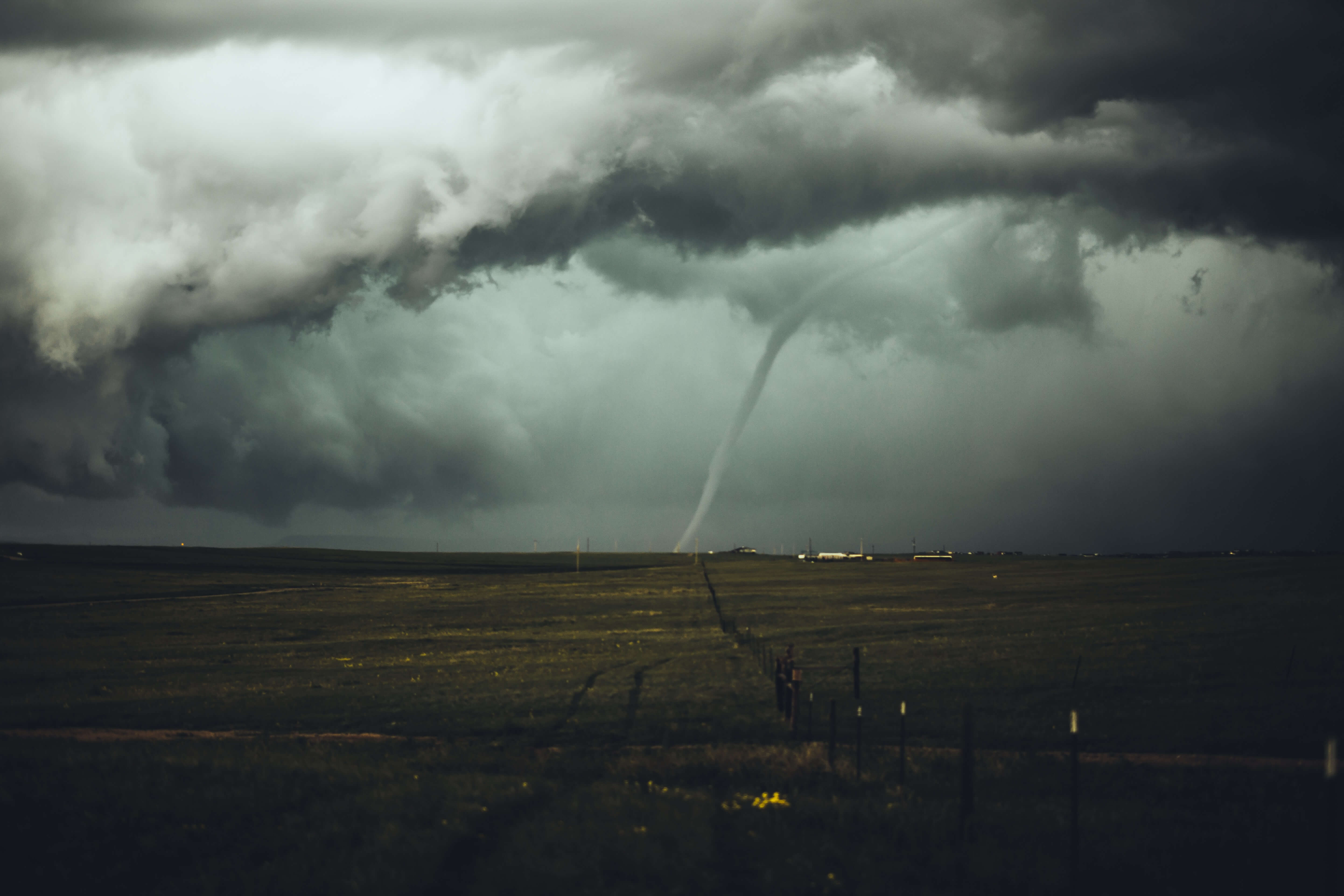 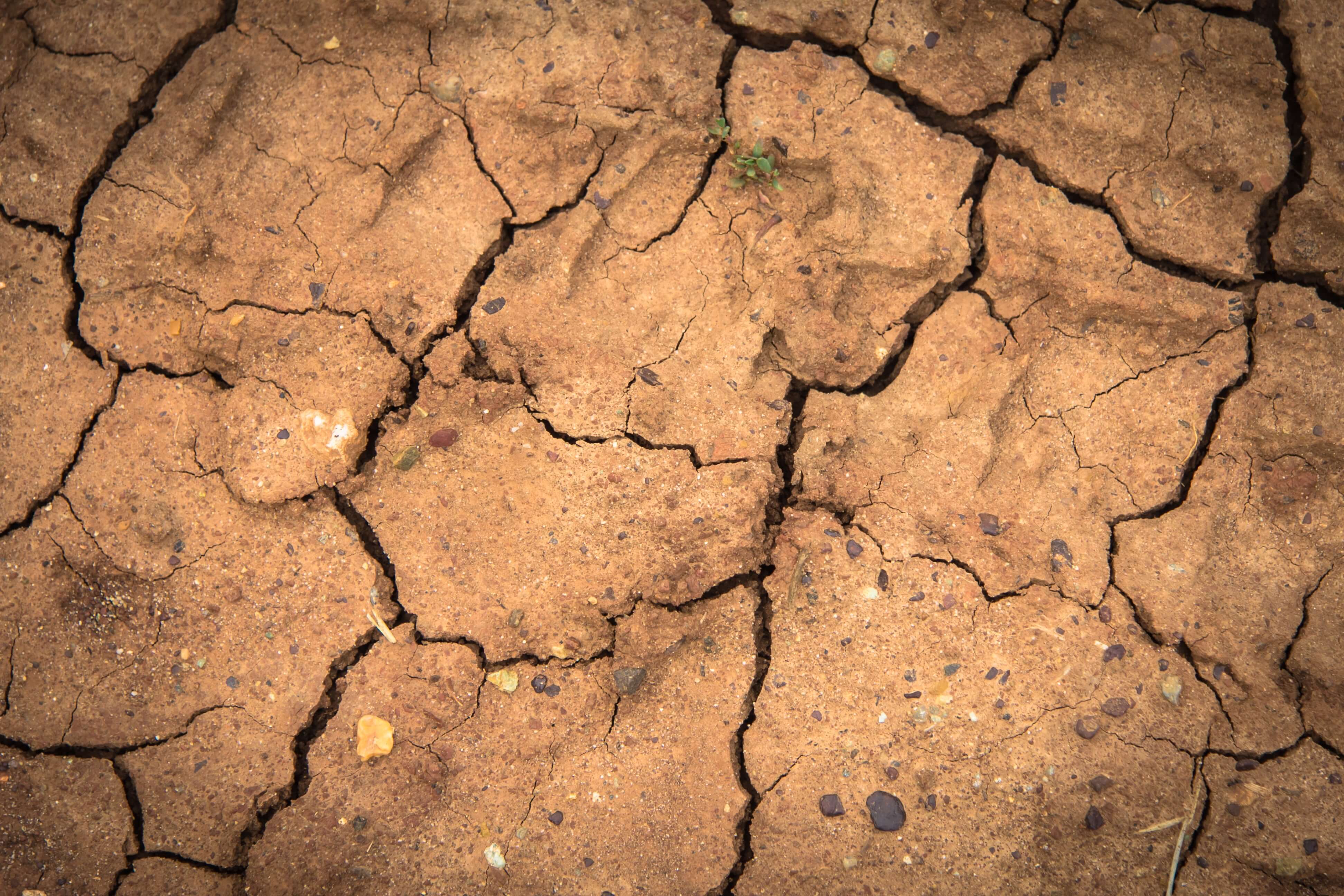 5. Two-thirds of extreme weather events are caused by human activity.

Intensifying storms are a major marker of climate change. As global temperatures rise, the severity of extreme weather events increases along with it.

By analyzing the conclusions of over 230 studies on extreme weather events, Carbon Brief suggests that 68% of extreme weather events over the last 20 years have either been caused or made more severe by anthropogenic climate change (caused by human activity). Of these events, the majority relates to heatwaves, droughts, and flooding, which make up more than ⅔ of the extreme weather studied.

Solution: Much like investing in infrastructure will help mitigate climate migration and hinder the crisis from sending hundreds of millions more people into poverty, this investment will also reduce the damage caused by extreme weather events. More resilient coastlines and seawalls prevent flooding from sea-level rise; growing drought-resistant crops will help prevent starvation due to lack of rain; building cities with more green space and trees and less pavement will reduce the size of urban heat islands, reducing the risk of harm during extreme heatwaves.

All of these, however, are reactive measures. The best way to minimize the number of extreme weather events is to slow and stop global warming altogether. Reducing emissions, protecting forests, planting trees, eliminating pollution are all better ways to help the planet. 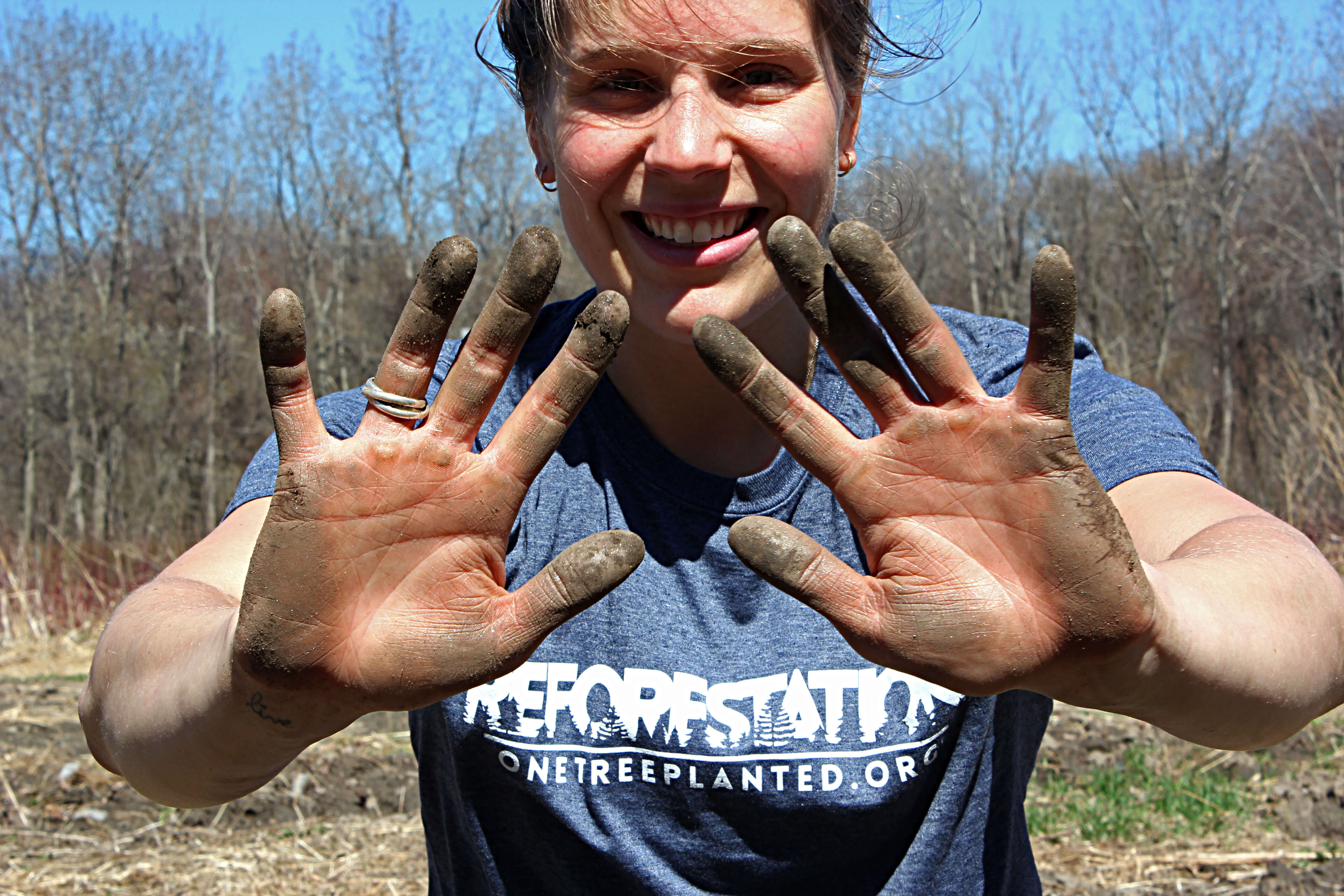 Don't wait for the crisis to get worse. Act now!

The climate crisis may seem insurmountable, but there is plenty we can do as part of our daily lives that can make a difference.

From small steps like bringing your own reusable mug for your morning coffee or not eating meat on Mondays, to bigger steps like steering your business towards zero-waste or carbon neutrality!

Any step you take, no matter the size, will make an impact on the climate emergency we have found ourselves in.

Now, the next time someone asks you what the climate crisis is all about, give them the facts and let them know what they can do to help as well! Make a positive impact today and plant a tree! 🌲