The annual summit of the World Economic Forum made waves last week thanks to its focus on climate change. The news flowing from Davos inspired hope and fear, with industry leaders from all over the world joining together to speak about the issue that is on everyone’s mind.

As Australia is just beginning to recover from record-breaking fires and biodiversity loss, panelists shared economic initiatives, new realities, and lofty goals. Donald Trump surprised everyone by pledging to back the 1 Trillion Trees Initiative while simultaneously dismissing “foolish fortune tellers”. And Greta Thunberg, in what may now be considered her signature style, delivered a stern talking-to to the the adults in the room.

We’ve gathered 6 highlights from the summit that relate directly to the health of the environment, and definitely aim to hold leaders accountable to the promises they’ve made.

The World Economic Forum launched an initiative to plant 1 Trillion Trees worldwide. The initiative aims to connect the thousands of organizations around the world that are already actively engaged in tree planting and forest restoration (including us!), mobilizing funds and political will to support and expand their efforts. They plan to unite governments, NGOs, businesses, and individuals in “mass-scale nature restoration.” And this ambitious initiative has already garnered support from the unlikeliest of sources: US President Donald Trump. When pressed, he indicated that he plans to “show strong leadership in restoring, growing, and better managing our trees and forests.” Marc Benioff, CEO of Salesforce thanked him and said, “trees are a bipartisan issue - everyone’s pro-trees.” That's how it should be!

2. SDG500 to Kick Off the Decade For Action on Sustainable Development Goals

Also unveiled was the SDG500, a fund aimed at encouraging sustainable investment into what is considered the most significant business opportunity right now: achieving the 17 Sustainable Development Goals set by the United Nations (some estimates value this opportunity at a whopping 12 trillion!). Officially launched on January 22nd in Davos as part of the UN decade for action on SDG's, it’s the first of its kind and intends to mobilize 500 million dollars towards the goals. Separated into 6 funds that are tied to specific UN agencies, development finance institutions, or international NGOs, it takes a blended finance approach. If this program works as intended, it will provide an unprecedented catalyst for the business world to do their part in achieving the SDGs in the next decade.

In an impassioned speech, the UN Secretary General Antonio Guterres said that “humankind has declared a war on nature and nature is striking back in a very violent way." He went on to share that climate change won’t kill the planet, but rather, it could kill humankind. He called for putting “a price on carbon," adding that “it has a real impact that has to be priced” and that “we need to shift taxation from income to carbon, which is a win-win situation. We need to cut subsidies to fossil fuels. As a taxpayer I can't accept the idea my taxes are being used to ... bleach corals or melt glaciers." Powerful words!

Prince Charles (H.R.H. Prince of Wales) launched his Sustainable Markets initiative and spoke urgently about the climate crisis, stating that "global warming, climate change, and the devastating loss of biodiversity are the greatest threats humanity has ever faced." His initiative aims to evolve our economic models by putting human rights and the planet at the top of global value creation, thus shifting the focus of markets in a more sustainable direction. Environmental activism is not new to Prince Charles, and he urged leaders to understand that "nature is not a separate asset class," elaborating that “nature is, in fact, the lifeblood of our financial markets and, as such, we must rapidly realign our own economy to mimic nature's economy and work in harmony with it." 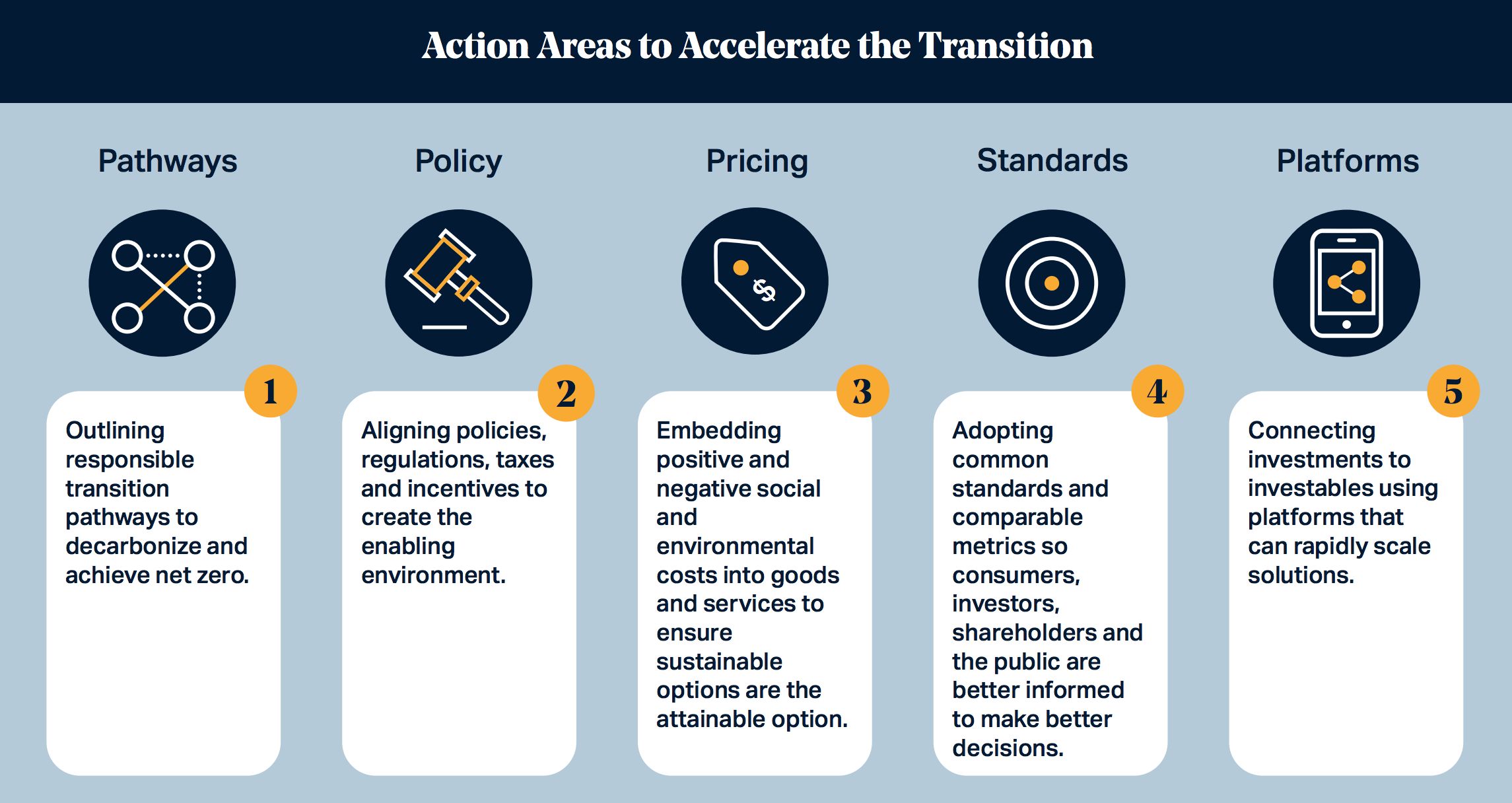 All participants were asked to commit to setting 2050 net-zero emissions targets, but told “the sooner the better." In a letter sent to company leaders on their way to the summit. Klaus Schwab, the Founder and Executive Chairman of the World Economic Forum, and the heads of Bank of America and Royal DSM, urged leaders to show real leadership on climate change while at the summit. They also recommended that companies publicly report their greenhouse gas emissions and disclose their appraised climate-related risks and impacts. Anything's possible but it's going to take a lot of effort to achieve this goal. 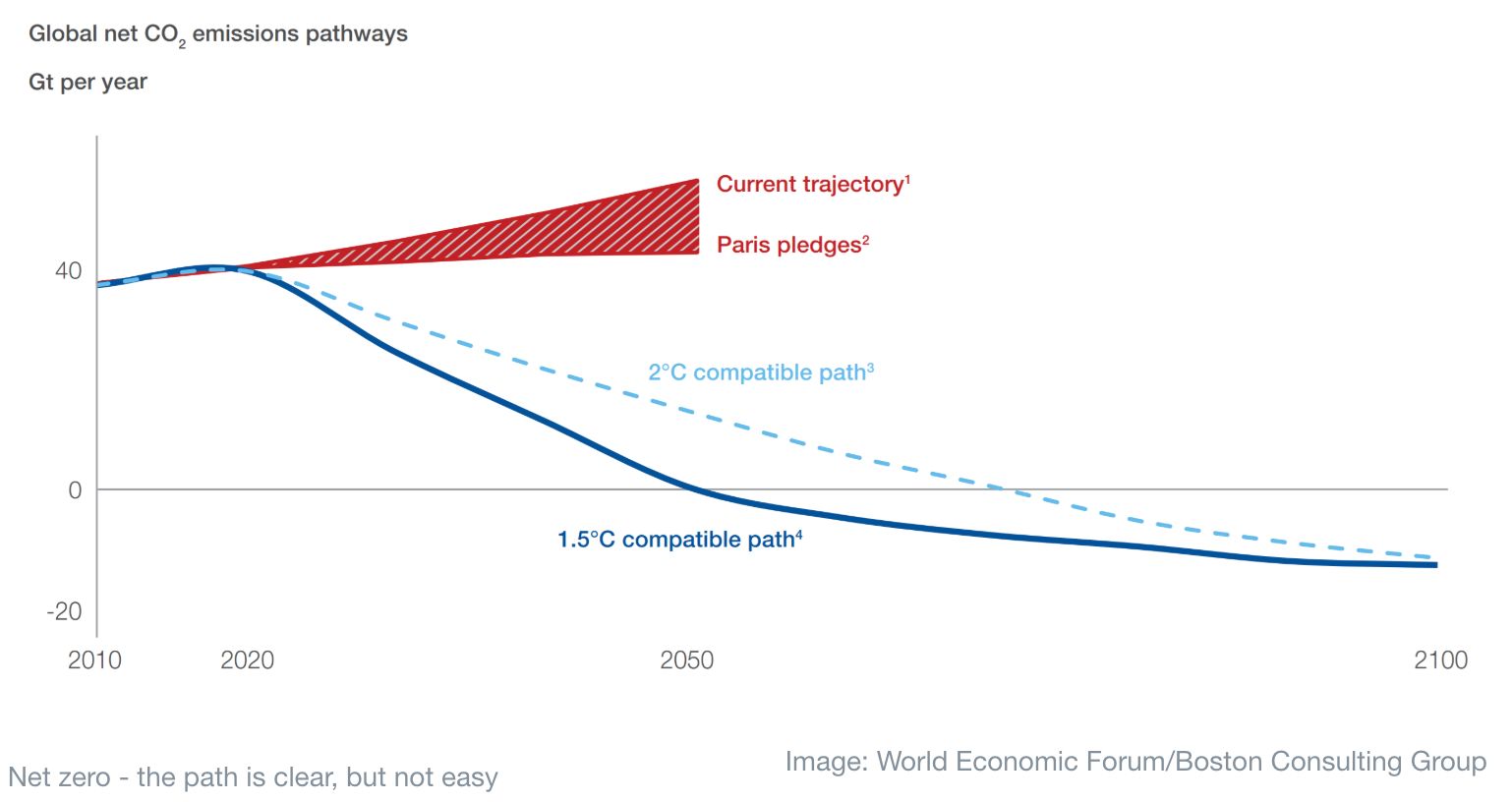 6. China is Phasing out Single-Use Plastic

China announced that they plan to introduce a phased ban on many types of single-use plastic, joining several other countries like Kenya, Thailand, and France. These restrictions are part of an effort to reduce waste. Plastic bags will be banned in major cities by the end of 2020, while smaller cities and towns will have until 2025 to comply. While these bans are growing in popularity, other leaders call for an emphasis on shifting towards a circular economy, which balances concerns like food safety with the need to change how plastic is made, used, and reused.

While it's encouraging to see that climate change, pollution, and the need to create more planet-friendly and humane economic systems were clearly a theme at this World Economic Forum, we'll be happy to see when these pledges and commitments truly materialize in a way that makes a positive impact. Until then, we'll just keep planting trees!🌲