Getting Our Hands in the Dirt with WeWork Montreal

If you're not familiar with WeWork, you might be interested to learn that they're a company that provides shared workspace for freelancers, startups, and organizations that range from small teams to large enterprises in many locations around the world. We're fans, because some of our staff are housed in WeWork for our daily office operations.

You could even say that WeWork is where off-the-field One Tree Planted magic happens. And sometimes they have tacos. But there's more to love about WeWork than tacos and cool interior design. They're also really thoughtful about Corporate Social Responsibility.

Nothing shows that more than WeWork staff getting their hands in the dirt to plant some trees! 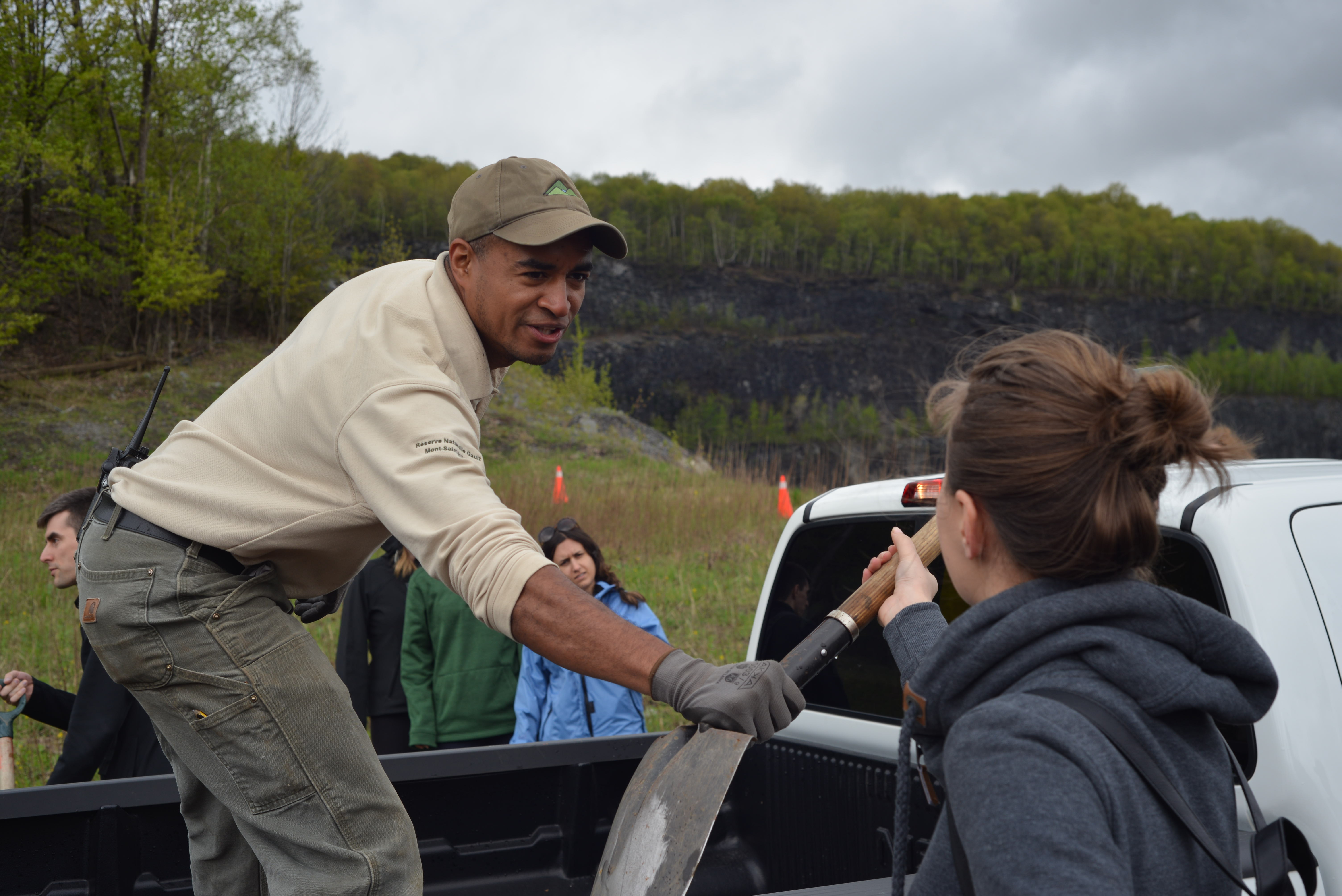 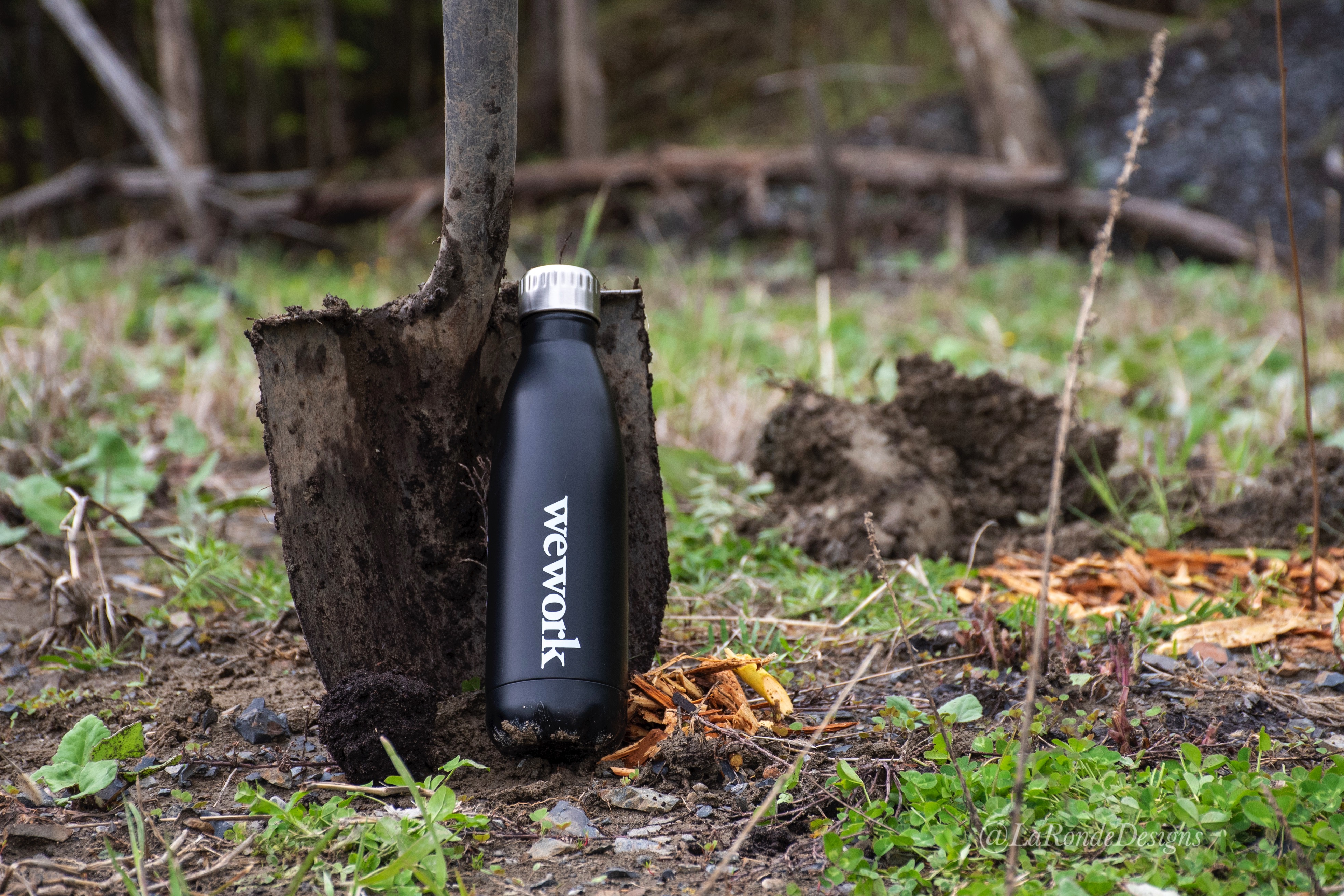 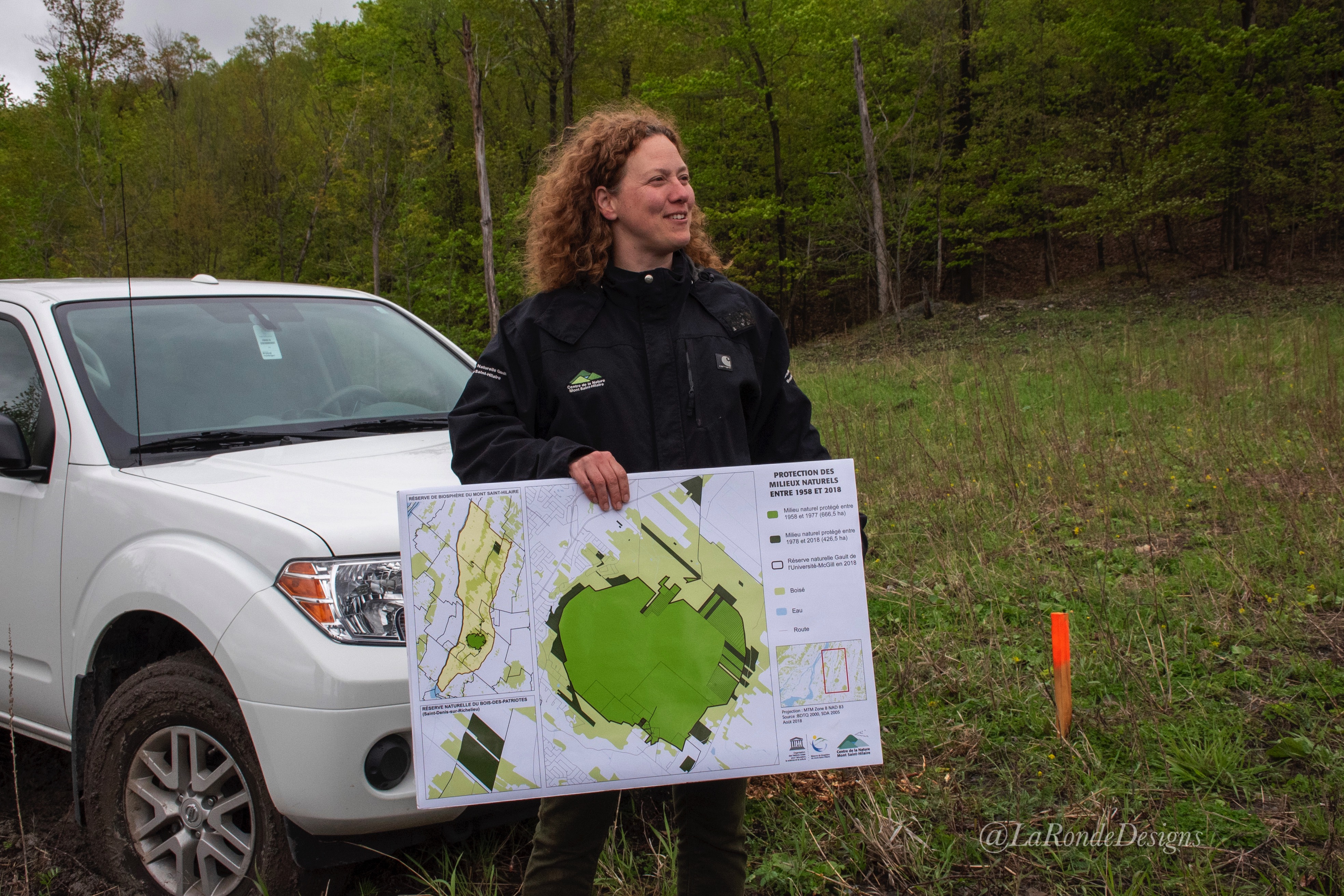 Businesses, entrepreneurs, and employees from Montreal’s WeWork offices recently joined One Tree Planted and the Nature Centre of Mont Saint-Hilaire to plant trees!

Some 50 WeWork members and volunteers from our business partners Thai Express, A Bear in the Wood, Madovar, and Woodstock & Cie planted trees and learned about the history and unique plant and animal life of the area.

Mont Saint-Hilaire, the surrounding forest, and the nearby city are the last remnants of ancient lowland forests that once grew in the Gulf of the St. Lawrence river. As such the area has been designated as a UNESCO biosphere reserve for more than 40 years - the first of its kind in Canada!

In the end more than 600 trees were planted, including yellow birch, hemlock, hickory, spruce, larch, and red and sugar maple trees. The new trees will help rebuild a section of forest, restore animal habitat, and generally just make the area even more beautiful! 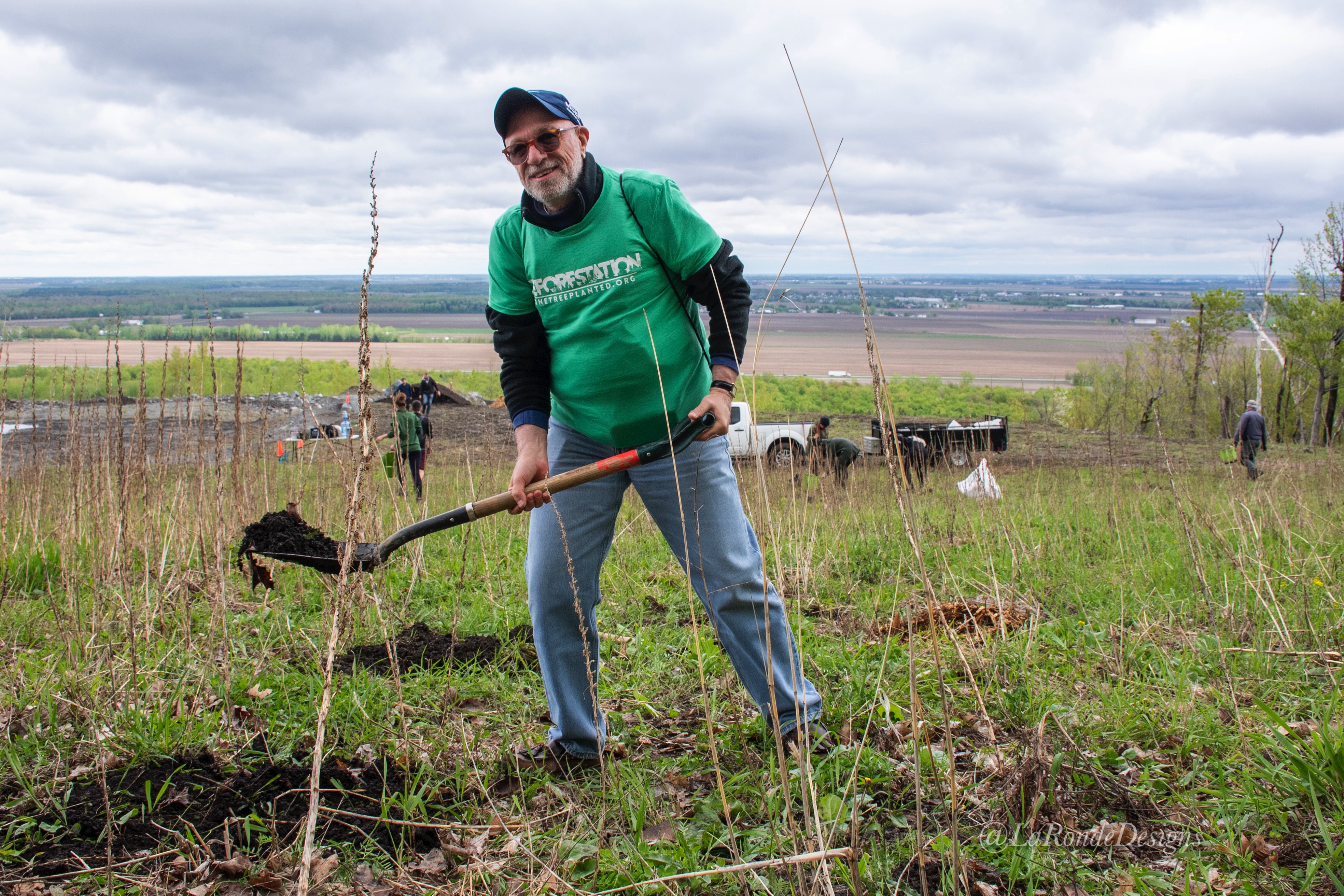 Raising Awareness for the Planet

The planting event was planned as a part of Earth Month, bringing the WeWork Montreal community together and making the planet a greener, better place.

However, planting trees was just one way that WeWork gives back to the environment.

In April, the WeWork communities in Montreal, Chicago, Miami, and Manhattan beach raised over $1000 to be donated to reforestation projects - and $450 of that came from their Montreal offices alone!

Around the world WeWork organized exchange and upcycling shops, surplus food collection and redistribution, beach clean ups, and many other great initiatives around Earth Day to raise awareness and get their coworking communities engaged in actions for sustainability. 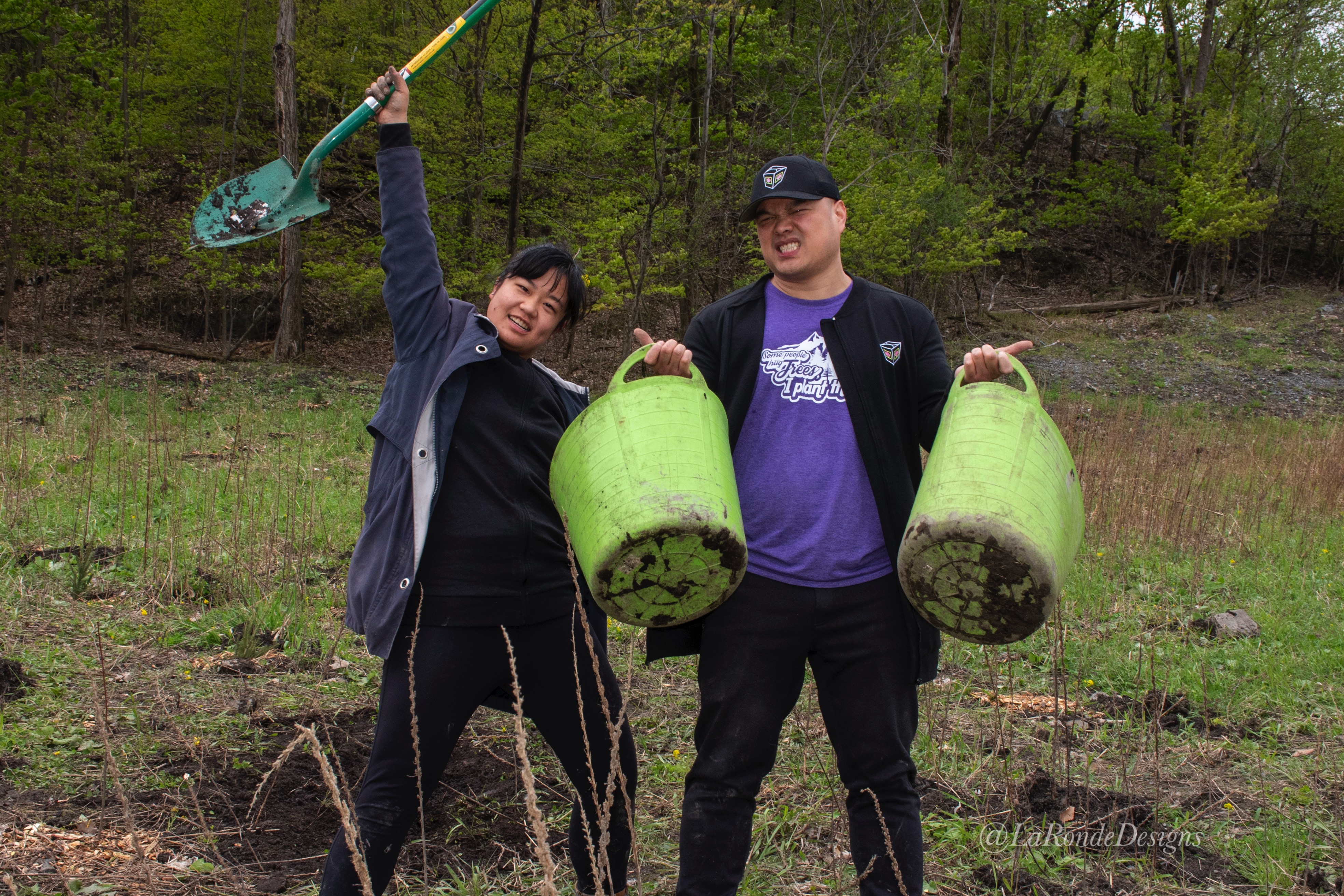 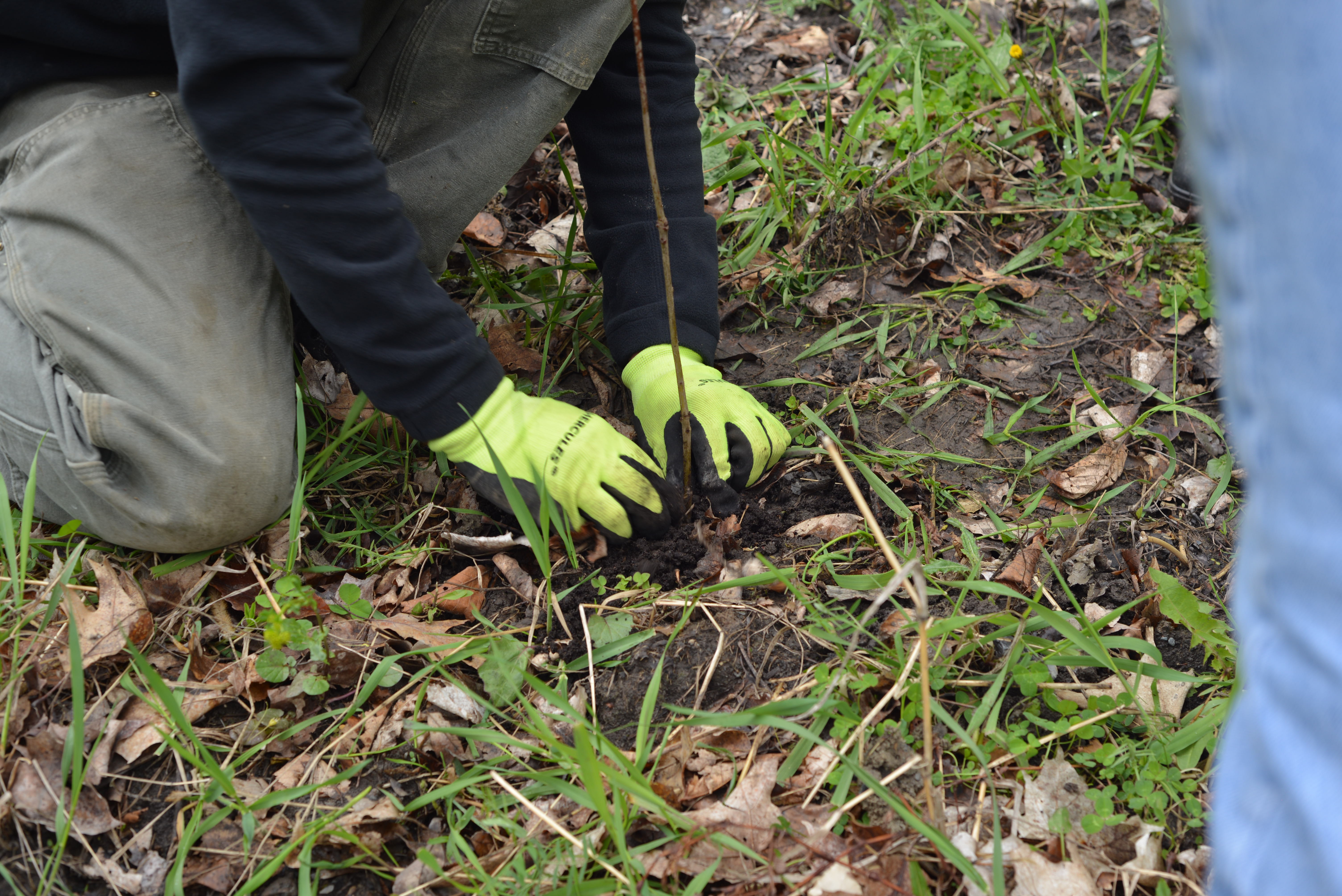 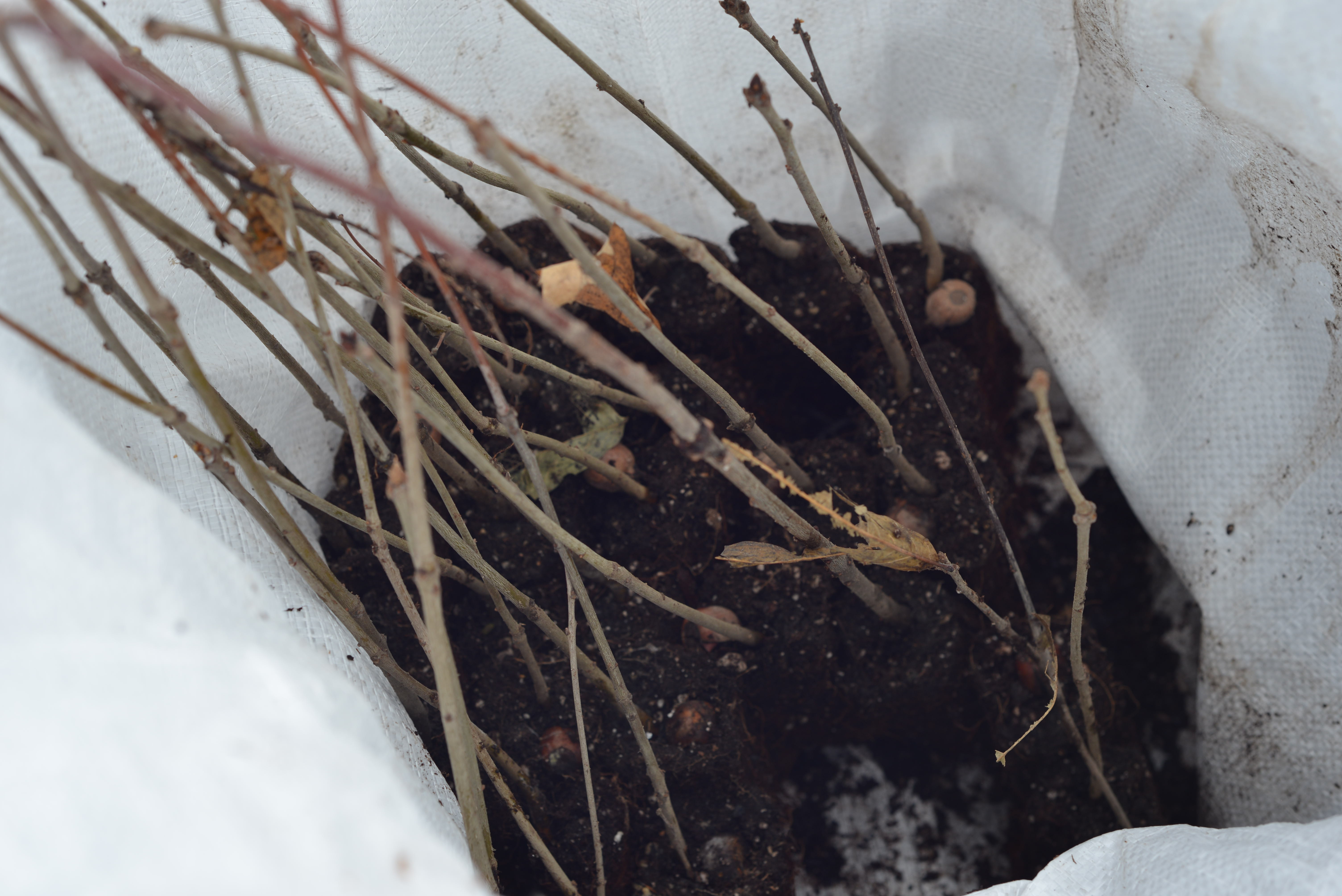 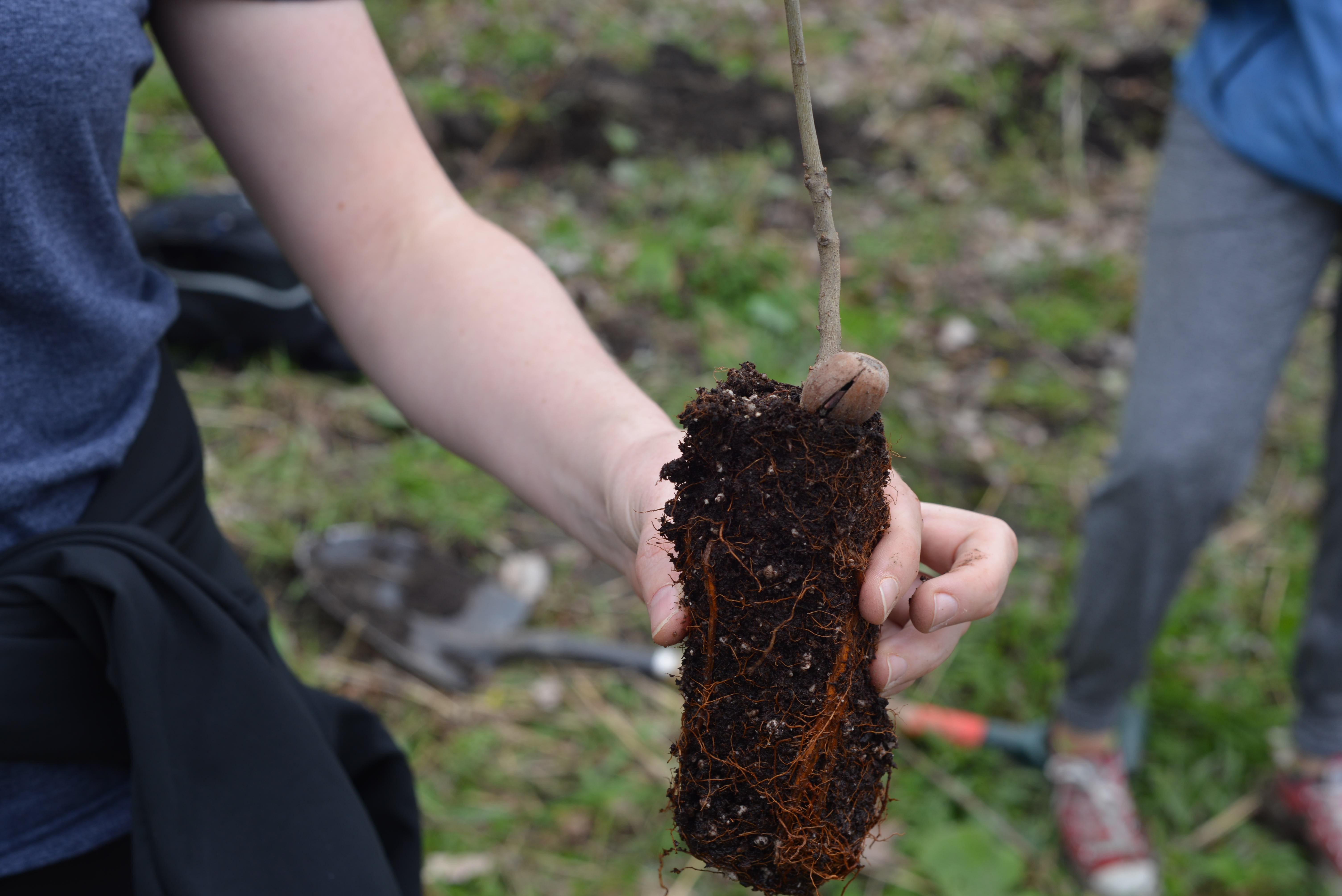 Earth Month aside, WeWork has made broader commitments to sustainability and promoting environmentally friendly practices.

For one, they have eliminated major single-use plastics from all of their buildings. All plastic cups and cutlery are being phased out of their office kitchens and being replaced with reusable, recyclable, or compostable options.

They have also committed to going meat-free. As meat production is one of the biggest contributors to climate change, reducing the amount of meat in one’s diet can help significantly reduce greenhouse gas production. With that in mind, WeWork no longer serves or pays for meat at company sponsored events.

WeWork has even committed to going completely carbon neutral by 2023 at the latest, and that is a huge promise!

As a company that operates office buildings around the world, reducing their carbon footprint to nil will require a massive transition to sustainable energy sources and so much more. 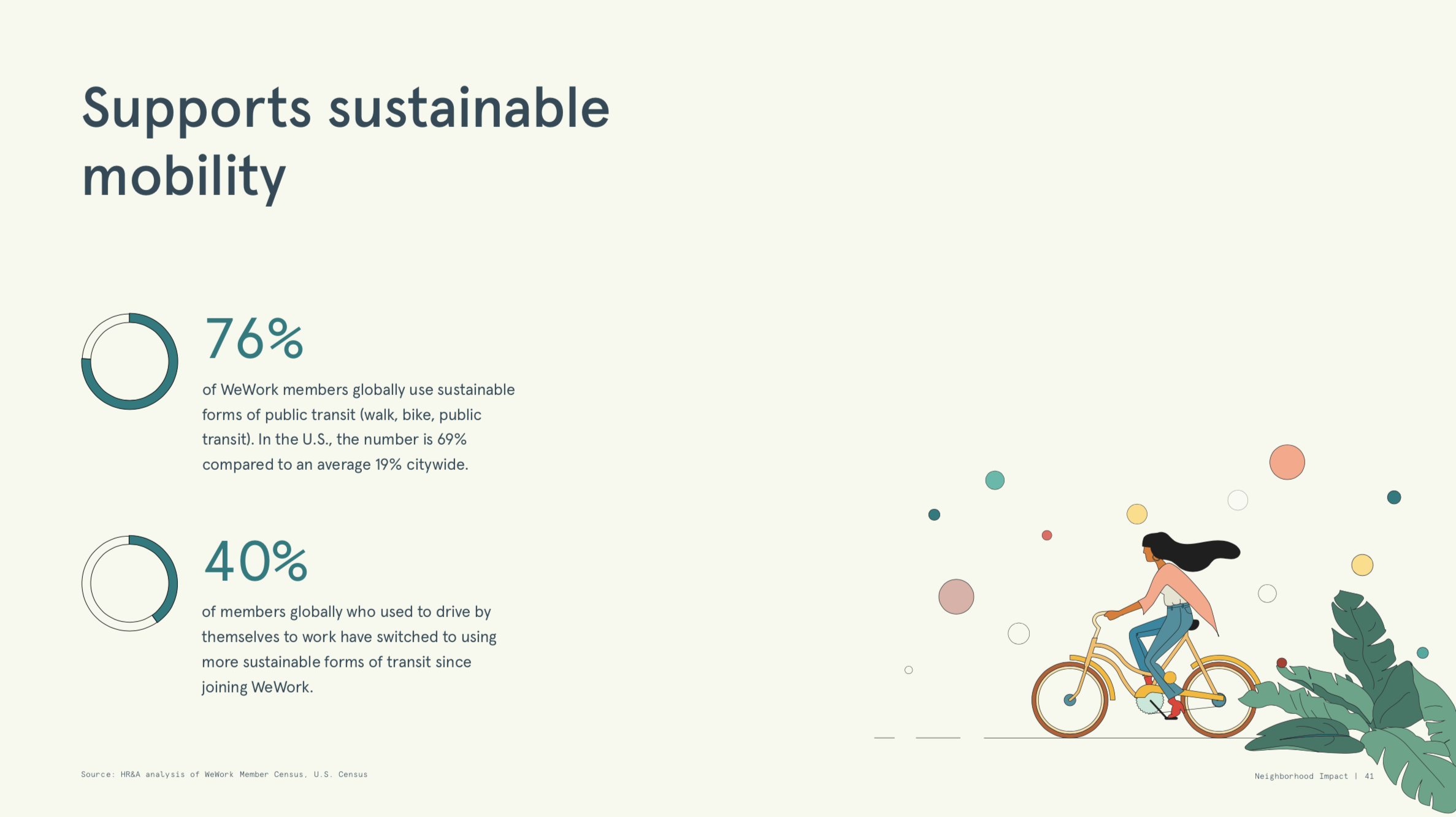 According to WeWork’s 2019 Global Impact report, they are already well on their way. By sharing office space and using space more efficiently, the total amount of carbon they’ve saved is equivalent to taking some 380,000 cars off the road.

On top of this, 76% of WeWork members use more sustainable forms of public transit (biking, walking, or taking public transit) to get to work.

Now those are some climate change solutions we can get behind!

Whether it be by implementing more sustainable business practices like those at WeWork, supporting a planting project, starting a fundraiser, or by getting their hands dirty and planting the trees themselves, businesses can make a major impact on the health of the planet!

We think planting trees is one of the best ways to inspire environmental stewardship and positive action towards ending deforestation, combating climate change and global warming, and giving back to the planet.

So we applaud WeWork and the WeWork community on getting out there to plant trees and promoting sustainability - the more people and businesses getting involved the better!