Wow. March has been a doozy. For many of us, our daily routines have drastically changed this month due to the Coronavirus. But now more than ever it is important to focus on the good!

There have been a few surprises this month in regards to the wellbeing of the planet. And while many have found themselves with more spare time, us environmentalists are still doing what we can from our homes to ensure our efforts do not get put on pause.

Let's get to the GOOD stuff! 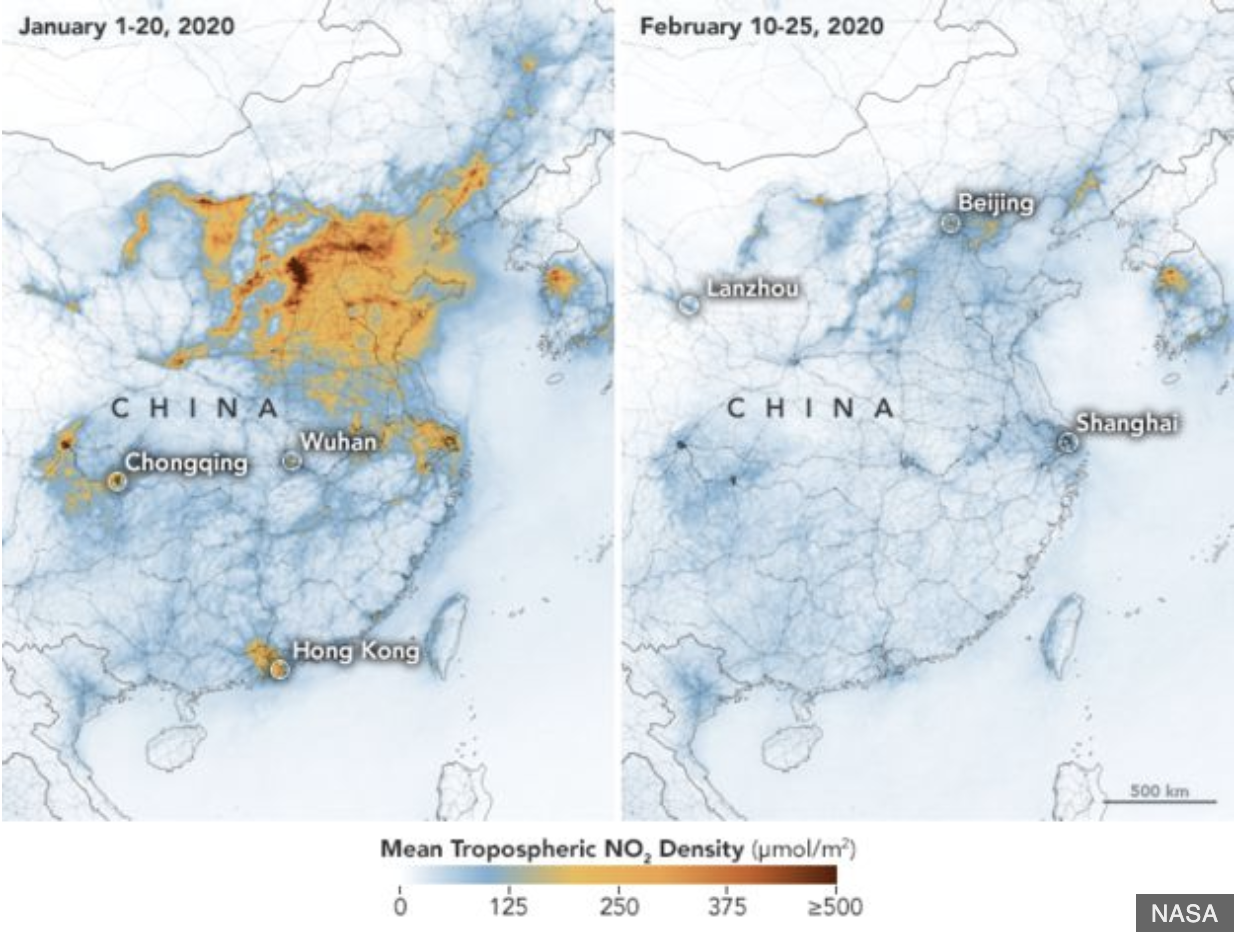 1. Carbon Emissions are Down Due to COVID19

Earlier this month we mentioned the surprising climate change benefits of the Coronavirus. While social distancing has definitely resulted in some social and economic challenges for many, it also seems to be improving our air quality since travel has decreased across the board significantly. Researchers in New York are reporting early results, saying that carbon monoxide levels produced by cars has decreased 50% in comparison to this time last year. China and Italy have also reported significant air pollution decreases since the outbreak. 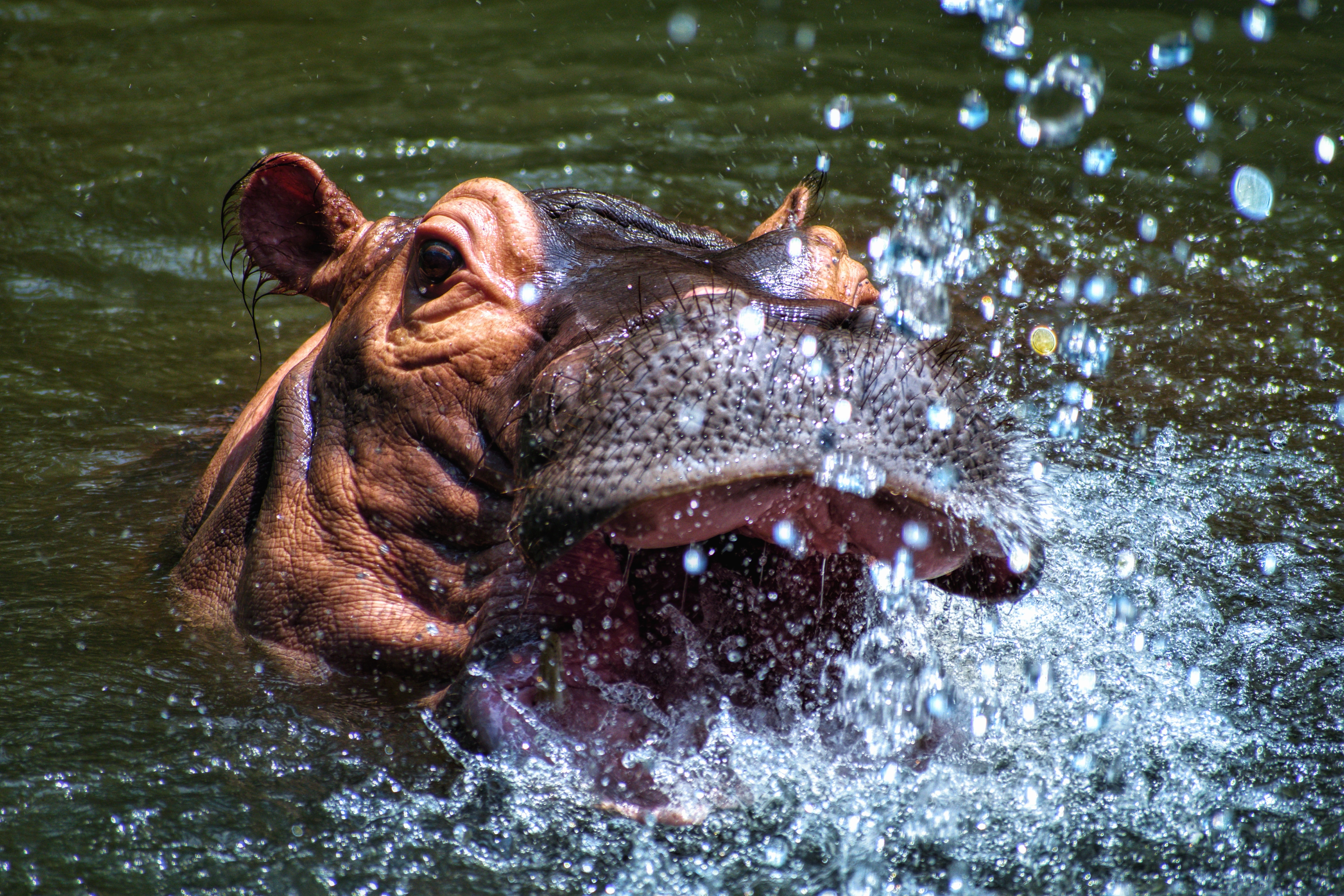 The famous Colombian drug lord, Pablo Escobar was known to own many non-native exotic animals which he would allow to roam around his compound in Colombia. These many animals included wild hippos, which over the years multiplied from four to eighty. Due to their similarities in diet and grazing habits, researchers are now wondering if these hippos are filling ecological holes from the extinct llama-like animal, the Hemiauchenia paradoxa. 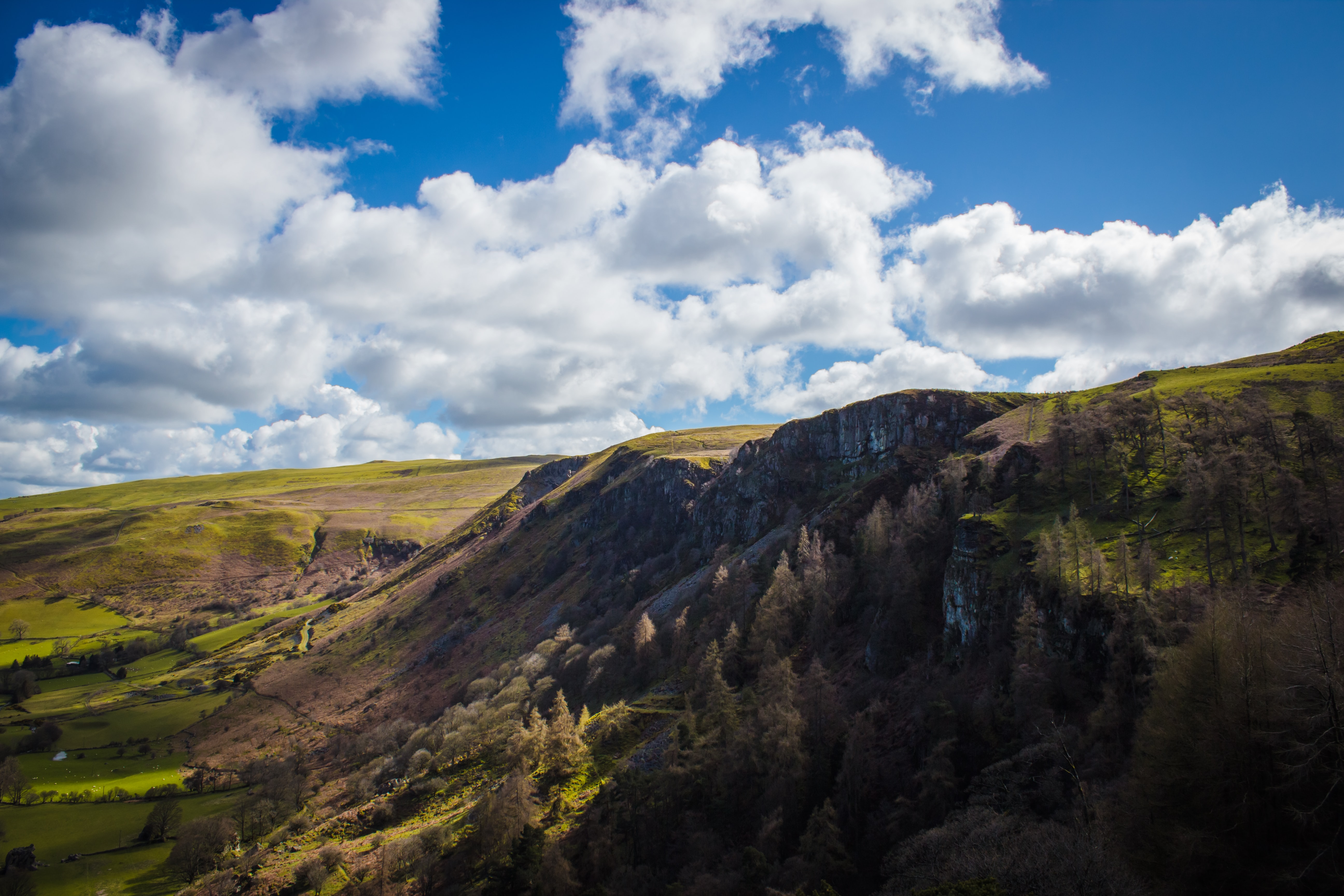 Wales announced the government-led, $5.9 million project to create a National Forest in order to preserve nature, improve biodiversity, and sequester carbon from the atmosphere. Other goals include their "commitment to tackling climate change." The plan is set to plant on 5,000 acres of land each year to eventually increasing to 10,000 acres per year in order to hopefully meet their mark of reducing carbon emissions by 80% by 2050. 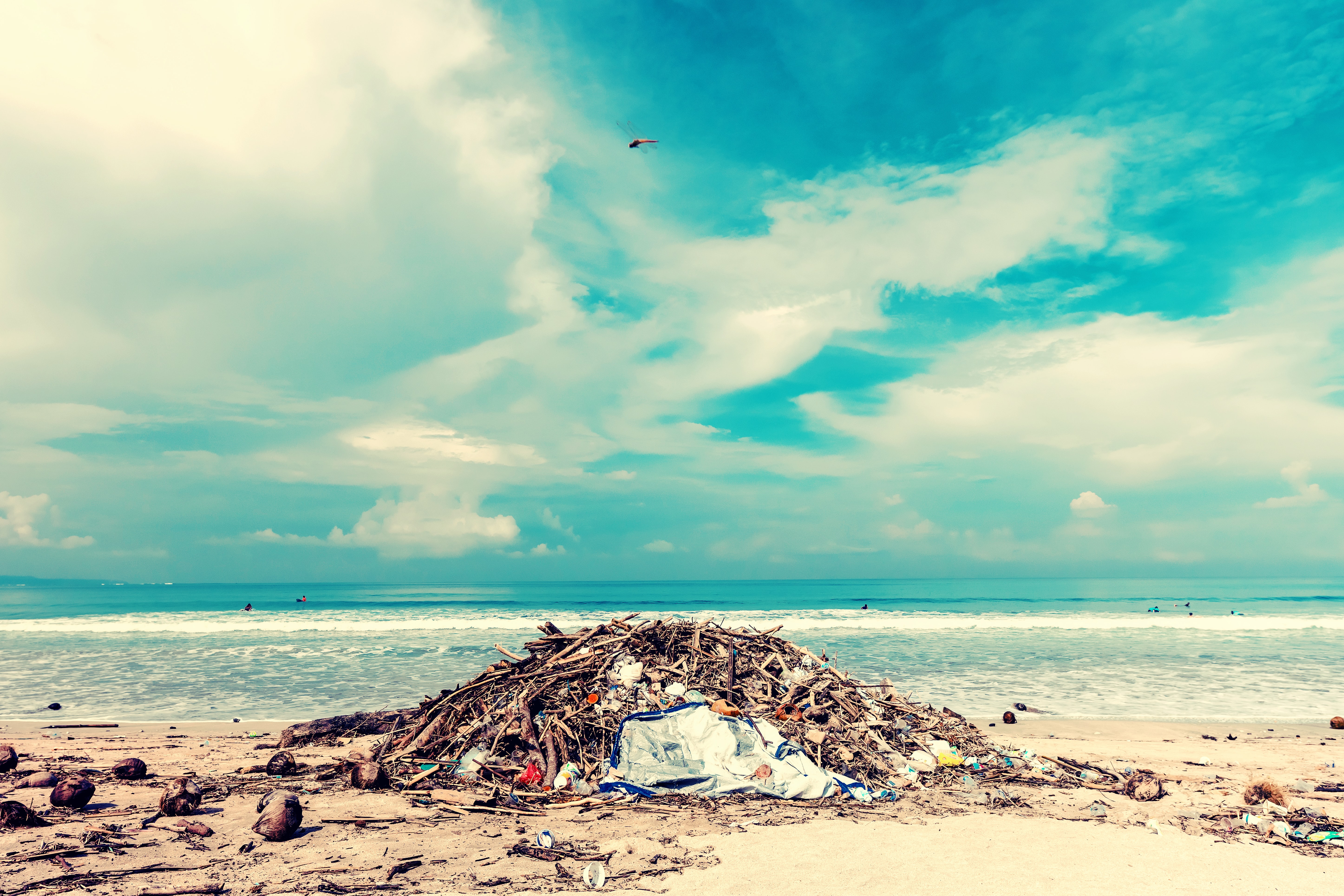 The young engineer Boyan Slat made history when he removed two shipping containers worth of garbage from the Great Pacific Garbage Patch. He has now set his sights on going to the source of water pollution, the world's most polluted rivers. With his organization The Ocean Cleanup, Slat decided to include rivers in their mission after research revealed that, "1,000 of the world’s rivers are responsible for depositing 80% of all the trash that is currently swirling in the ocean." 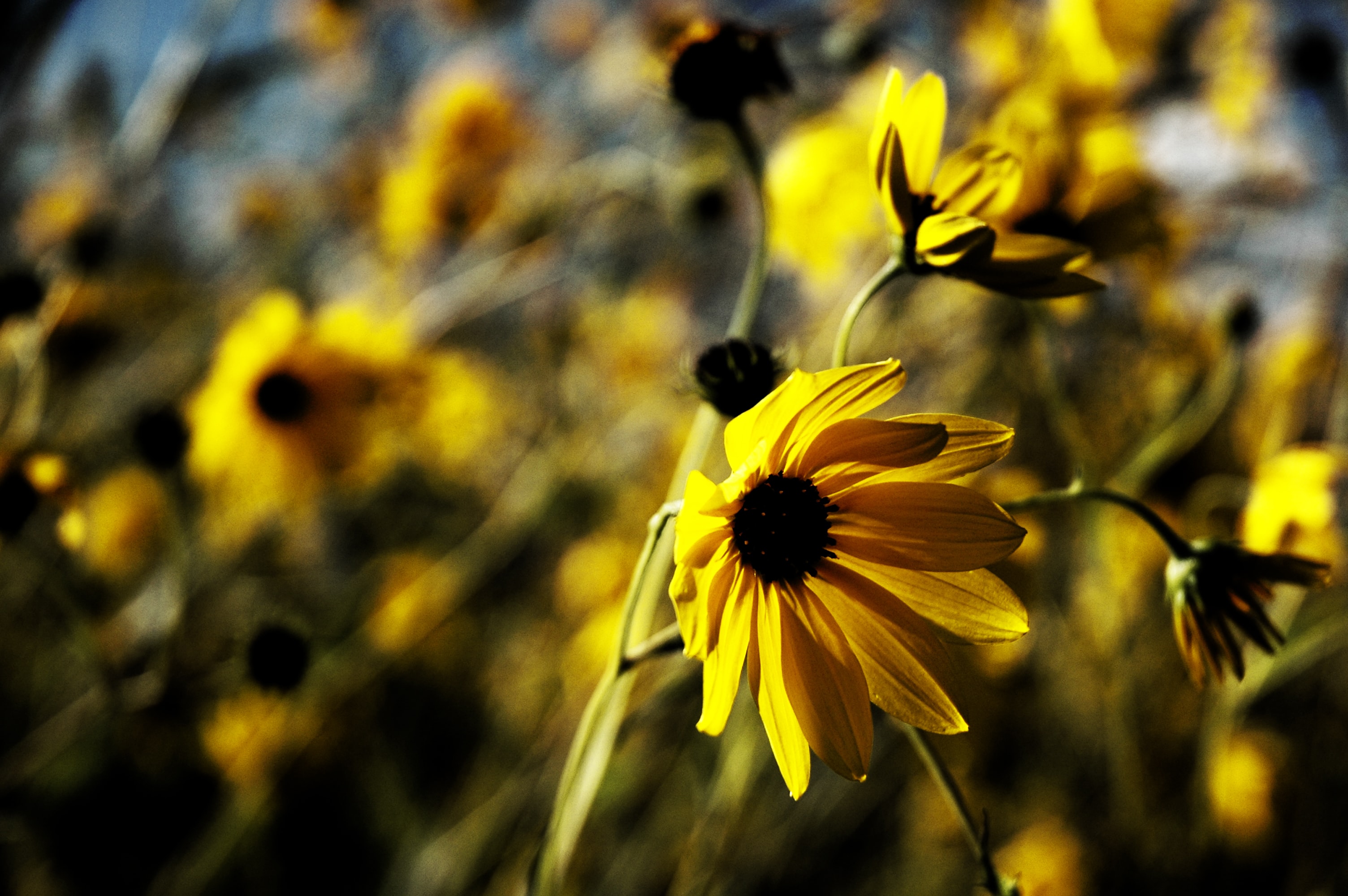 Scientists are on the cusp of being able to use artificial photosynthesis to generate renewable energy from the carbon dioxide in our atmosphere. If created in large amounts, this could be a crucial step towards mitigating climate change. While scientists are getting close to making this achievable, there are still some obstacles ahead. According to Heinz Frei from the Berkley Lab, “There are two challenges that have not yet been met. One of them is scalability. If we want to keep fossil fuels in the ground, we need to be able to make energy in terawatts — an enormous amount of fuel. And, you need to make a liquid hydrocarbon fuel so that we can actually use it with the trillions of dollars’ worth of existing infrastructure and technology.” No big deal, but hey, we're making progress! 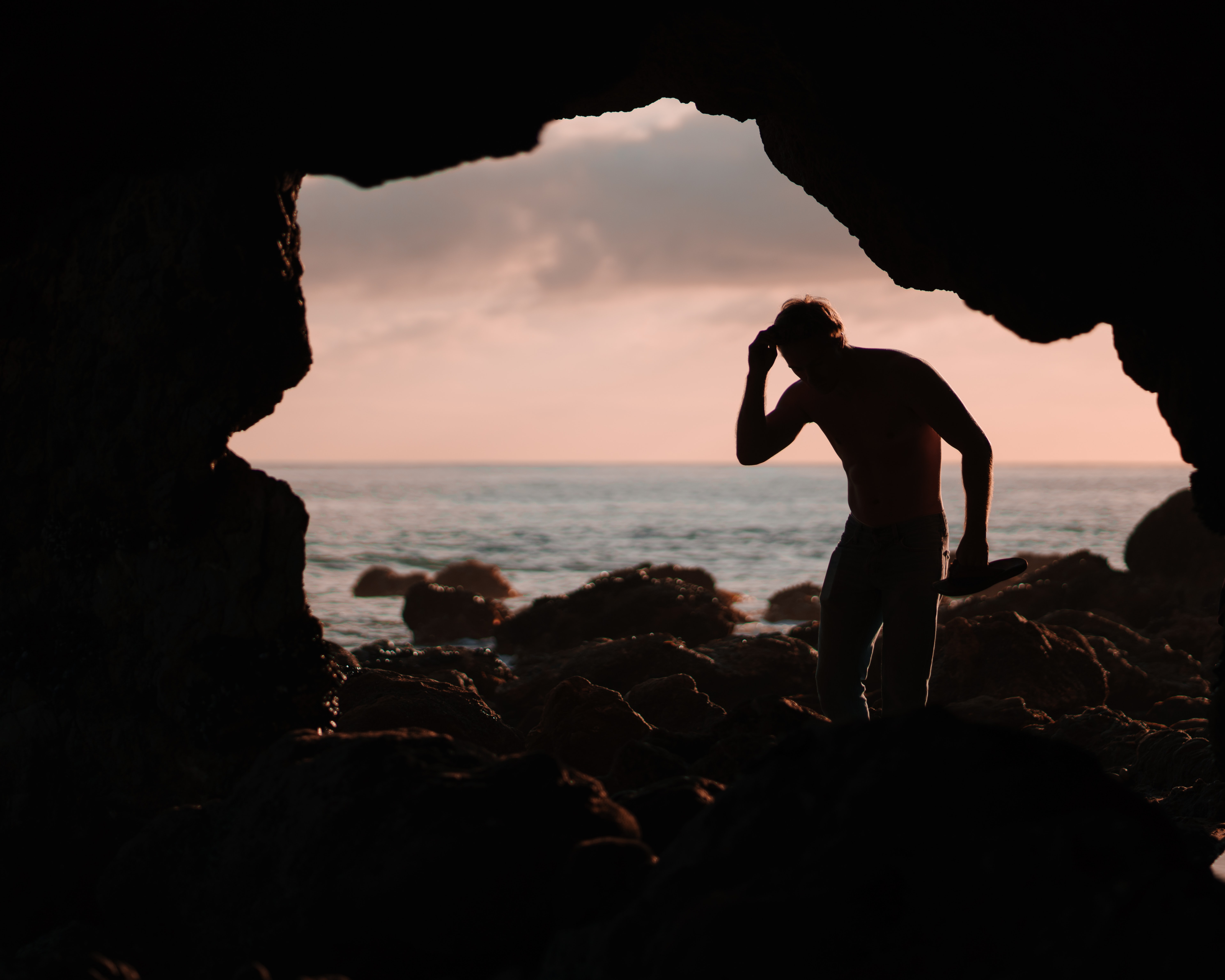 The ancient human ancestor is believed to date back about 3.67 million years. Nicknamed Little Foot, was believed to take shelter and sleep in trees in order to avoid run ins with saber-toothed cats and other predators. A new discovery occurred this month in regards to how Little Foot was able to move her head and how the movements are different than how we as humans can move it today. 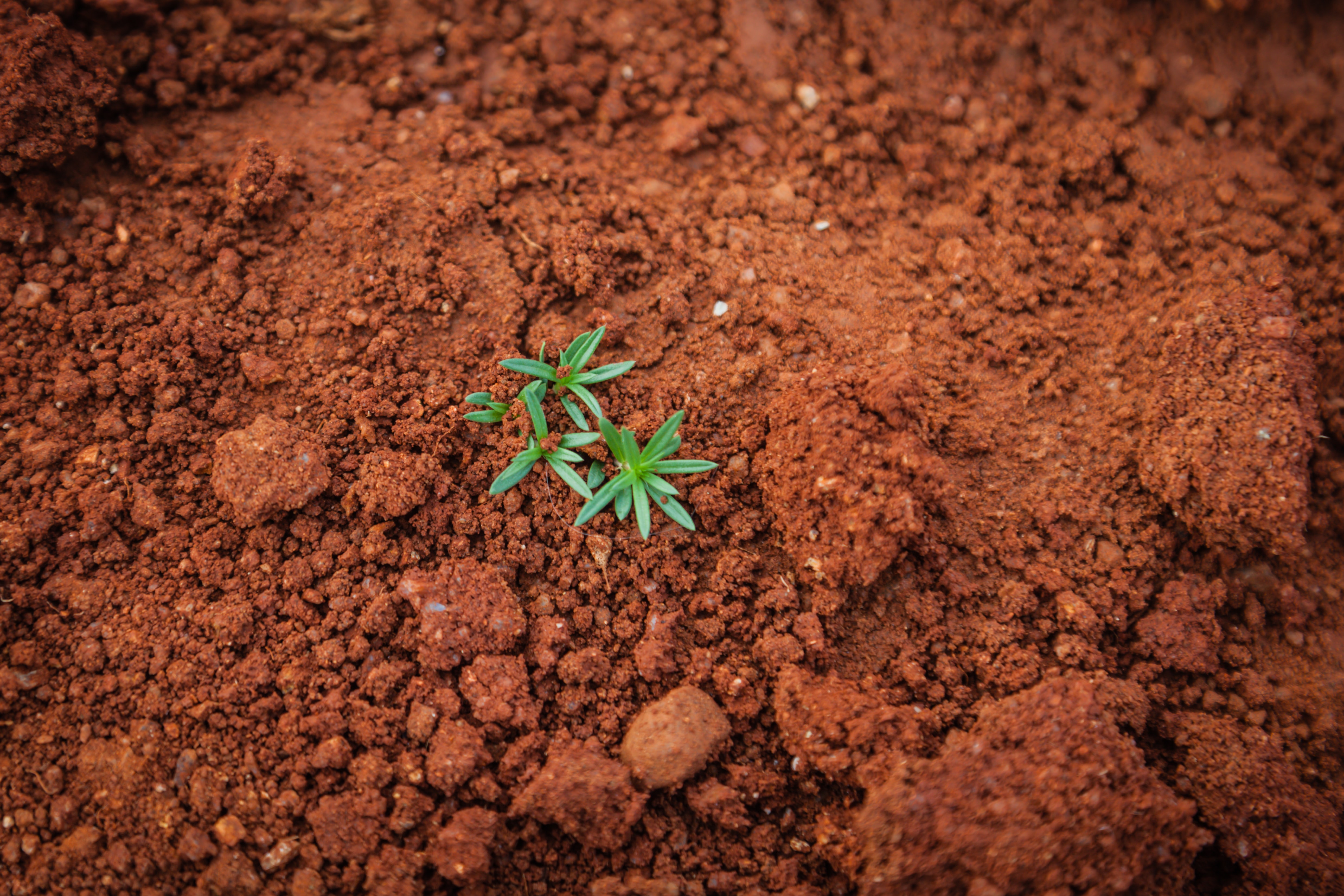 7. Restoring Soils Could Remove 5.5 Billion Tonnes of CO2 a Year

Like trees, soil health has been starting to get some much needed attention. And of course the two go hand in hand. A new study concludes that restoring a protecting our soil could remove the equivalent of the United States' annual greenhouse gas emissions. The benefits gained from soil restoration includes water regulation, water quality, stabilizing production, and resilience in ecosystems. 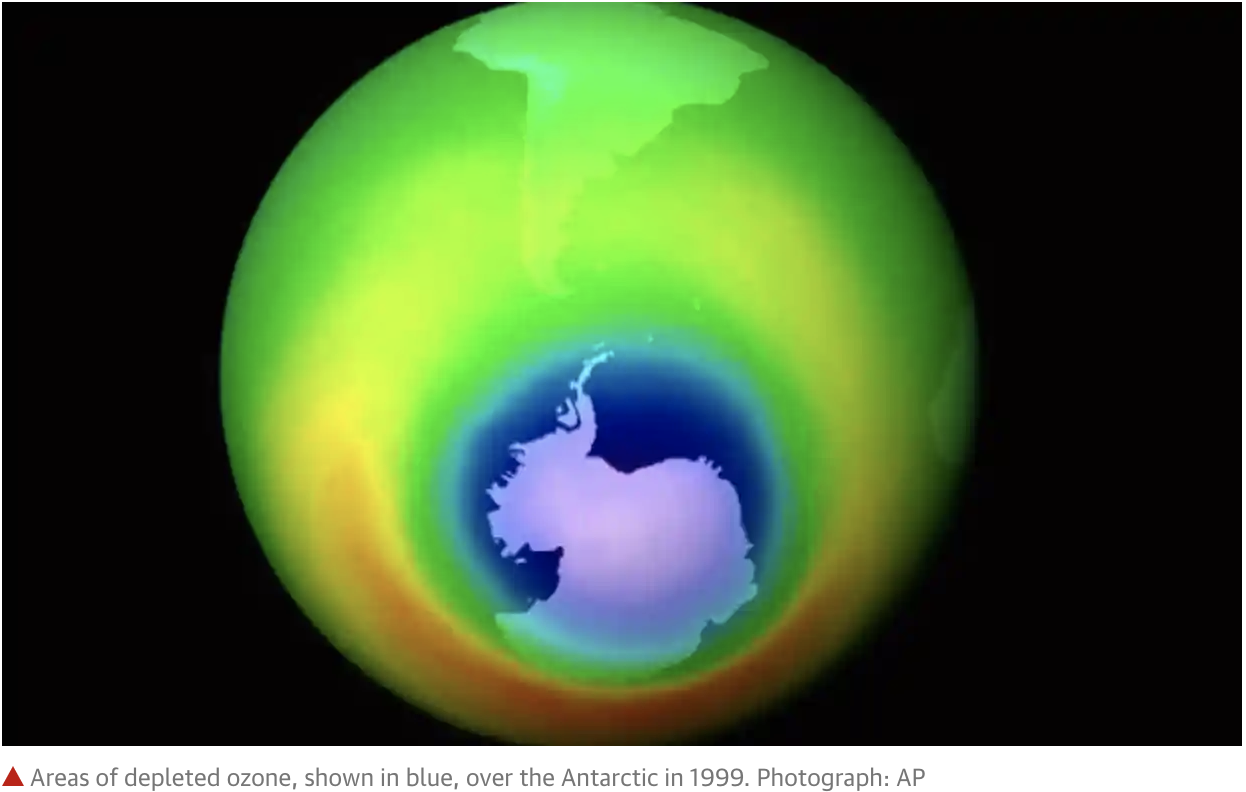 Due to international cooperation in phasing out ozone depleting chemicals, the southern jet stream is returning to its normal state. This is great news because it is evidence that some climate systems are capable of healing when governments agree to make positive environmental changes. 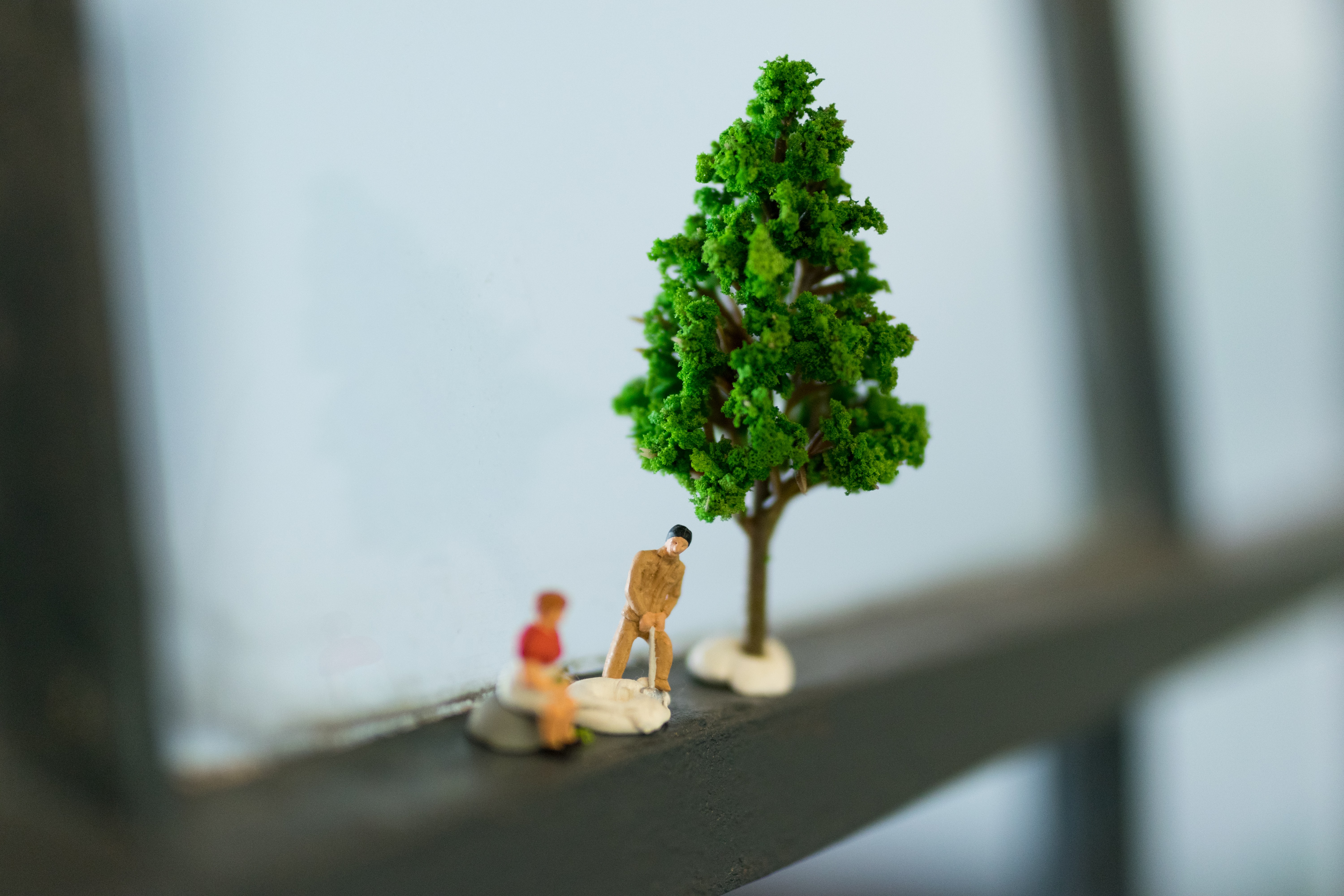 The United Kingdom has planted a tiny forest said to be the first of its kind in Oxfordshire. The little forest will consist of 600 trees and will be about the size of a tennis court. The forest is intended to not only benefit the environment but to inspire others to plant their own little forests around the world. "We hope to inspire individuals, businesses and government to take environmental action, by supporting a tiny forest in their local area." 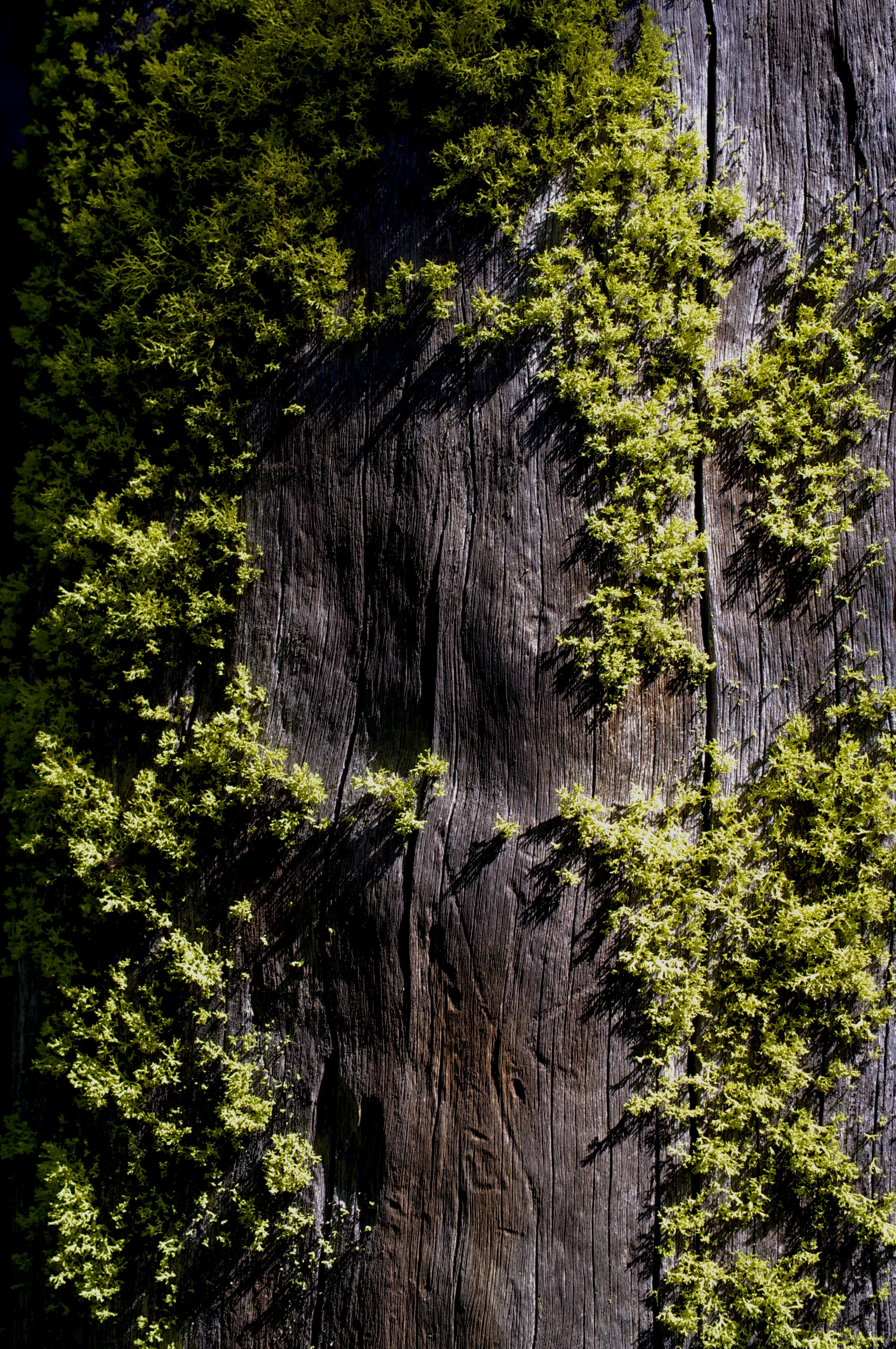 There we have it, another month down with more good things happening in the world that can make us smile. Before we know it, everything will settle down and life will resume in a new normal. It is a good time to think about the impact you make in this world and how you can be a part of the good news we want to be sharing. We could call start by planting a tree or making an action plan for Earth Month!

P.S. Need some more good environmental news? We've got you covered with lots of good news stories from the past year.