Every reforestation project is a little different. Every place on the planet is facing their own unique challenges. In light of these challenges, places like Uganda and Tanzania are finding ways to make reforestation more than just environmentally beneficial, but also socially and economically too.

Once the rainy season arrives this year in Uganda, 20,000 trees will be planted by local farmers through a partnership between One Tree Planted and The International Small Group and Tree Planting Program (TIST), and another 200,000 trees will be planted in Tanzania by 2022. These trees will create ecological benefits which include reduced soil erosion, improved soil quality, increased biodiversity, improved riparian health, climate change mitigation, carbon sequestration, and buffers around protected areas. Tree species planted included pinus patula, pine, gravellia, orange, mijohoro, teak, cyprus, mango, omusizi, casuarina, and plumb.

That just touches the surface of these projects. Now let's take a look at how communities in these two countries are turning the act of planting trees into nutritious meals, access to education, and long lasting business models! 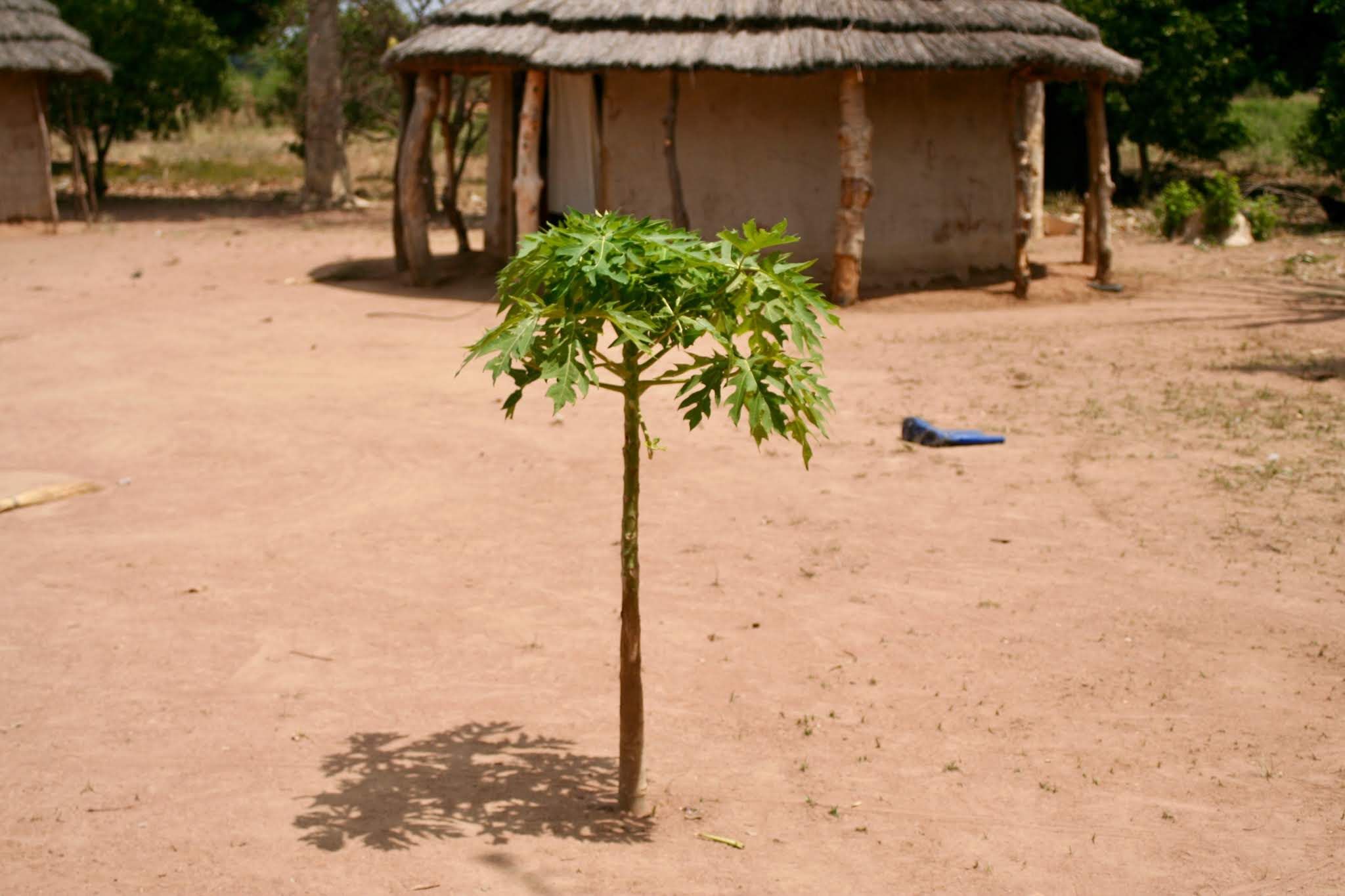 A Unique Approach to Planting Trees

TIST was created and is run by a network of farmers in East Africa and India. The program is mostly funded through carbon offsetting via tree planting. The trees are planted in meticulous ways and consequently monitored and managed to ensure optimal survival and long-term health for carbon sequestration.

The carbon that gets sequestered by these trees is counted as credits towards a marketplace where businesses can purchase carbon credits to offset their carbon footprint. 70% of the profits go directly to the hard working farmers who are part of the program, and the remaining 30% are reinvested into further reforestation projects to continue growing the initiative.

Where many tree planting efforts focus on the number of trees being planet, this program is more dedicated higher tree survival rates. Meaning that it is more important that trees are planted correctly and are provided proper aftercare. What the average person doesn't know is that trees do not absorb their maximum amount of carbon until they are mature, which can take between 6-10 years. And even once trees reach maturity, the amount of carbon they sequester is still an estimate. An average rule of thumb is that one mature tree can absorb up to 22lbs of carbon per year. Because of this time gap, carbon credits do not get issued until a tree reaches maturity. Even though there is a waiting period before a tree is technically eligible for carbon credits, farmers are compensated in advance when the trees go into the ground. That results in an immediate return on their efforts, and helps retain engagement in the program over time. 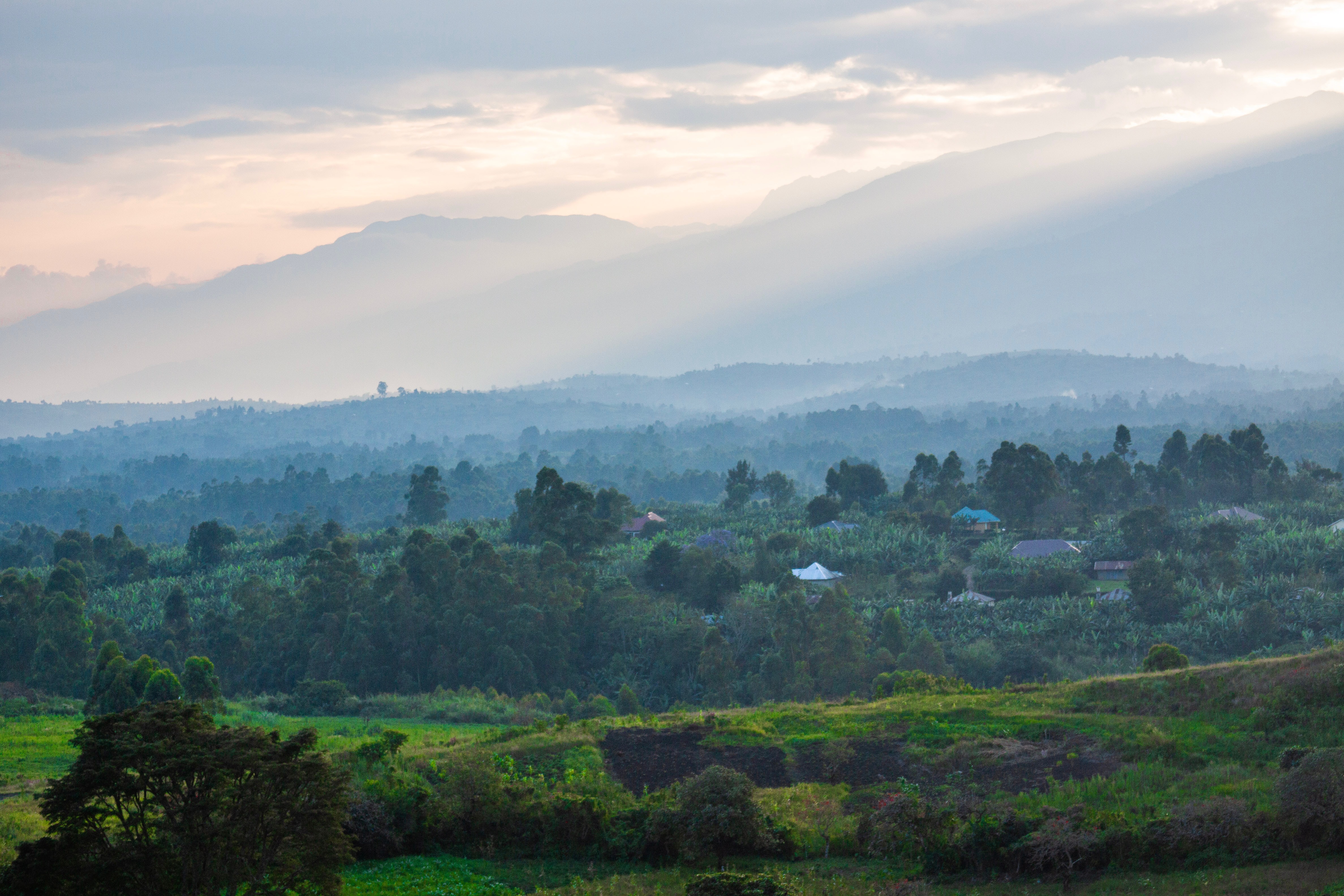 How Do We Know How Much Carbon is Captured?

Accuracy and data are critical. And with a vast network of 65,000-70,000 farms that total over 19.4 million trees, it's no simple task to account for all the metrics. This is done manually, which thus far has proven to be the most effective method for tracking. Teams of quantifiers visit the farms and count EVERY SINGLE TREE by hand!

All trees do not absorb carbon the same way, so the trees are counted and measured by strata, species, and age class. In ecology, stratification is a way vegetation is measured. Essentially, it is the different heights and layers in a forest ecosystem. Once the data is collected it is put into a robust database which calculates how much carbon is absorbed.

Could Farmers be the Climate Change Heroes we Need? YES!

There are approximately 1 billion subsistence farmers around the world who are operating on 2 billion hectares (2,471,053,815 acres) of degraded land. Subsistence farming is a system in which a farmer is producing just enough to provide for themselves and their families. In Uganda alone, the TIST farmers are averaging 57 tonnes of carbon absorption per hectare per year which is several times what the IPCC thinks is doable. If you were to apply that to target farmers worldwide it would single handedly sequester all the anthropogenic CO2 in the atmosphere. Having individual farmers tend to individual trees allows for the trees to grow much faster, which helps perpetuate a positive cycle of regeneration. 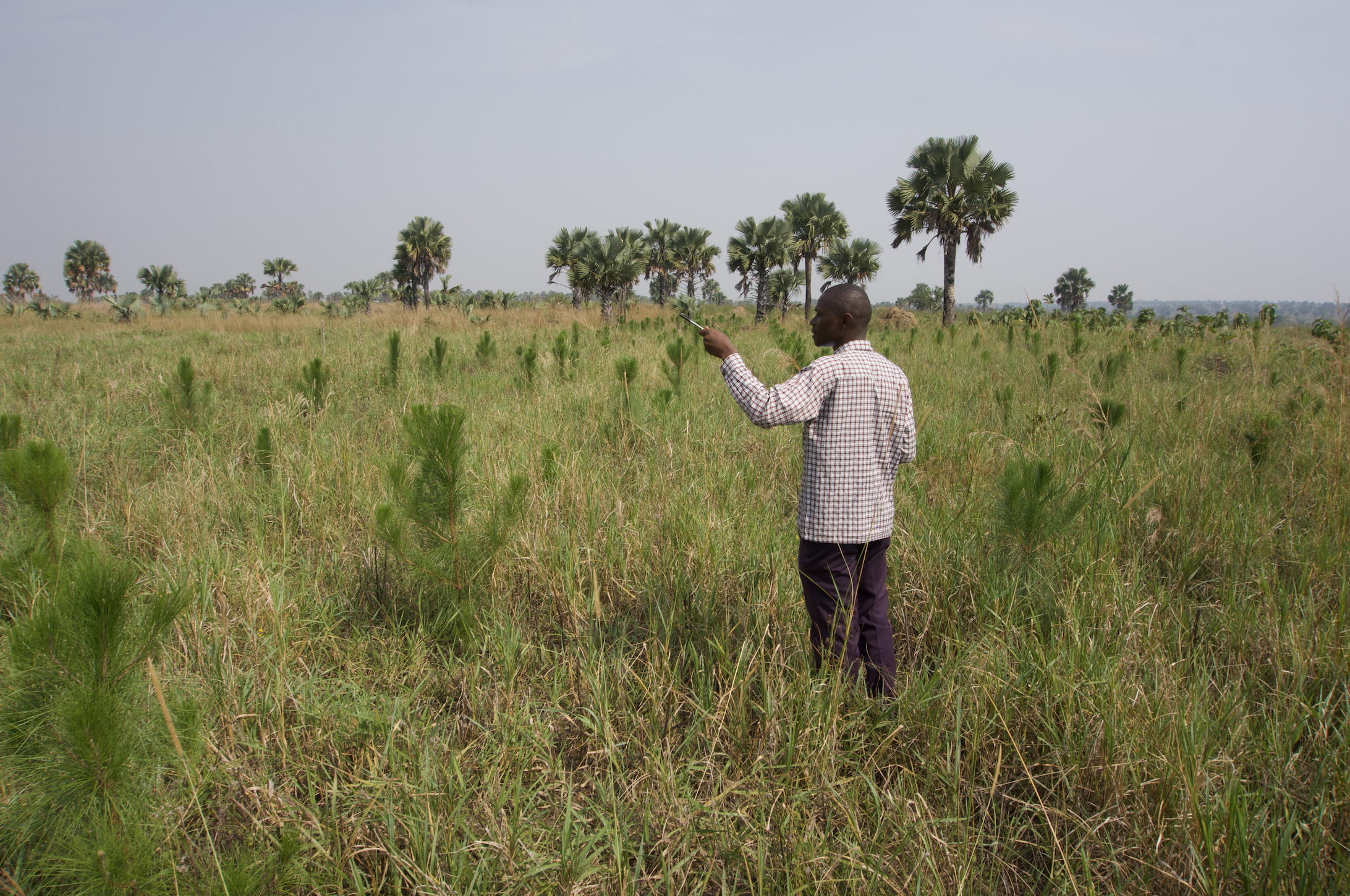 The trees are almost exclusively planted on private land owned by farmers. The participants don't necessarily need to own the land either. They simply need permission to plant on the land by the owner. This policy allows for more women to participate in the program because as much as 90% of land is owned by men in Uganda. We'll speak further on how TIST also heavily promotes and implements gender equality into their program later on.

The program's goal is designed to benefit farmers. There are many more incentives for farmers to participate than just profits from the carbon offsets. Through agroforestry, this program allows for the creation of profitable and sustainable businesses that will generate income and provide nutritious meals to the community for many years to come. Many farmers are able to see the incentive of making their land productive in the long term. Eligibility of the land size is flexible as there are some farms that have as few as a dozen trees, which only enhances the inclusivity of the program so that people located in very remote and impoverished areas can also participate.

After conducting an economic audit, TIST discovered that there is an $8 value for every tree planted. This is quite a high return on investment considering it costs $1 per tree to plant. What is included in this value is far beyond the profit of nuts and berries from the trees. This also includes benefits such as creation of windbreaks for homes to prevent damage and also includes the trainings that are provided to the community which help develop skills. 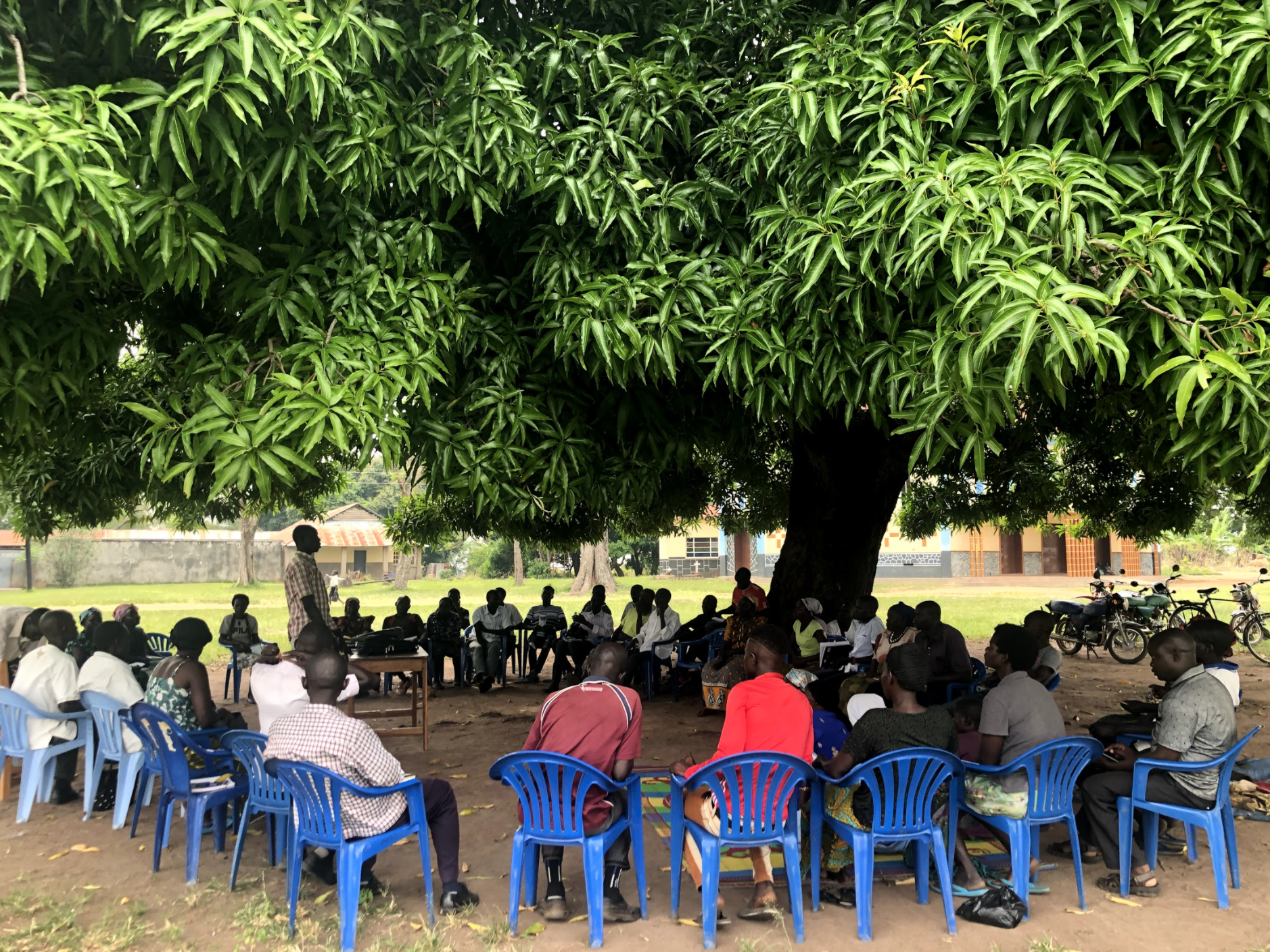 A Sense of Community Among Farmers

One aspect that's truly amazing about this program is the level of leadership and sense of community that is involved. While most farmers initially start due to interest in money, they soon realize the immense social benefits that come along with being a part of TIST. The farmers create leadership capsules and networks at the community level. These mutual support network of farmers is where they receive training, swap experiences, and receive payment. They gather in cluster units consisting of 20-70 small groups, and hold over 300 meetings per month! And this is a network that farmers are tapping into and creating themselves. Because of the level of personal involvement and ownership that farmers have, much of the recruitment happens through word of mouth from the farmers. In fact, the reason TIST has been able to scale about 5-8% per year is almost solely on the involvement and word of mouth from farmers who get their colleagues to join. That is massive growth for an organization that has been around for 20 years. 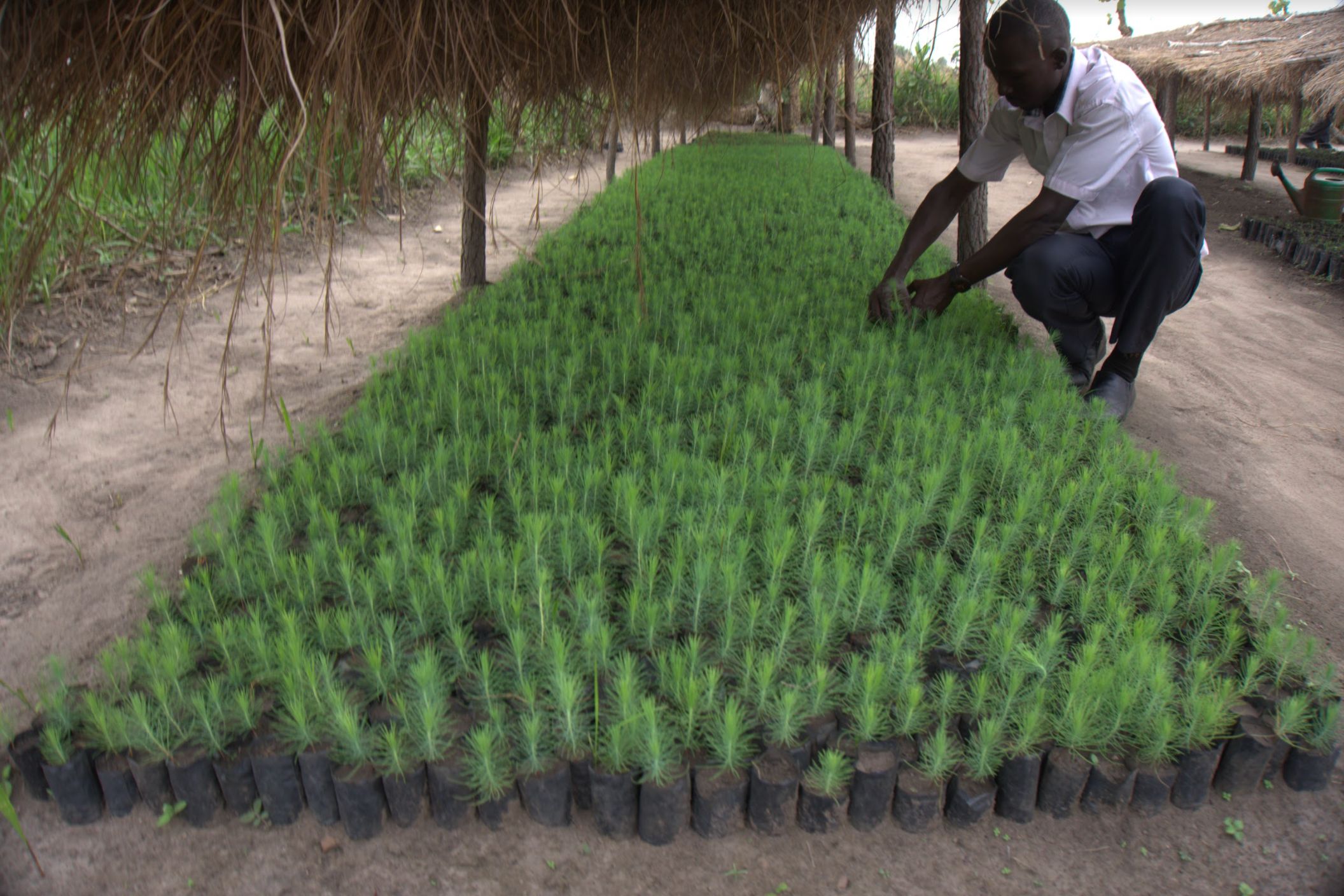 The lesser obvious benefits of tree planting to most people are the social benefits. When you think of trees, you don't necessarily think gender equality, access to education, or better overall health. But guess what, trees do all that! While TIST is very adamant about not imposing any western culture values on the participants, they do require that there is an equal amount of women and men in leadership roles. They use a rotating schedule with a new leader every month, going back and forth between the genders. Women play a key role in addressing climate change, so this is a wonderful policy for many reasons.

Tree planting programs like this go far, far beyond just environmental benefits. Other impactful benefits include:

The economic benefits allow for people to afford school clothes. Parents having a steady income means that children are more likely able to attend school.

The program also comes with trainings and education for nutrition as well as health-related topics such as HIV safety.

TIST also has a cook stove program that upgrades cook stoves in homes which greatly affects the health of women due to smoke inhalation. Cooking over these wood stoves also means that someone has to be out collecting the wood which is generally women and young girls. By upgrading the stoves, girls have more time to attend school.

Implementation of Food and Agriculture Organization's farming principles can double agricultural yields in the first year. With learned skills, the participants also become more climate resilient, for example by learning to redirect water in order to prevent drought - which is more and more important considering the increasingly unpredictable rainfall. 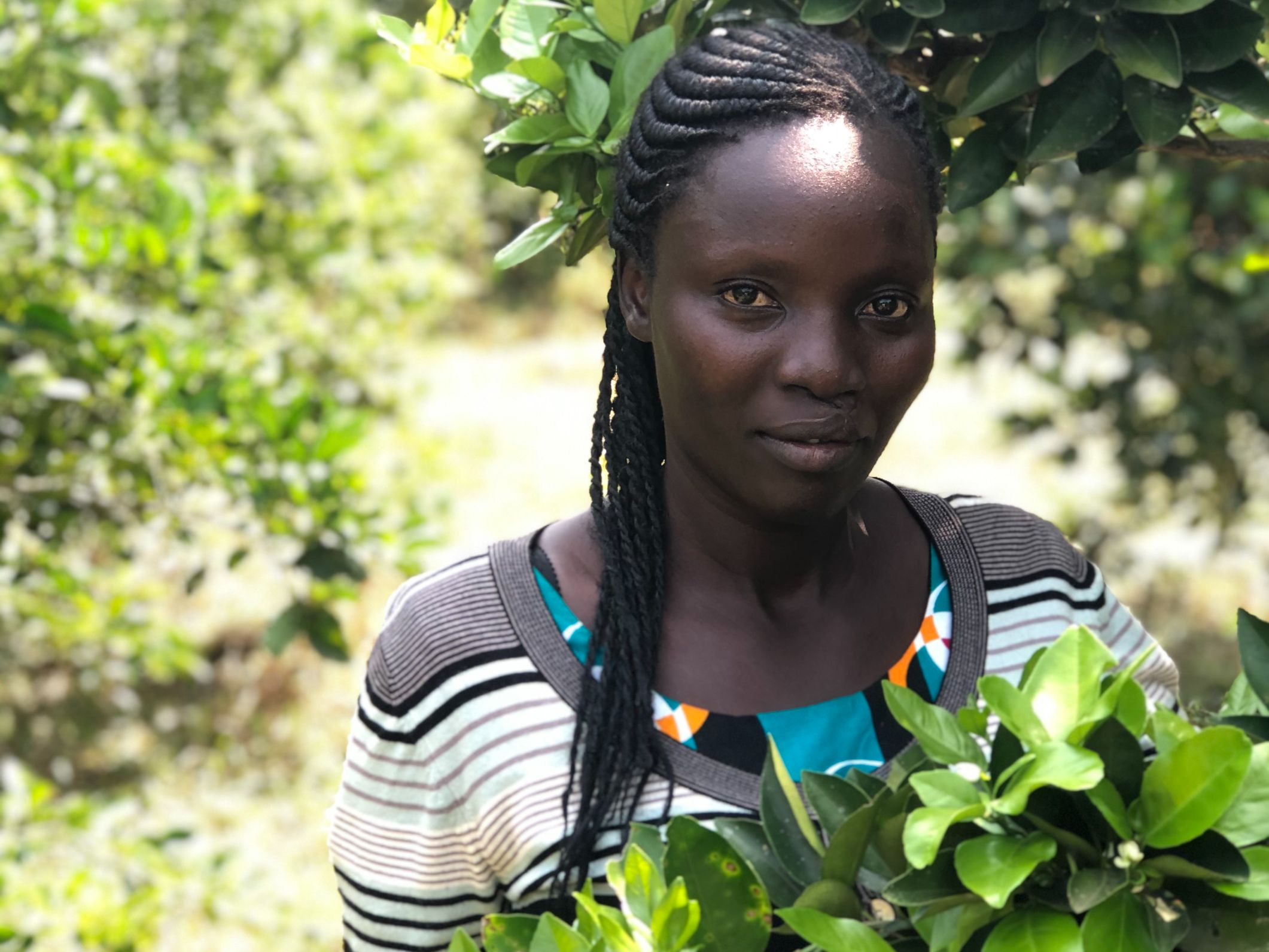 Stories from the Field

To understand why programs like TIST are crucial for parts of Africa, it is important to have a background on the history. For example Northern Uganda ended up being host to one of the largest refugee camps due to the war in South Sudan which displaced a massive amount of people, forcing them to flee their homes and seek relief from violence. Unfortunately, that means it also forced people to extract resources from the land in order to survive, causing land degradation. Luckily, we are now seeing the area begin to stabilize, but it still has a lot of challenges.

It is particularly inspiring to hear how with the right tools and resources a community can begin to come together and regenerate the land to what it once was. There are also many individual stories of how the TIST program can improve quality of life. For example, the story of one employee of TIST's, named Roseline. She is a woman in her mid-20's who channeled her hardships into benefitting her community. She initially became involved with TIST through volunteering by going into town and getting locals involved in the program. In her personal life, she was experiencing a lot of instability. Her family was experiencing land disputes, which is a common problem where there are disputes over who owns land historically. She clearly understood the benefits of restoring the land to how her grandparents remember it. TIST recognized that they needed someone like her who has a sense of a call to service people around her and wanting to build community. This lead her to become a quantifier for TIST, which means she is now a salaried employee. Roseline also serves as an inspiration to other women. Where she is from, it is normal for women to sit on the floor at a meeting while men sit in chairs. Through finding her purpose in environmentalism and a new way of life, Rosaline is a living example to other women of how there can be more options in life.

We are beyond honored to be part of a project like this. Currently, the portion of the project that we are funding is about 8 months in. That means farmers have built nurseries and have cultivated seedlings and are getting ready to get them into the ground. Planting times are dependent on the rainy season, and that has been starting later and later every year. While most of TIST's funding comes from the carbon marketplace, organizations like One Tree Planted provide essential support.

Want to support this project directly? Get involved in this incredible project inUganda.