The Year of Environmental Action

Whew! 2019 was one heck of a year, particularly for the environment. And while we all know that there is much to be concerned about when it comes to nature, it's worth taking stock of the GOOD things too. Between eye opening new studies, record breaking reforestation initiatives, worldwide climate action, and major strides for wildlife, there is a lot to celebrate if you're an optimist.

Let's end the year with a bang and begin 2020 on a positive note. Here are 31 environmental good news stories from 2019! 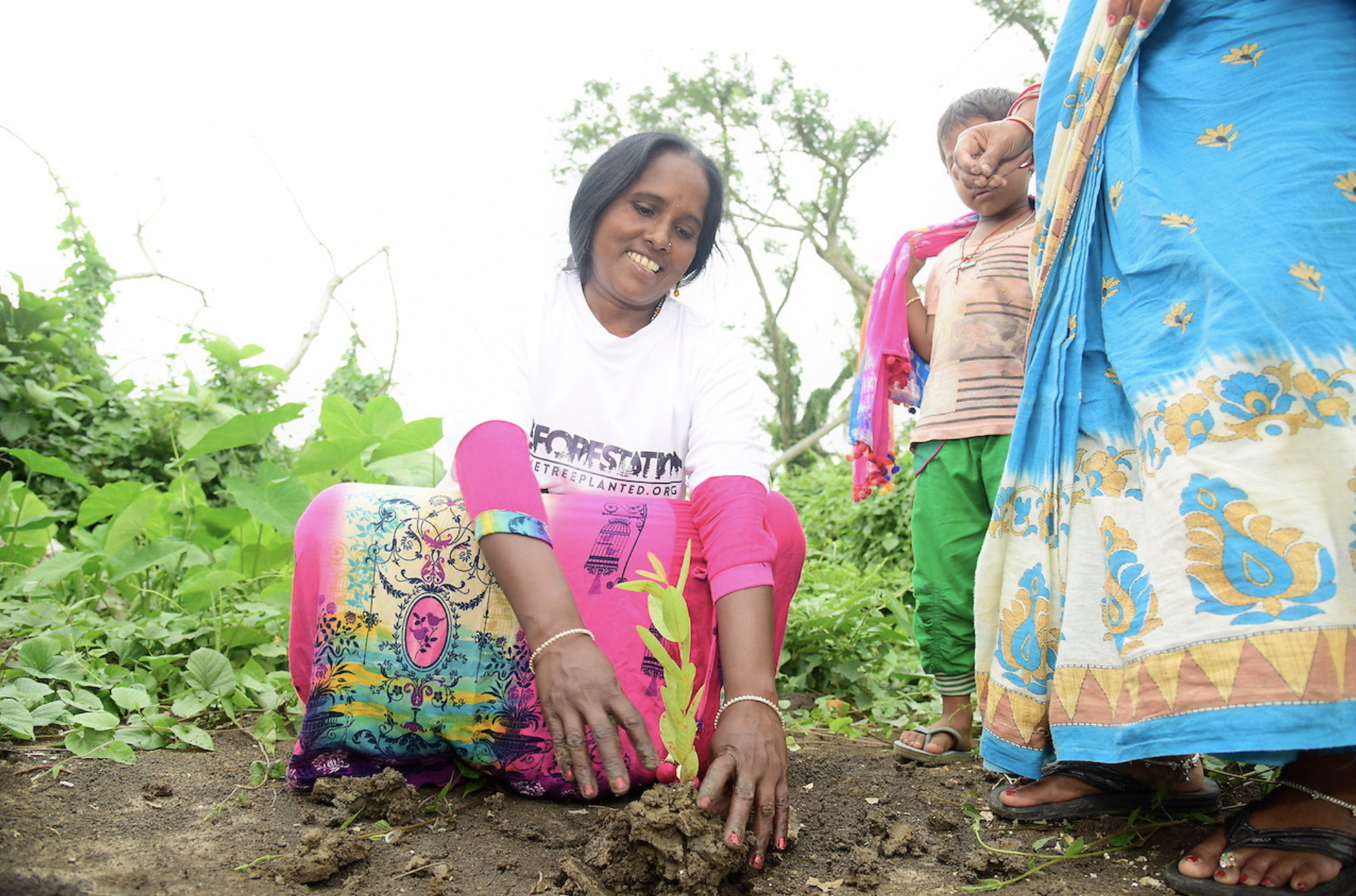 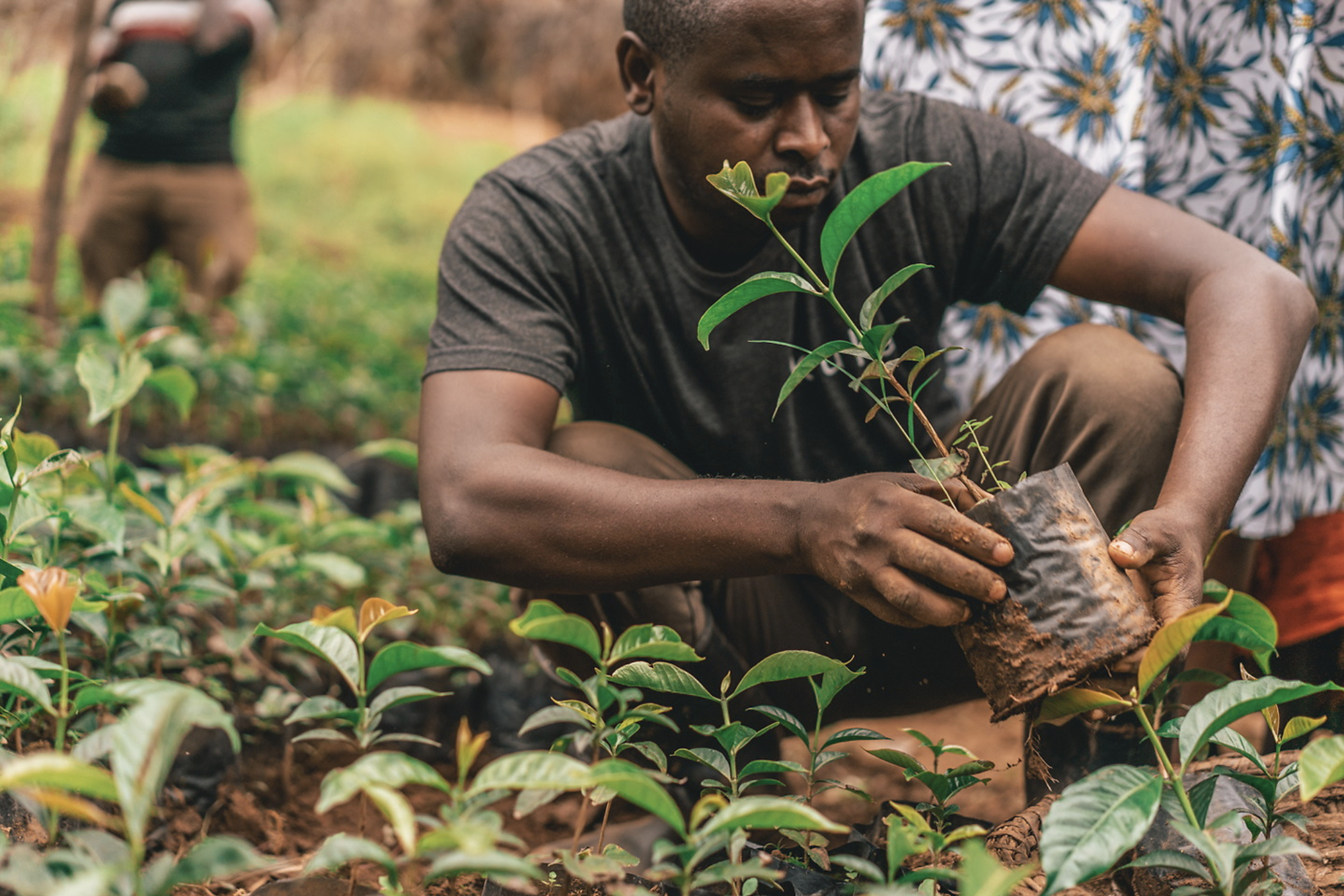 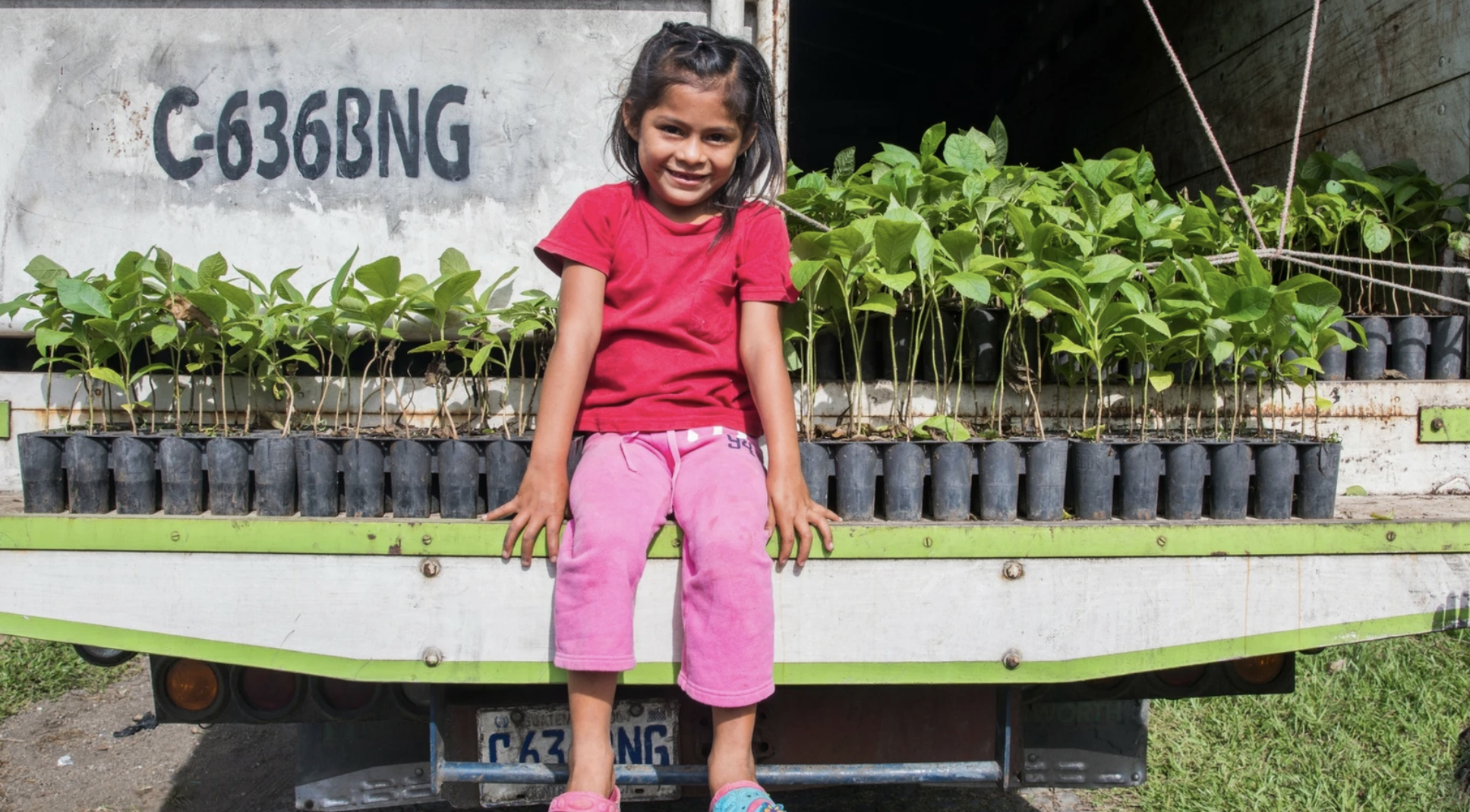 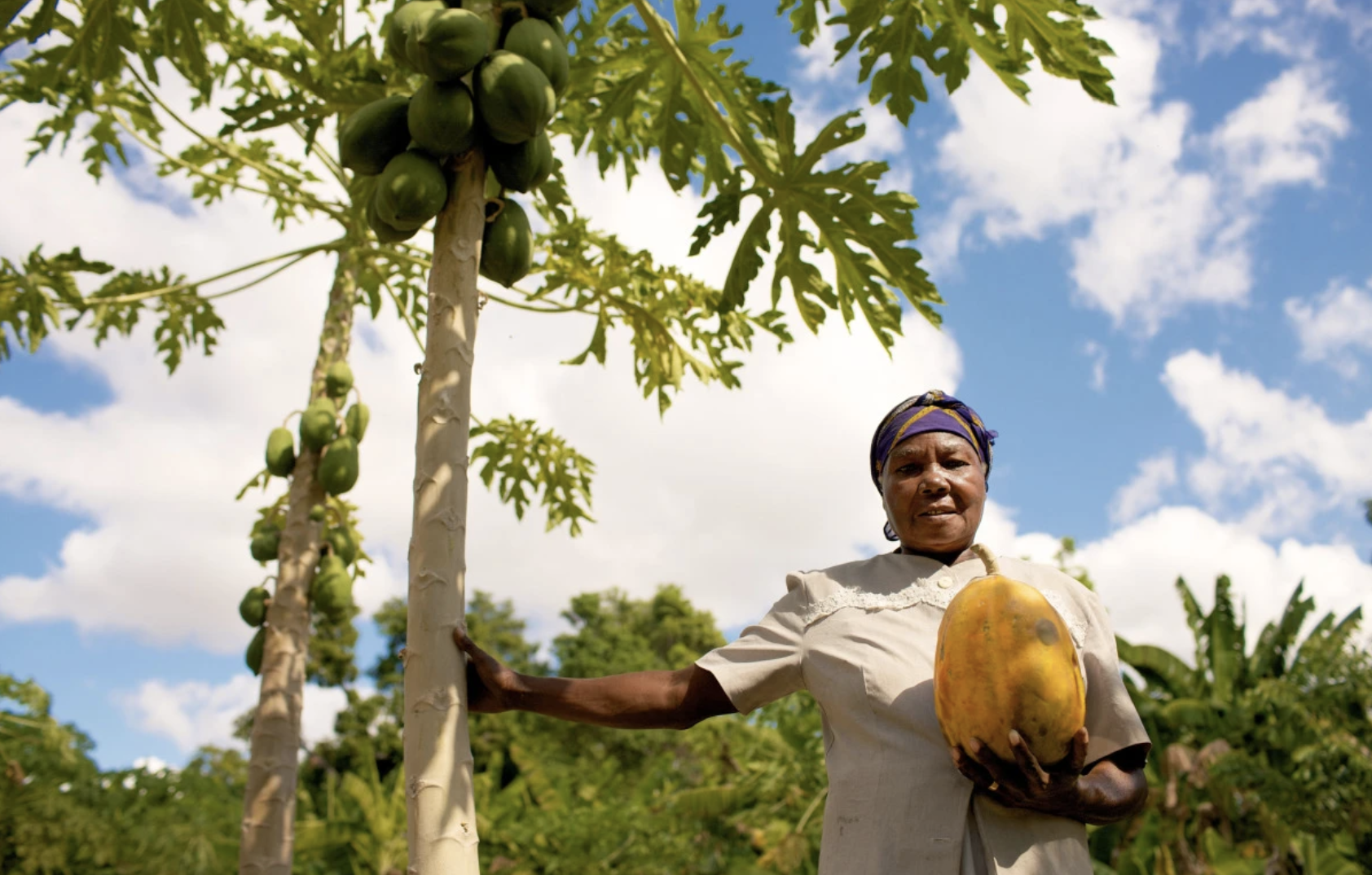 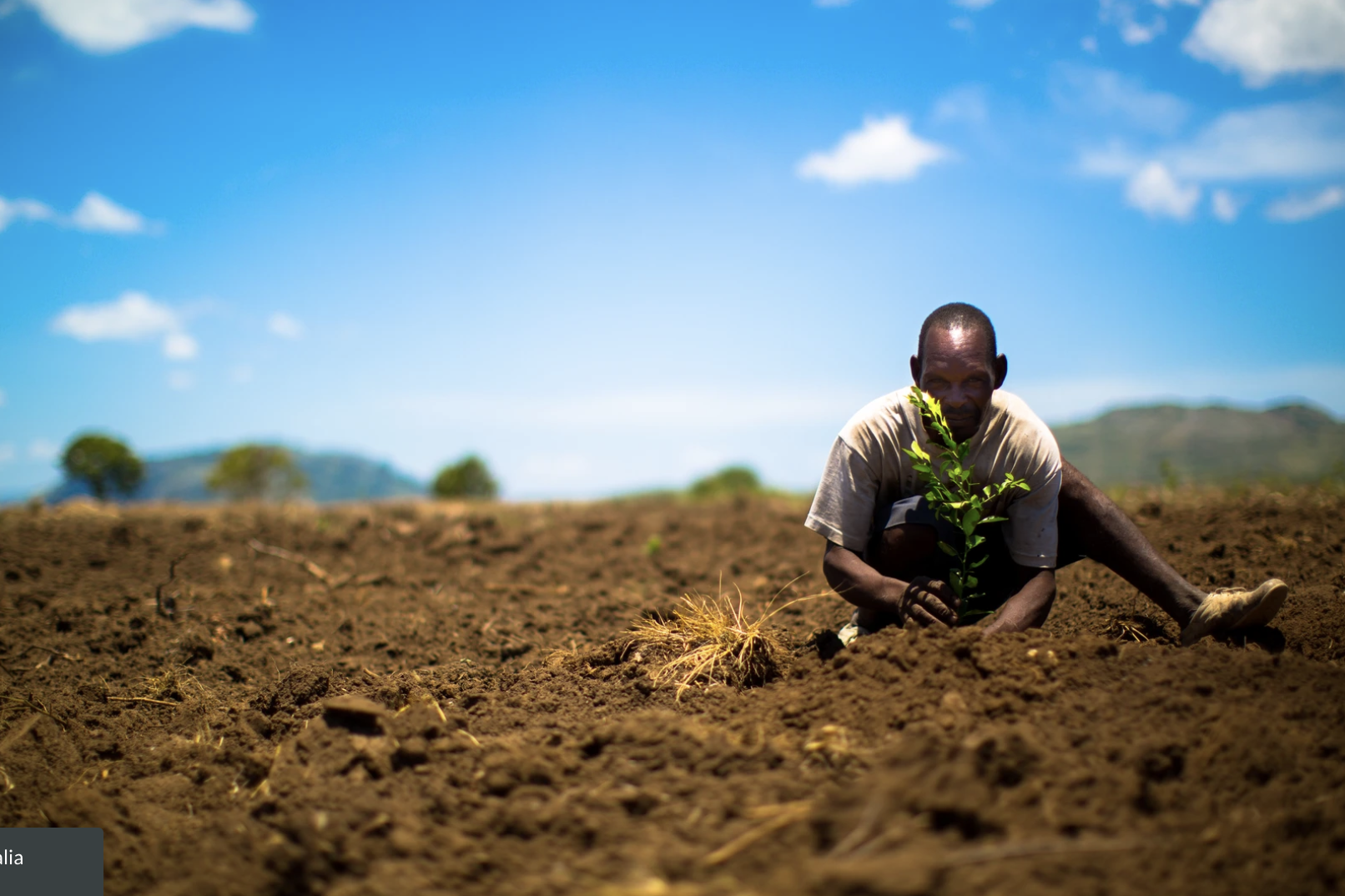 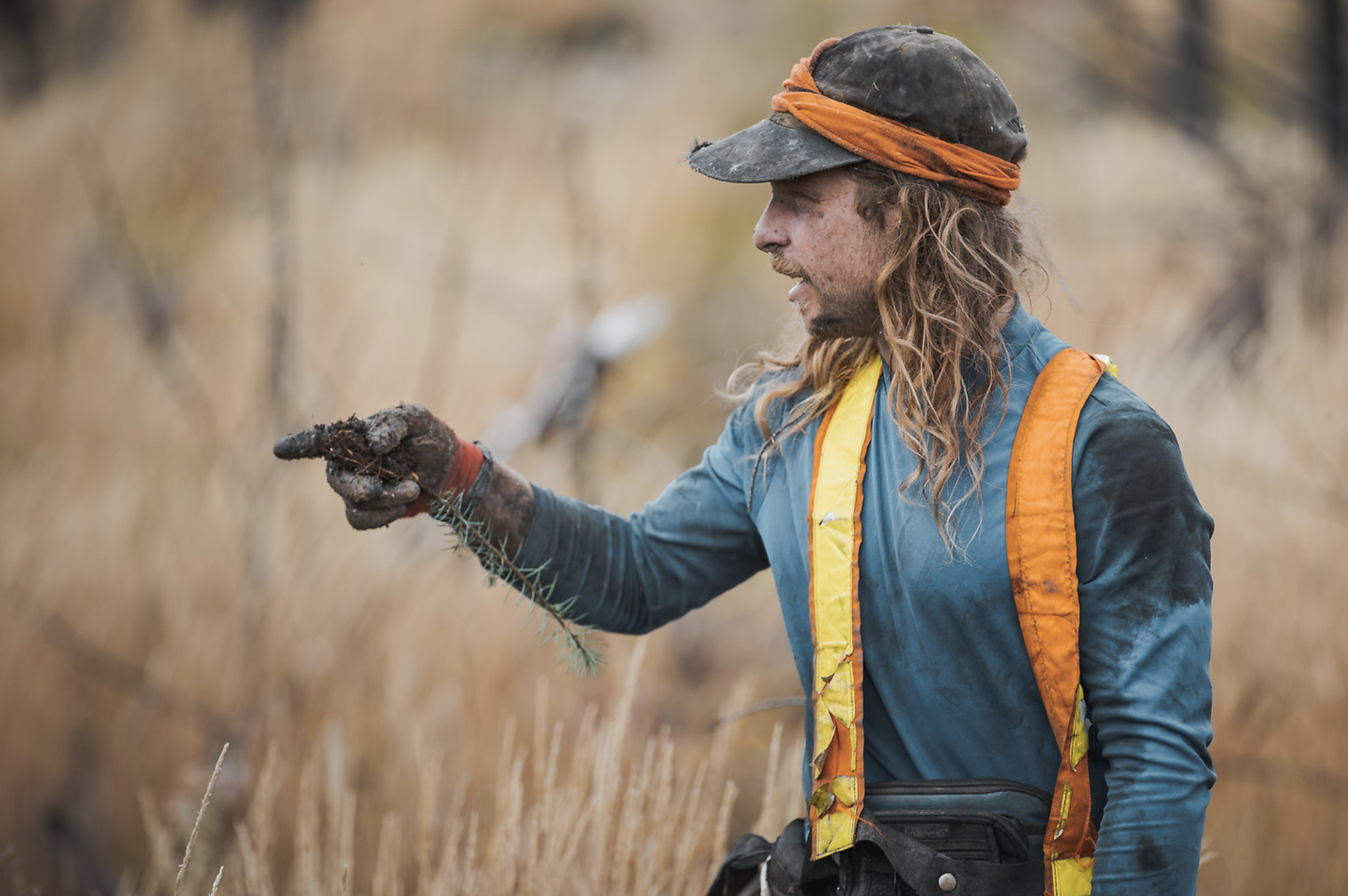 Ethiopia set a tree-planting record by planting 350 million trees in just one day. The plantings were part of a larger effort to restore the drought-prone country's tree coverage by planting some 4 billion native tree species.

Like Ethiopia, India got in on the reforestation action. Students, lawmakers, officials and other residents planted dozens of species of saplings along roads, railroad tracks, and in forests to increase forest coverage.

The moratorium was first applied in 2011 and covers more than 66 million hectares of primary forest and peatland across the country. After President Joko Widodo issued a permanent extension, new permits cannot be issued for logging, timber, or palm plantations. 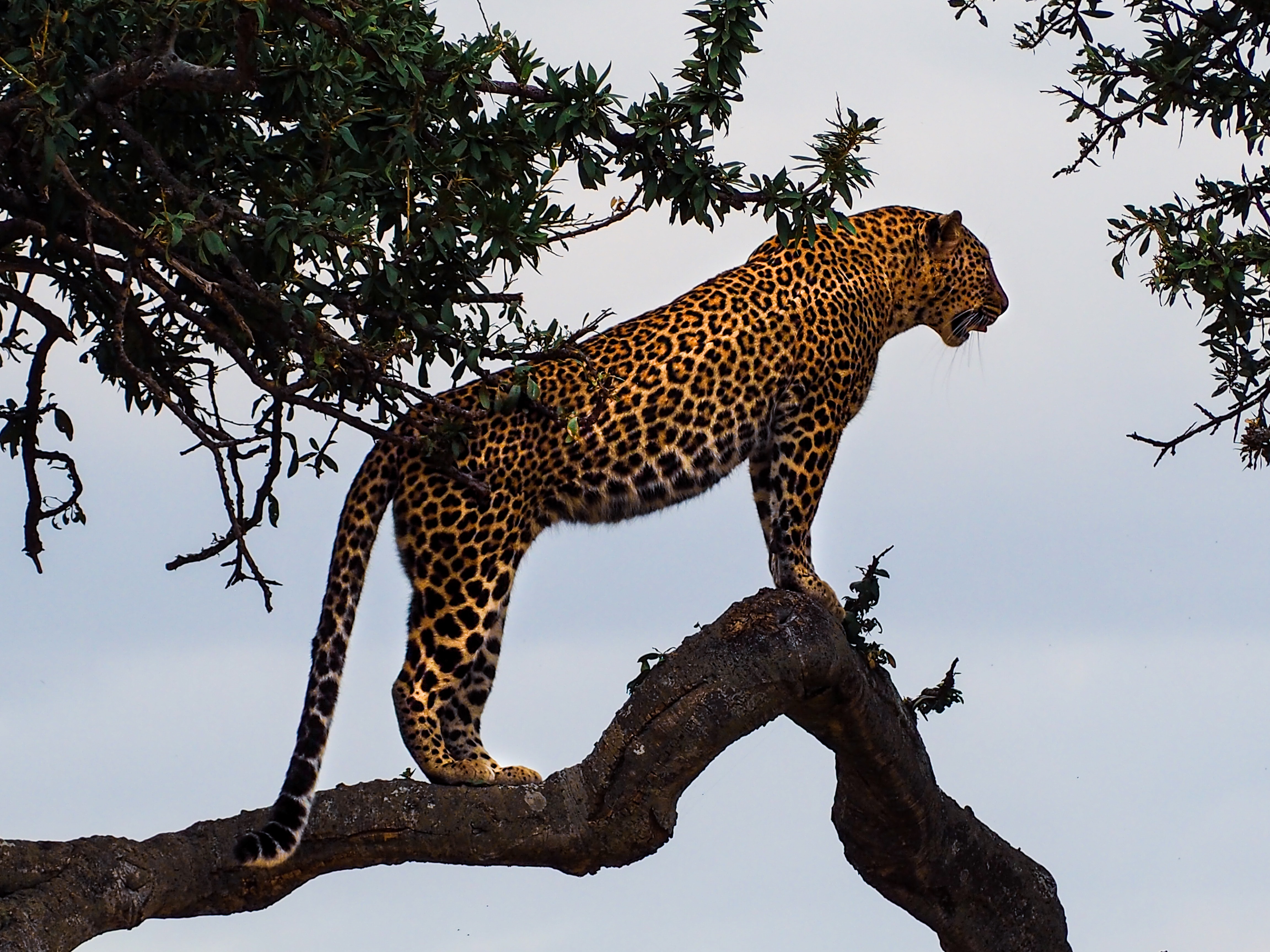 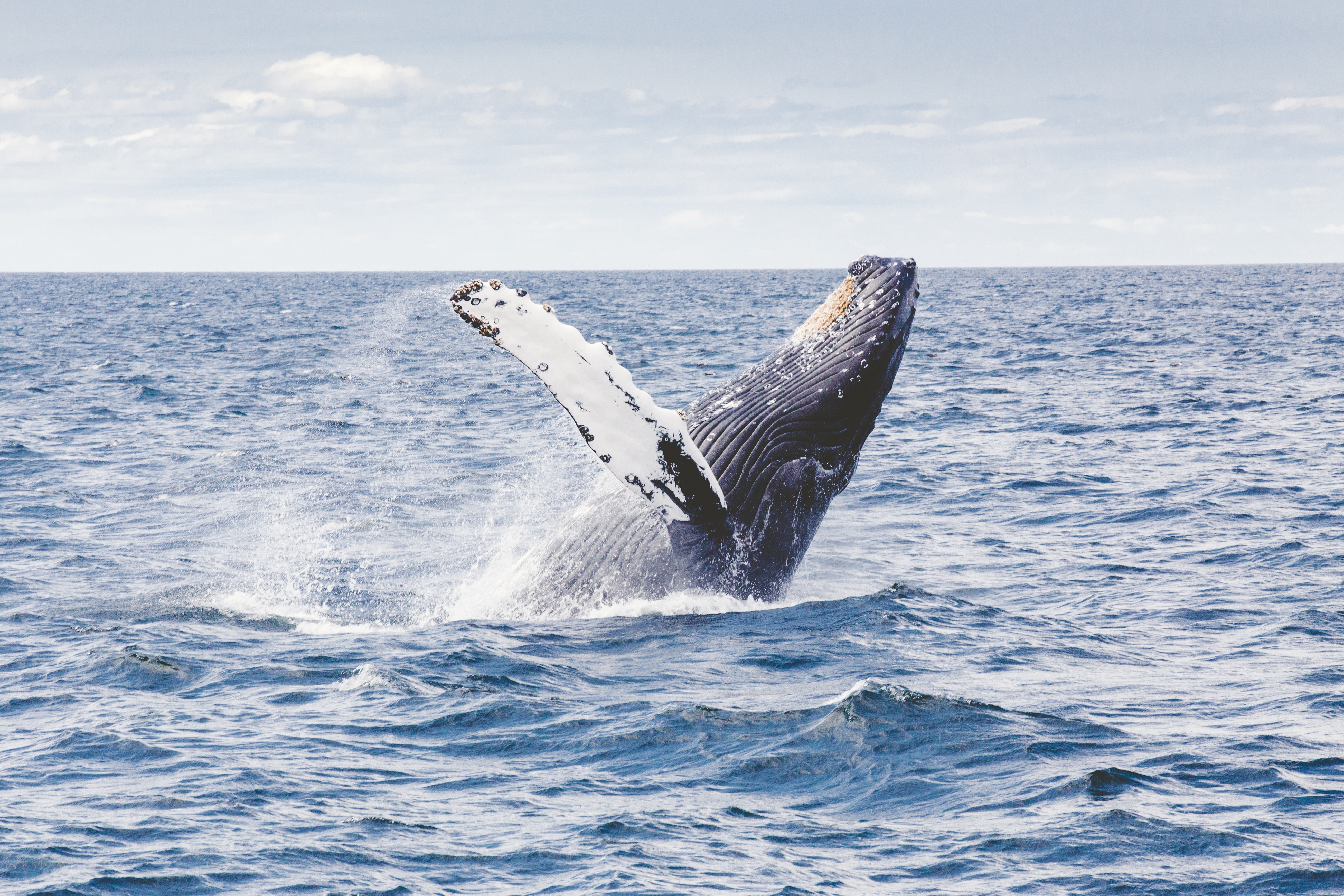 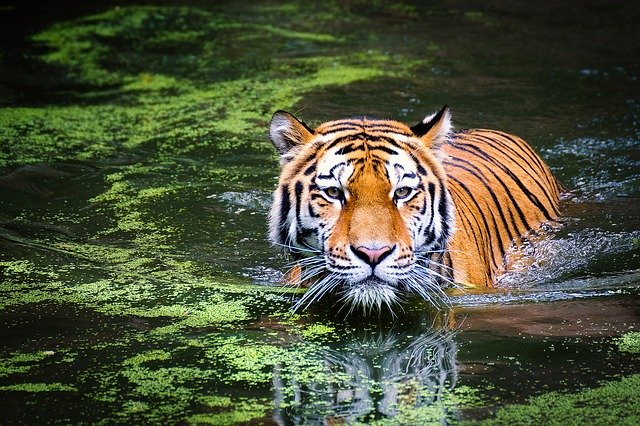 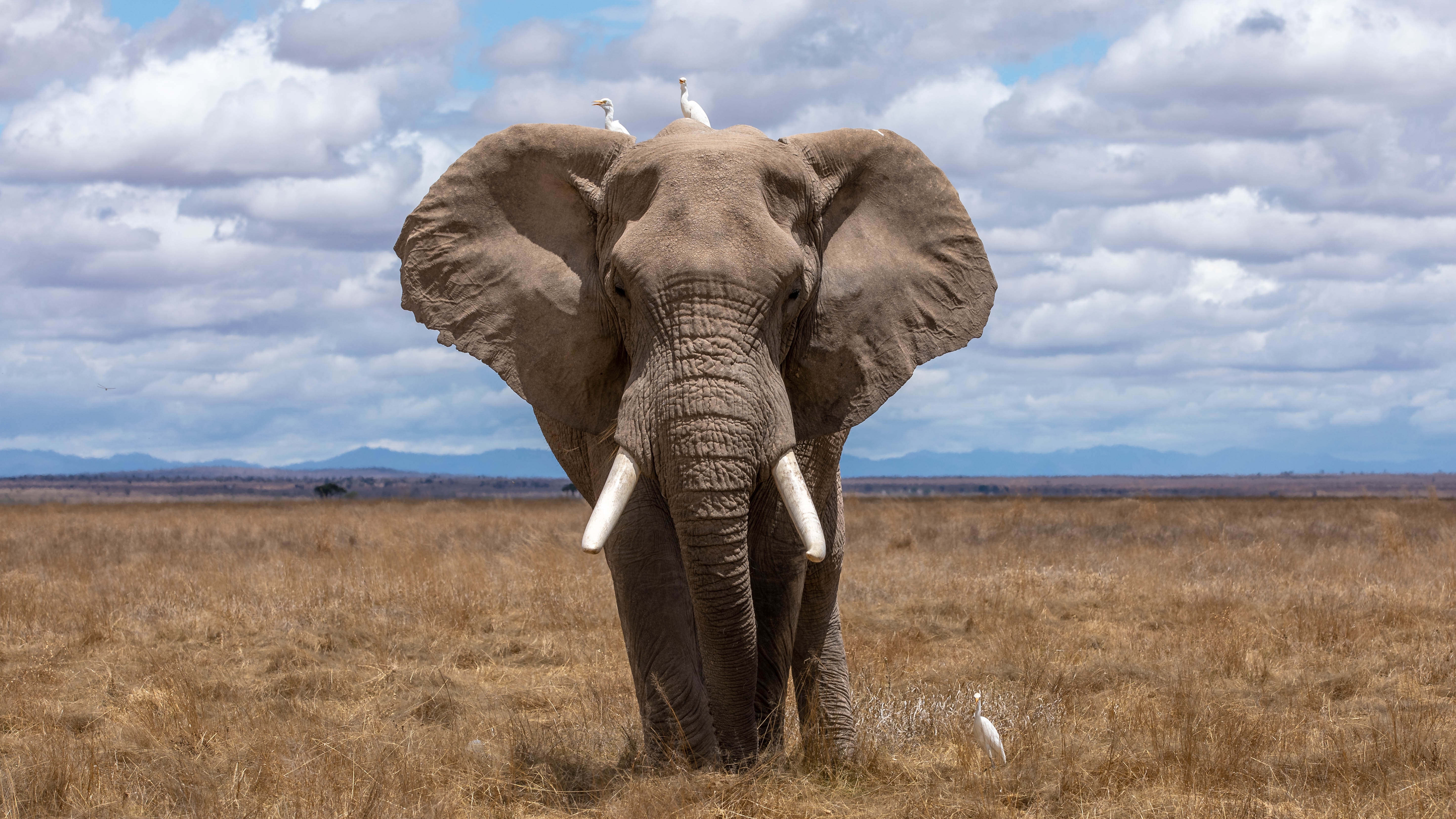 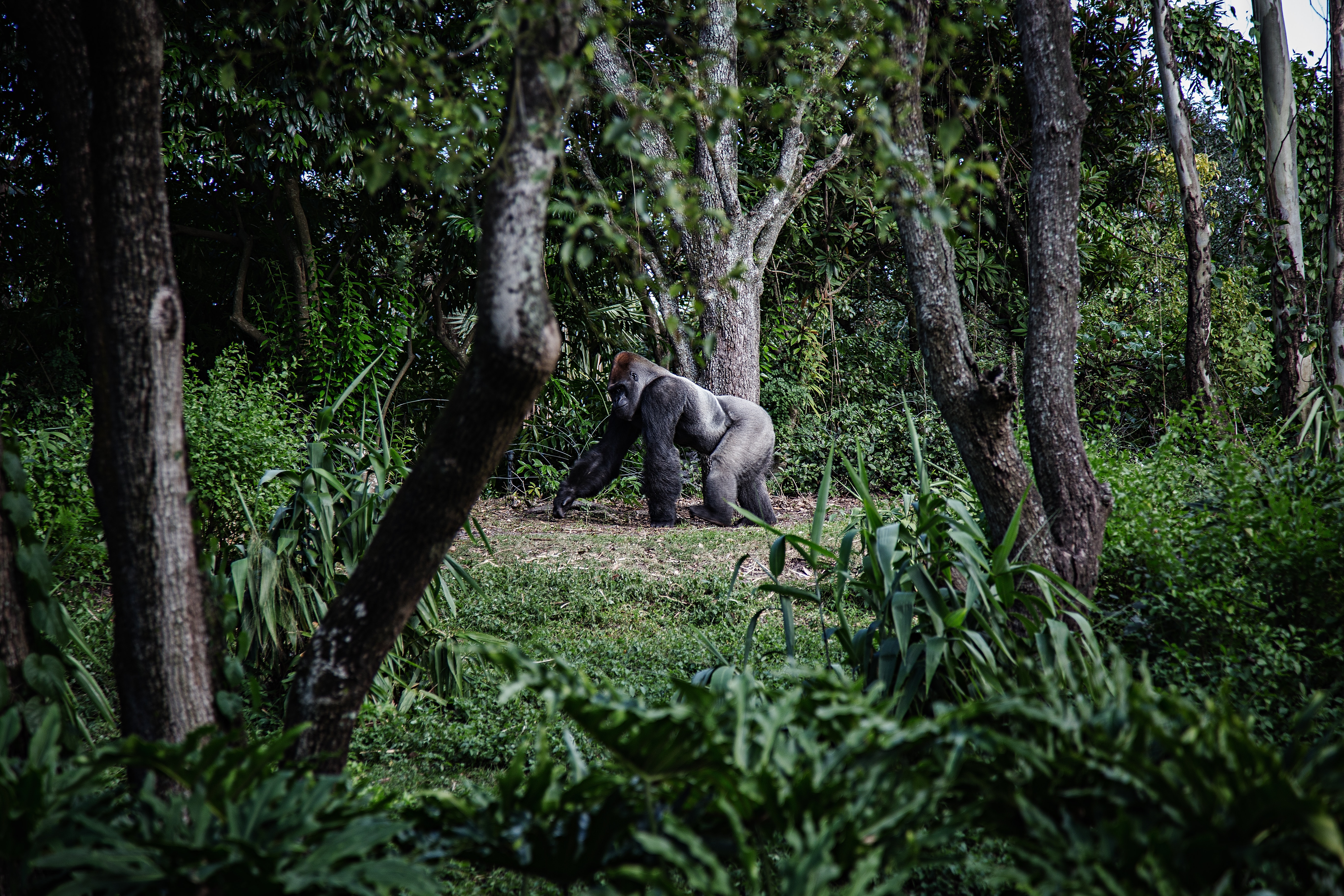 The most recent census put the number of wild tigers in the country at 2,967, up 33% from four years ago. In the early 1900's more than 100,000 tigers roamed India's wild (and sometimes not so wild) areas. We're happy to hear more of them are out and about!

Mountain Gorilla Population on the Rise

After 40 years of research and conservation efforts, the Tanzanian government has created a new national park that will protect the habitat of numerous rare species of plants and wildlife, including the endangered Udzungwa Red Colobus monkey and Verdcourt’s Polyalthia tree.

Black Leopard's Presence in Africa Confirmed After a Century of Searching

After 100 years without being spotted, the existence of an extremely rare black leopard was confirmed in Kenya. The black melanistic cat, characterized by a surplus of pigment (think the opposite of albinism), was seen on camera. If after reading this story you feel inclined to preserve other ecosystems in the East African country, we have planting projects in Kenya that would love your support!

A Welcome Return of the California Condor

After hundreds of years of declining population, the endangered California condor has hit a major milestone in its conservation efforts - the 1,000th chick has hatched! In the 1980s, North America's largest bird was nearly wiped off the face of the planet with just two dozen of the New World vultures left. Today, their numbers are on the rise with 300 wild birds, increasing to some 500 birds when including those living in captivity.

Humpback Whales are Back in Action!

We at One Tree Planted might have been focusing on Orca whales the past few months, but other whales have been dramatically impacted by human activities as well. The South Atlantic Humpback whale population has boomed! A recent study published in October puts the whales' numbers at an estimated 25,000 - almost the same amount thought to exist before whaling.

Since the 1950s, Zambia has lost nearly 90% of their elephants due to poaching. The region is now home to more than 60% of Zambia's elephants and saw poaching fall by half. This massive reduction is largely thanks to a community-based program that focuses on involving the people who live near the parks. The program offers education and training on alternative ways to make a living, drawing people away from the financial incentives of poaching. 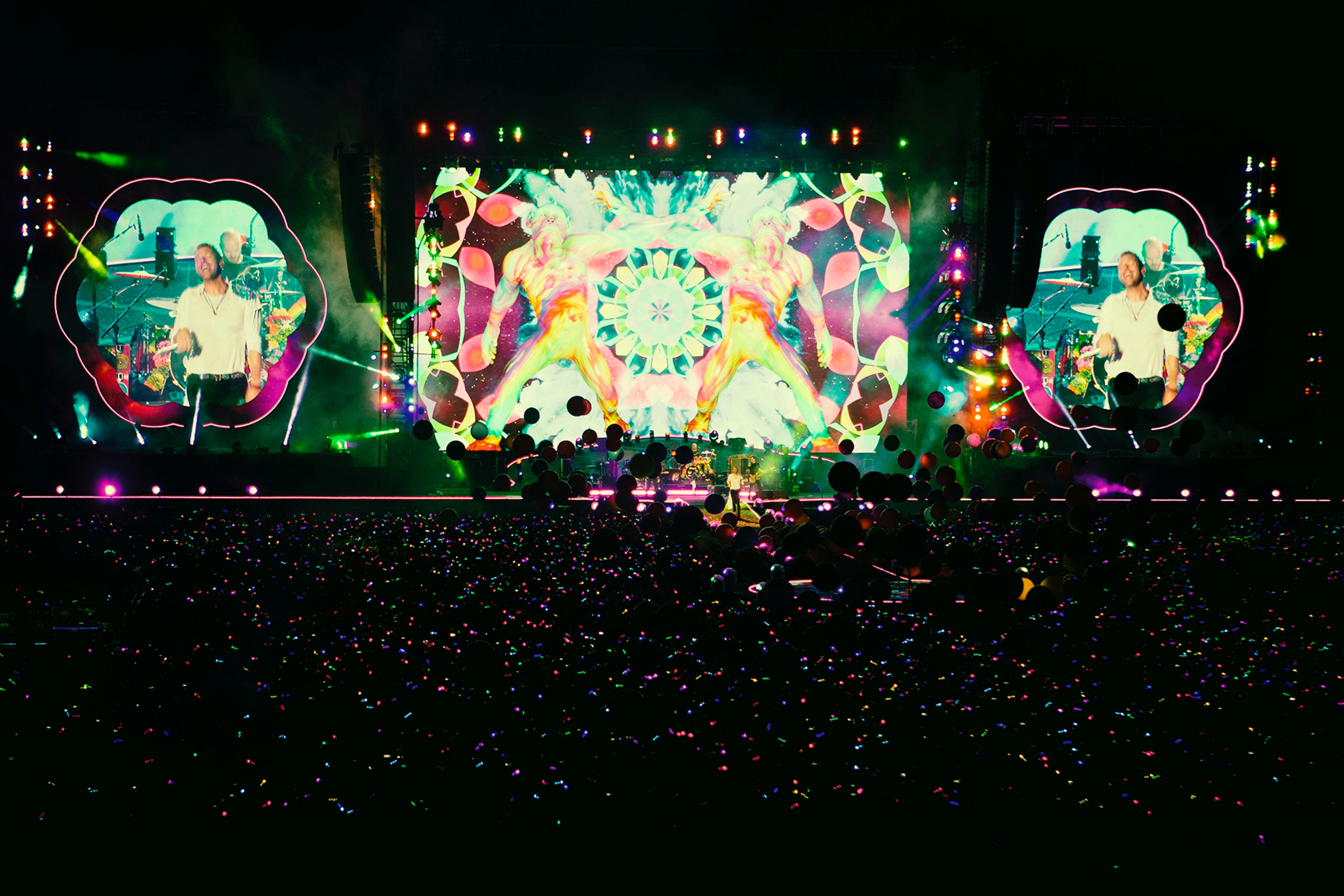 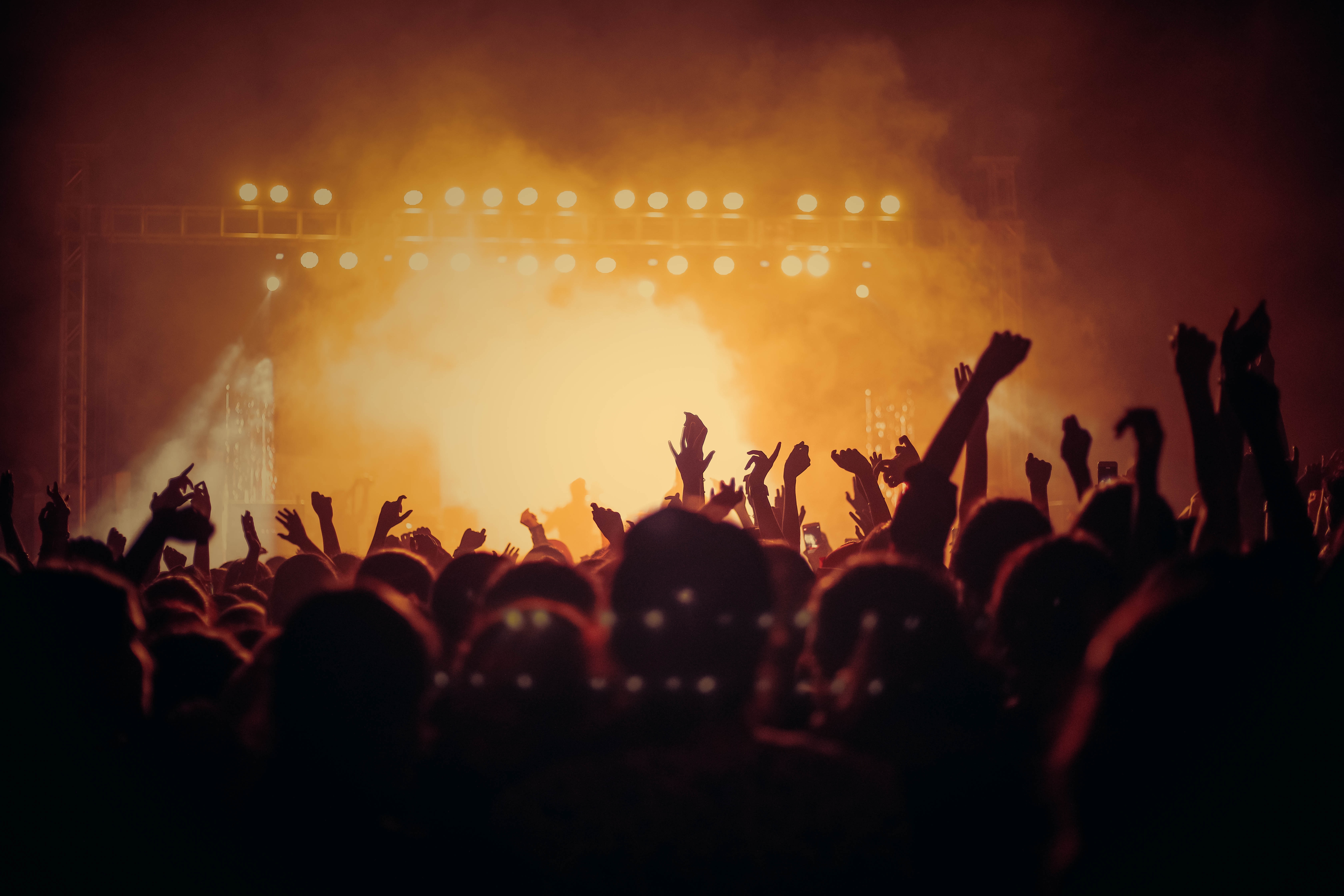 Coldplay has decided not to tour for their new album until they figure out how they can minimize (or even eliminate) the environmental damage it causes, as well as creating a positive benefit on top of that. Touring for the better part of a year means a lot flights, driving, and waste, so the members of Coldplay are looking into how they can eliminate plastic waste and use renewable energy to power their shows. Maybe they'll even plant some trees along the way!

Earlier in June, the band Radiohead fell victim to hackers who stole unreleased recordings of one of the band's most popular albums, Ok Computer. The hackers demanded that the band pay a $150,000 ransom or else they would release the recordings online.  Little did the hackers know how much more Radiohead cared about the environment than they did about the recordings. Instead of paying the ransom, the band uploaded the recordings (nearly 20 hours worth) for purchase and redirected all the proceeds to the climate activist group Extinction Rebellion. Now that's a lesson on how to flip the script. Way to be, Radiohead! 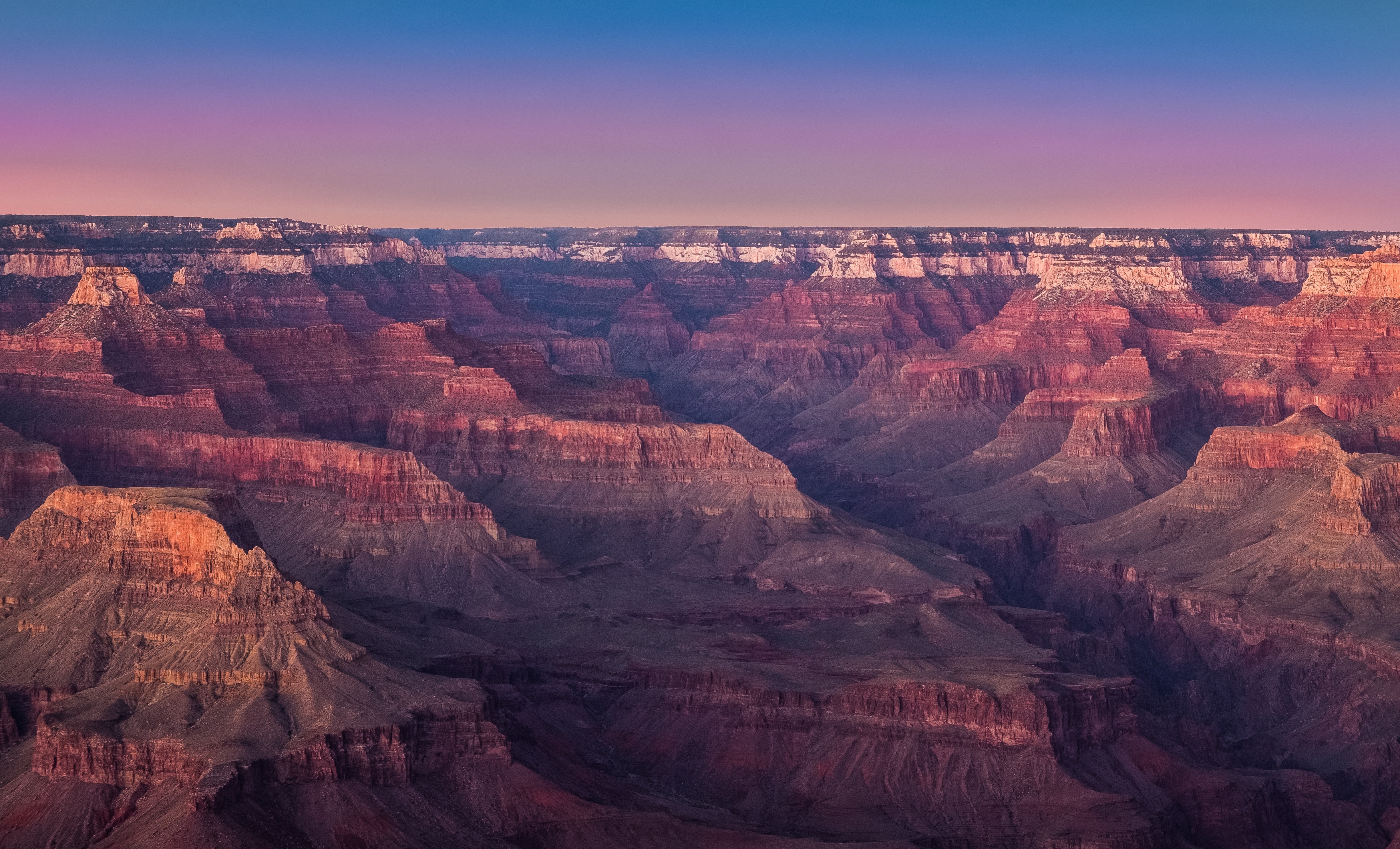 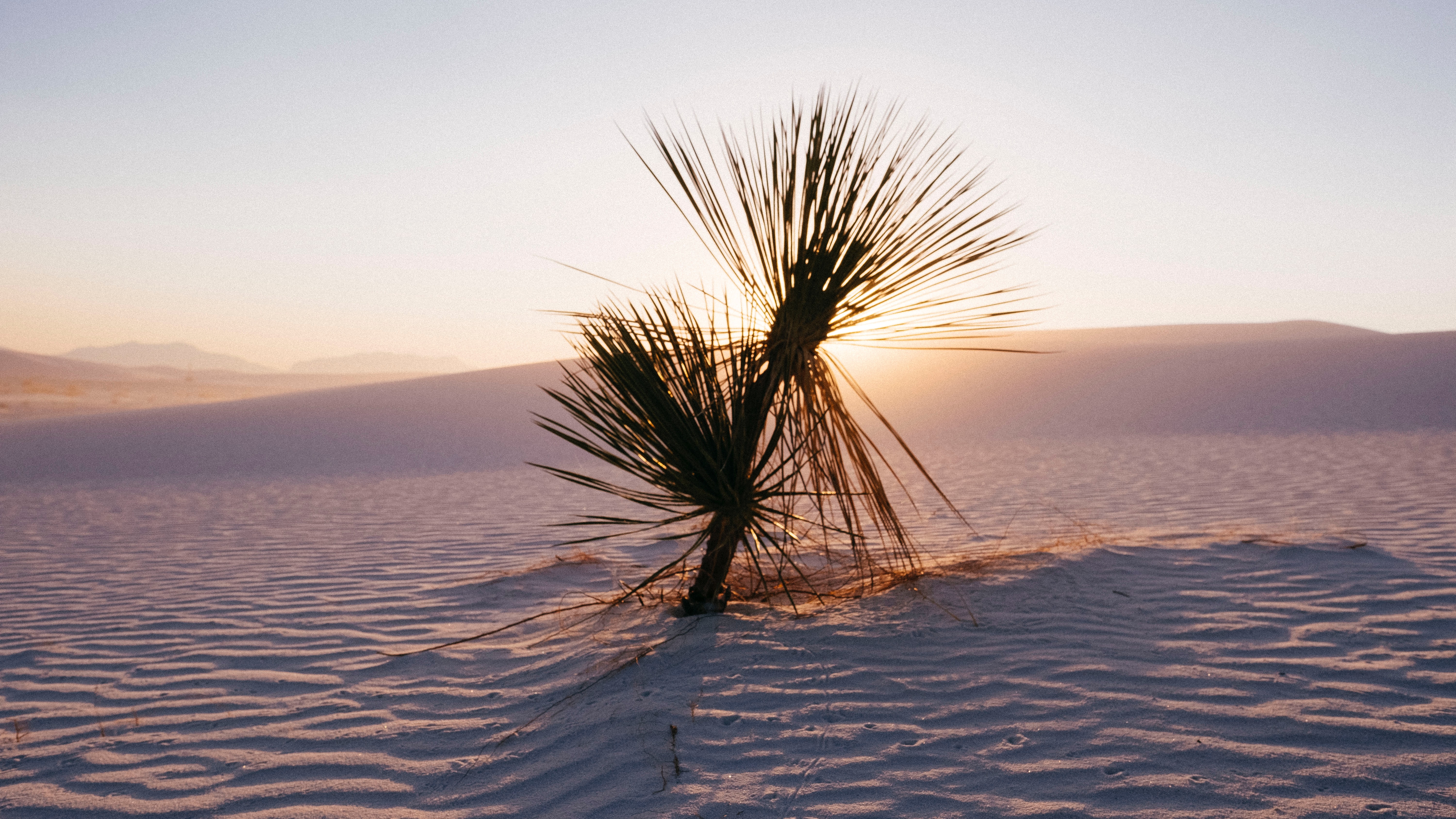 On February 26, 1919, President Woodrow Wilson established the Grand Canyon national park in Arizona. Now a century later, the park attracts more than 6 million tourists every year and remains one of the most beautiful and wild places this planet has to offer. Its centennial is the best representation of good environmental stewardship and is a testament to the importance of protecting wild and culturally significant lands.

Locals have been working to preserve the area as a national park for over 100 years. The park not only boasts beautiful scenic lands it also features the most fossilized footprints from the Ice Age in the world. It will no doubt make a wonderful addition to the national parks! 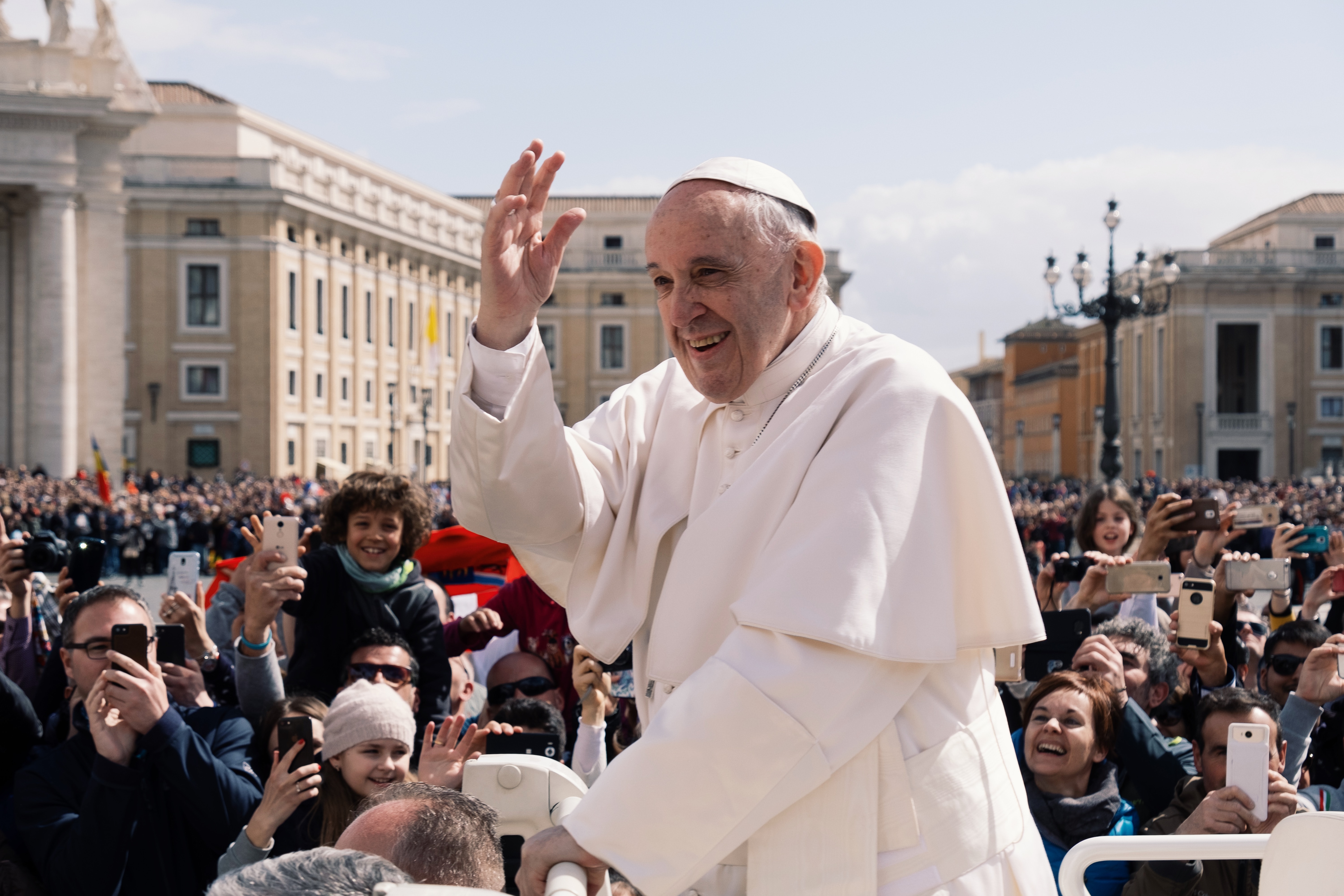 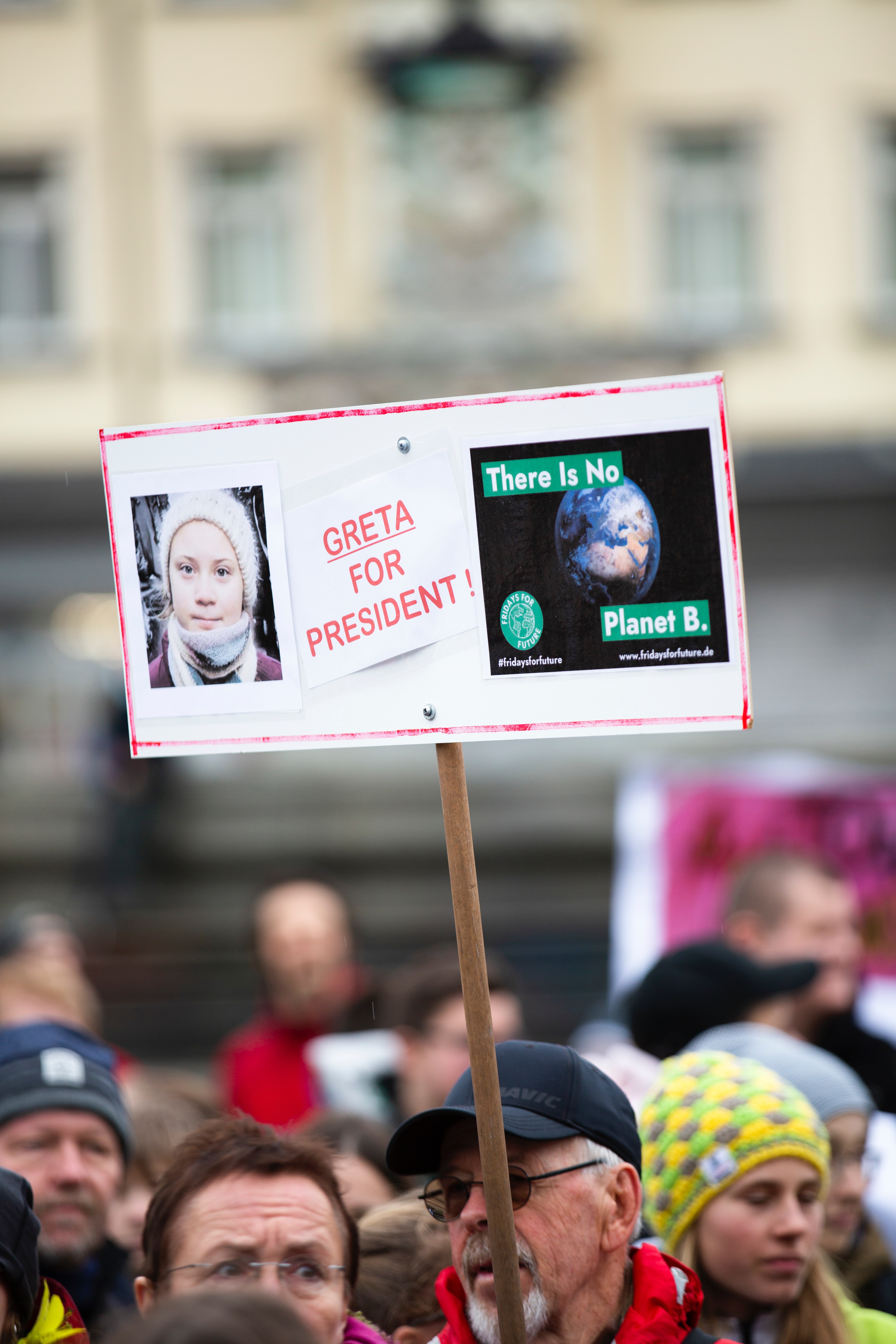 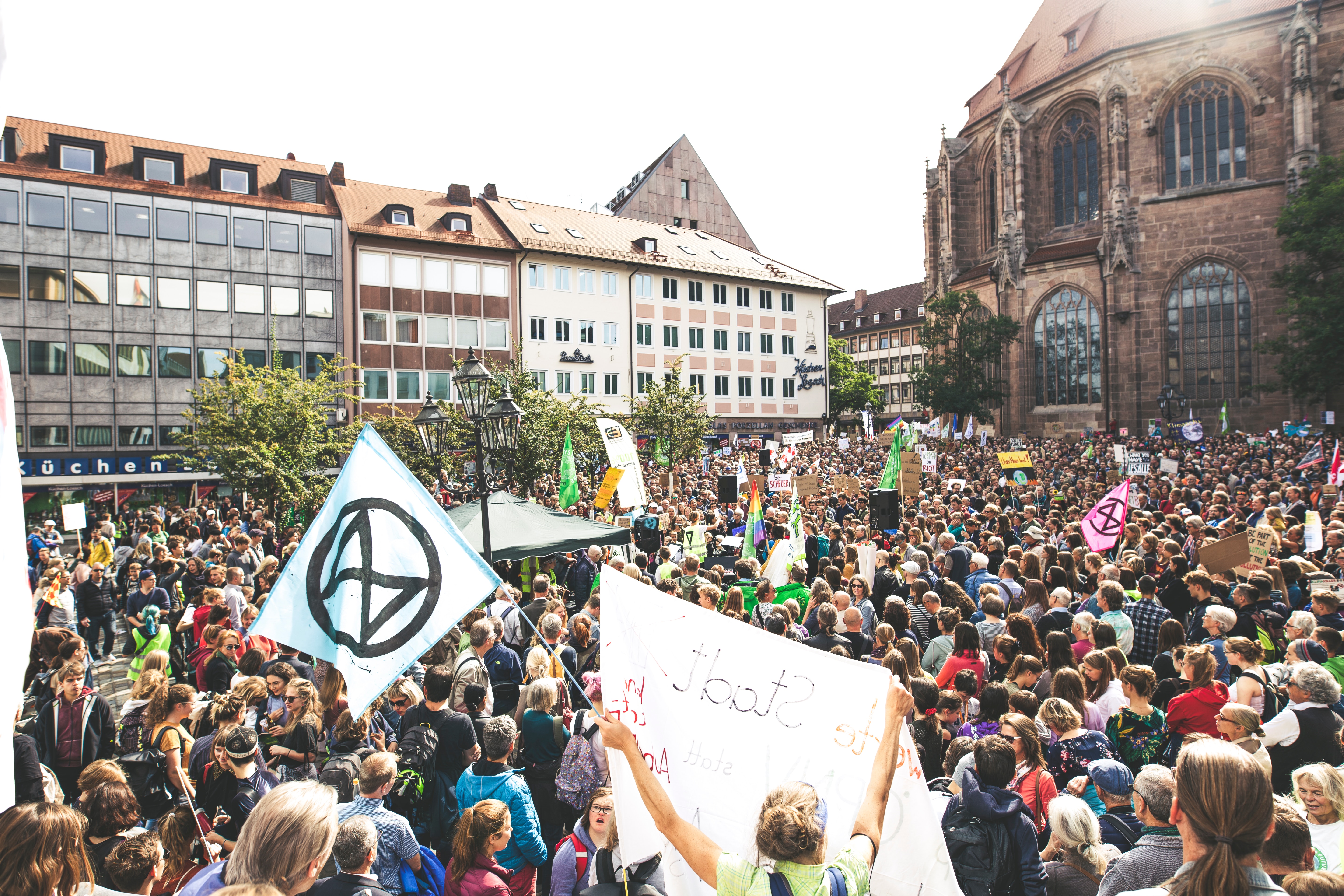 Greta Thunberg named Time Person of the Year for 2019

Sixteen-year-old Swedish climate activist Greta Thunberg has inspired kids and adults across the world to protest government inaction on climate change. She went from a solo protester for climate action at her local government to being nominated for the Nobel Peace Prize.

The outcome of Greta Thunberg's #FridaysForFuture and the ever growing and heightened awareness that the earth is changing and warming has made headlines in 2019. Millions of people gathered (and are still gathering) around the world to urge government leaders to start taking action towards reducing fossil fuel emissions and creating more sustainable economies.

Pope Francis addressed finance ministers from around the world at a climate change conference hosted by the Pontifical Academy of Sciences, and lamented the inaction of global leaders to step up and make a difference. The Pope urged the global financial leaders to work towards achieving the Sustainable Development Goals, and commit to the goals laid out in the Paris Climate Agreement. With more than 2 billion catholics around the world, the Pope's reach and influence is undeniable, and having him as an ally of climate activism is more than welcome. 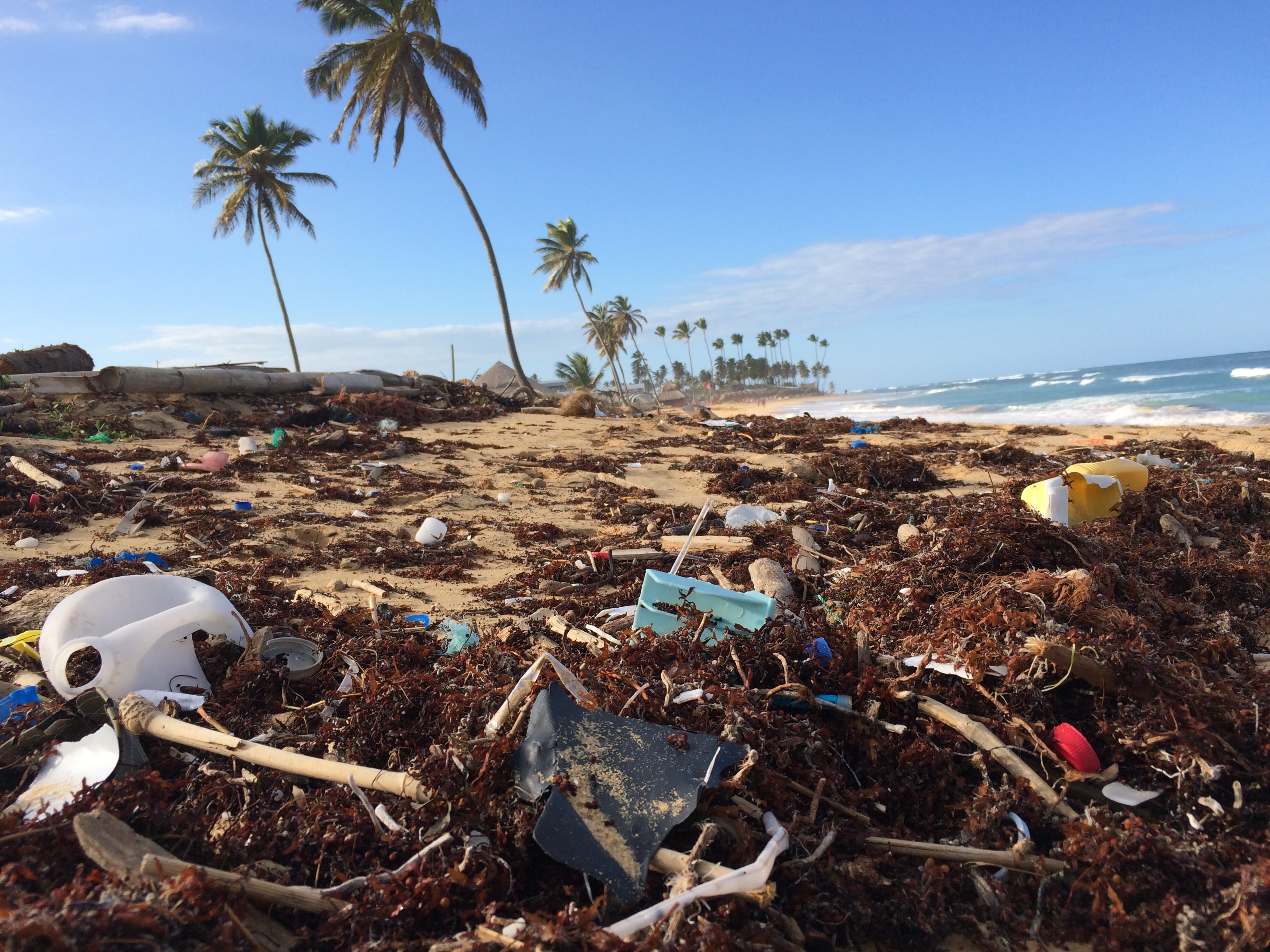 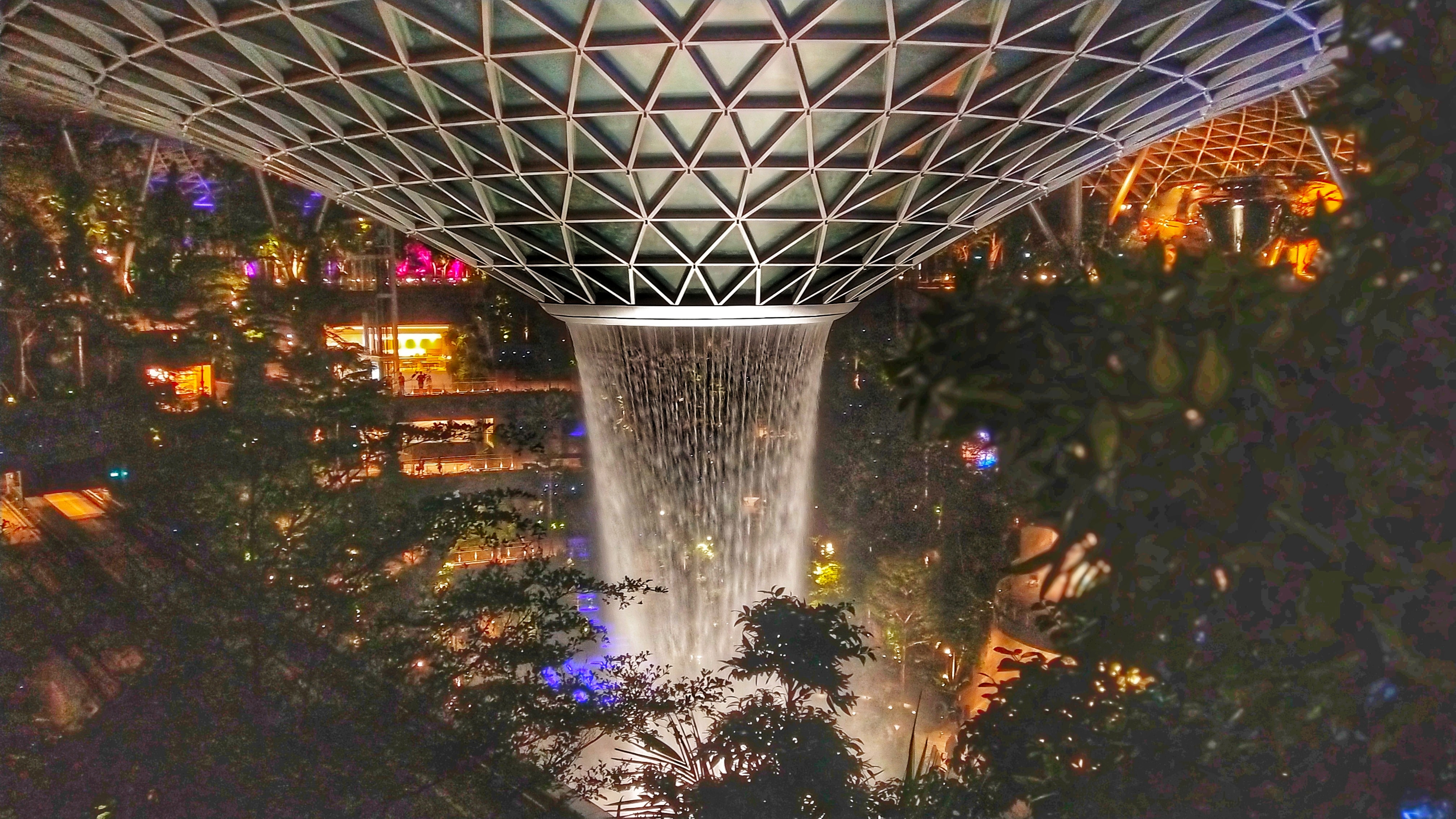 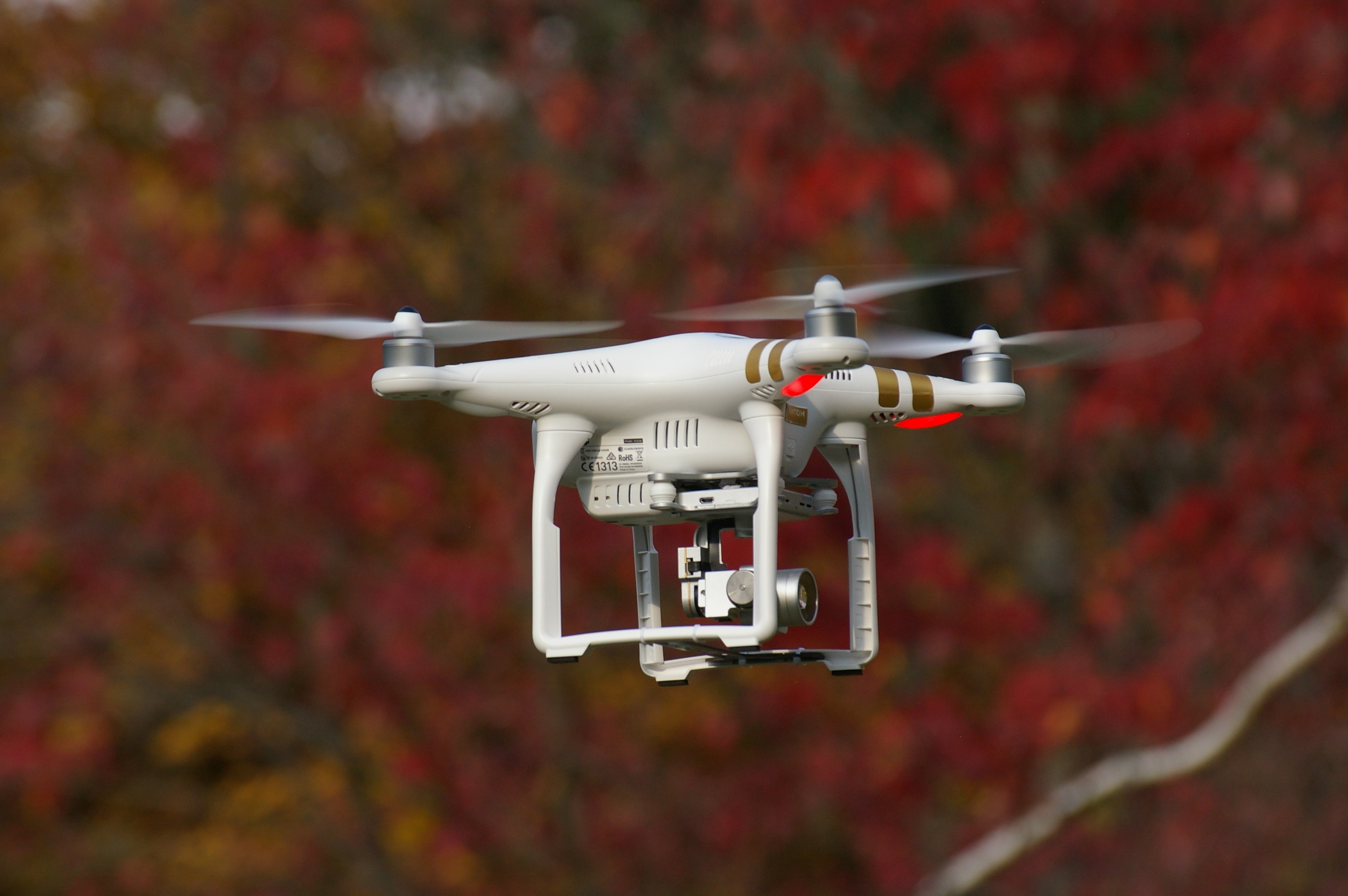 Eighteen year old Fionn Ferreira from Ireland won Google's 2019 science fair for his methodology in removing microplastics from water! After over 1,000 tests his method showed to be 87% effective which secured him $50,000 towards his project.

Of course there's nothing like the real thing, but BioUrban - an artificial tree -can suck up to as much air pollution as 368 real trees. The metal structure was designed by a start-up company and it uses microalgae to clean carbon dioxide and other contaminants from the air! At least we have robot trees for a plan b.

A tech company is hoping to plant 1 billion trees by 2028 using drone technology. The hope is that overtime the technology will improve in order to plant trees faster than humans. The drones shoot pre-germinated seed pods to the ground and are estimated to cost around the same as an average sapling.

The new plastic created from Prickly Pear Cactus breaks down within a month of being in soil and disintegrates in water after only a few days! This biodegradable plastic serves as a great sustainable alternative to plastic. Sandra Pascoe Ortiz, the research professor who developed the material explains, "the process is a mixture of compounds whose base is the nopal. It’s totally non-toxic, all the materials we use could be ingested both by animals or humans and they wouldn’t cause any harm.” 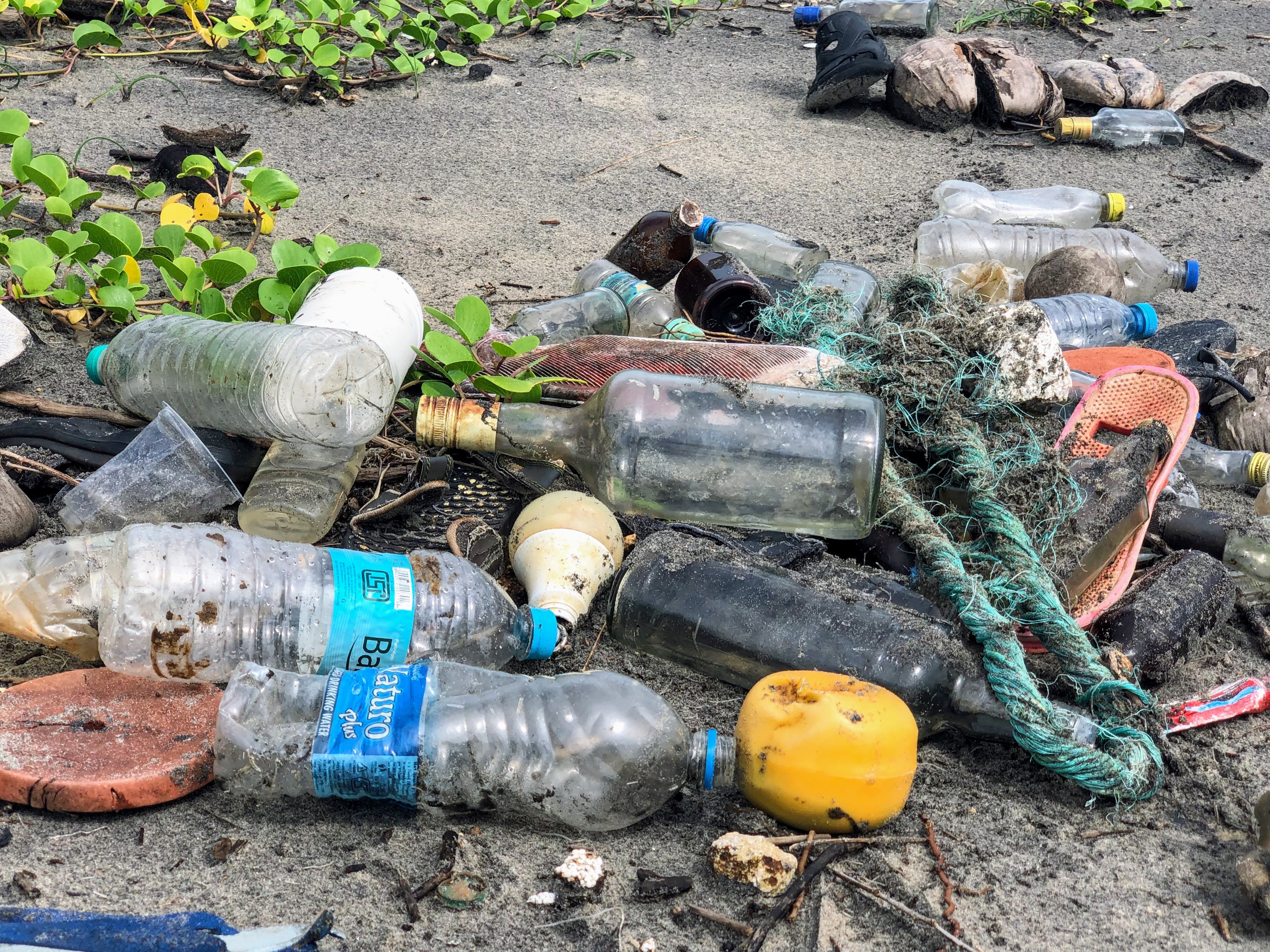 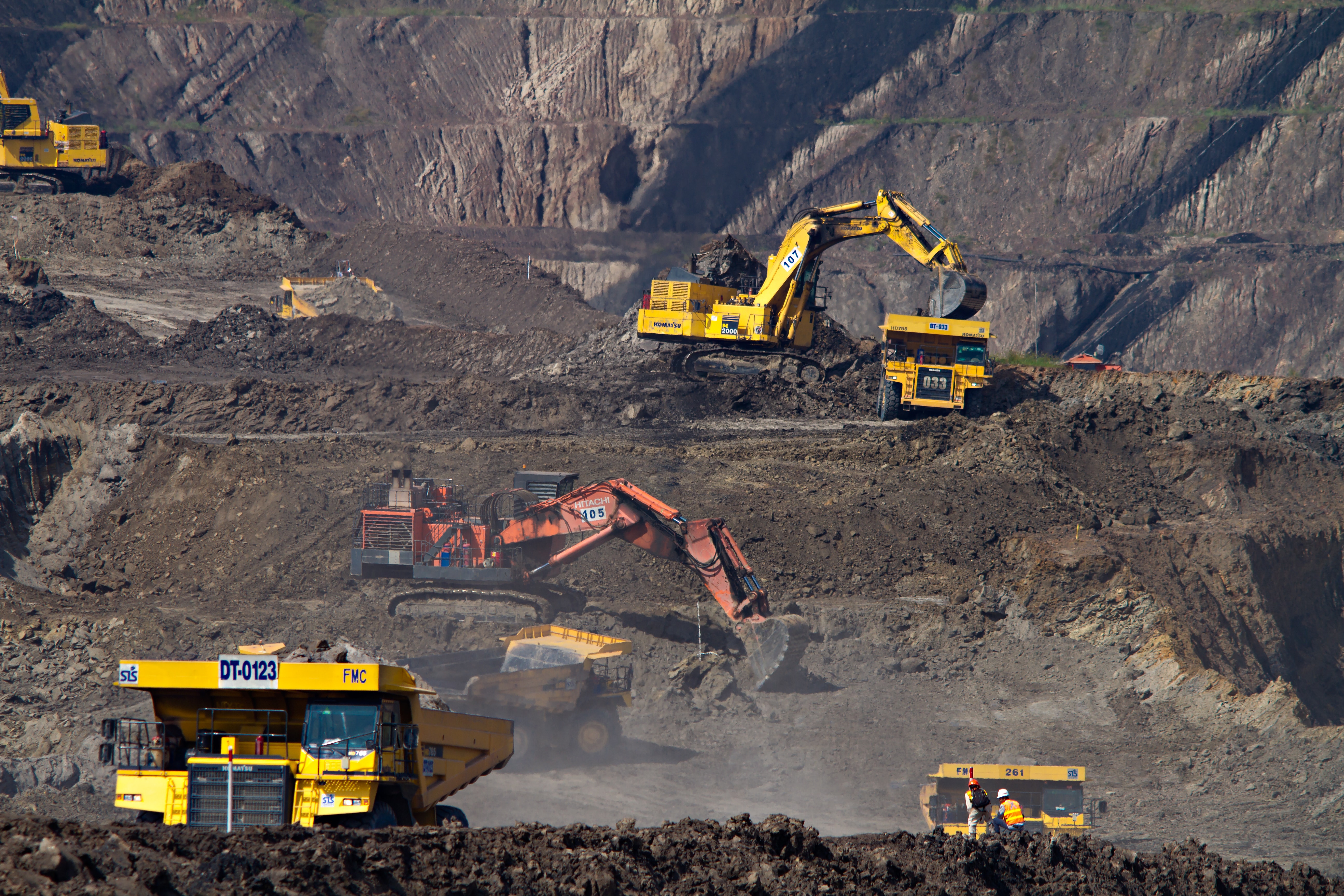 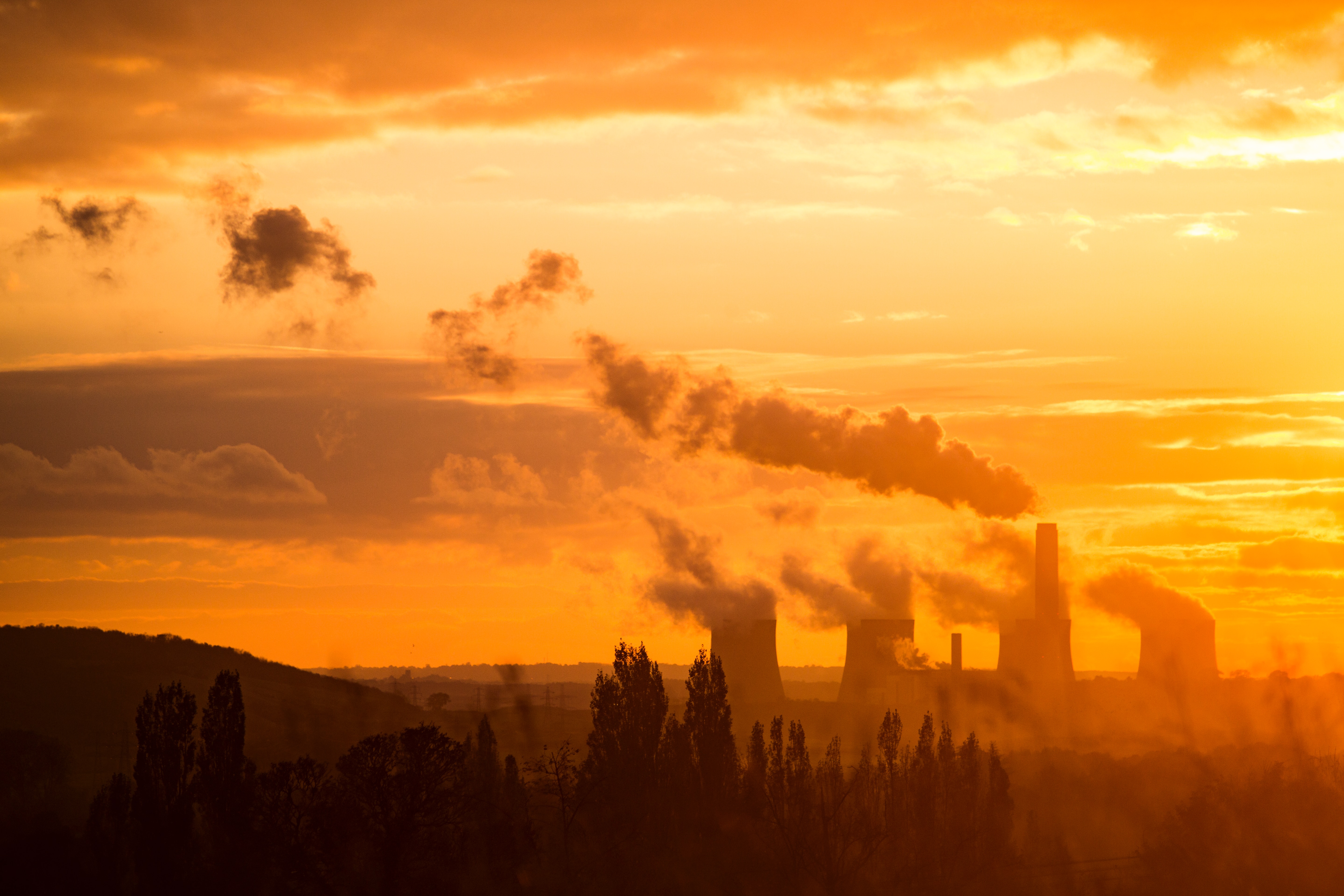 Starting in January 2020 Italian school children will receive a mandatory 33 hours of climate change and environmental sustainability lessons every year. Students will learn about the U.N. Sustainable Development Goals, the 2030 Agenda for Sustainable Development, and are even being encouraged to take part in student climate protests!  Italy is the first to implement climate change education across the country. And why not?! Knowledge is power!

On January 18, the European Union voted on and confirmed and agreement to introduce restrictions on the use of single-use plastics like cutlery, plates and straws. While the purpose of the agreement is to reduce waste and litter, the new regulation could potentially save the E.U. $24.9 billion in environmental damage by 2030.

Costa Rica to Go Zero-Emissions by 2050

The small Central American country squished between the Atlantic and Pacific oceans unveiled its plan to completely eliminate its net carbon emissions over the next 31 years. Costa Rica hopes to produce no more carbon than it can offset by taking steps such as ensuring all taxis and buses are fully electric, investing in alternative fuel sources, and, most significantly, expanding and maintaining its extensive forest coverage.

New standards rolled out by the Canadian government completely banned industrial activities like oil-and-gas production, mining, waste-dumping, and trolling in protected areas around Canada's coasts. The new standards also bring Canada closer to achieving its goal of protecting 10% of marine and coastal areas by 2020 (now at 8.27%).

New legislation in the Big Apple known as the "Climate Mobilization Act" was passed in April to radically change what the city is doing to fight climate change. At the center of the legislation, the bill requires buildings larger than 25,000 square feet to cut their emissions 40% by 2030 and over 80% by 2050! This is by far one of the most ambitious efforts by a major metropolis to reduce the impact cities have on climate change.

Maine joined a growing list of the states banning different kinds of single-use plastics. A bill signed by Maine's governor banned the use of food containers made of expanded polystyrene - the kind of plastic commonly used to make white foam clam shell take-out

Passed with bipartisan support, the new landmark legislation ensures the country's commitment to the Paris Agreement. The government will establish policies consistent with limiting global warming to just 1.5°C and will achieve zero net carbon emissions by 2050.

1 Trillion Trees Could Save the Planet
Scientists have always speculated about how trees can help end the current climate crisis, but the question has always been how many. A new study from the Crowther Lab out of Swiss University ETH Zurich, has finally come up with an answer: 1 trillion more trees on Earth could sequester more than 60% of anthropogenic carbon emissions, and we have the space on earth to do it!

Evidence of the world's oldest forest, dating back some 385 million years, has been discovered in an abandoned quarry in upstate New York, according to a study published in Current Biology. The specimens suggest that modern plants evolved much earlier than previously thought and are shedding light on the origins of terrestrial life, as well as to how our current climate came to exist through millions of years of plants absorbing carbon.

If you look for signs of hope and optimism, they are definitely out there. We have no doubt that 2020 will be one of the most "treerific" years yet! For our part, we will continue to stay focused on making a positive impact through reforestation. In 2019, we've helped improve orca habitats, empower women in Rwanda, regrow California, and complete or initiate many other powerful projects. We can't forget how awesome it was to plant trees with thousands of volunteers on Earth Day 2019 and Plant a Tree Day 2019 too!