Don't Let the Amazon Burn You Out - There is Always Good News to be Found!

Ouf! That was a rough month.

August is usually filled with warm days and a buzz of excitement before all the kids go back to school, but this August was definitely different.

The fires ripping through the Amazon dominated the headlines, highlighting the devastating impact of rampant deforestation and poor environmental legislation. However, despite the tragedy, the outpouring of love and support for the trees, plants, animals, and people of the Amazon has been heartwarming to say the least. World leaders, activists, business leaders and individuals all showed up and spoke out about their frustration and the need to protect the Amazon rainforest from further catastrophe.

Our supporters have been remarkably generous over the past couple weeks; you even broke some of our systems! Donations to the Amazon Rainforest through our website keep coming in and we couldn't be more thankful.

But that's not the only piece of good news this month. Today we are grabbing the megaphone in hopes of buoying your spirit with our monthly blast of good environmental news!

Keep on keeping on! 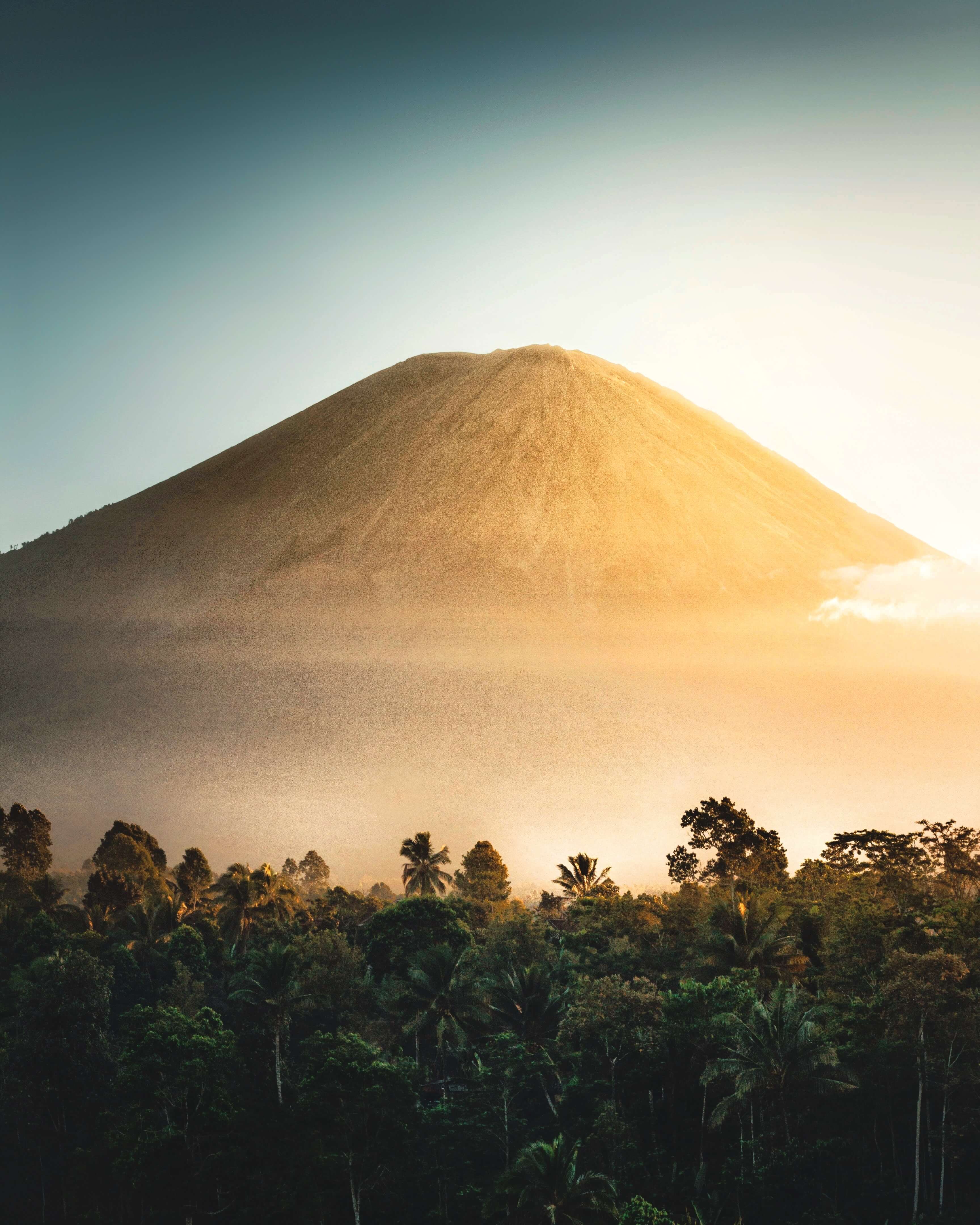 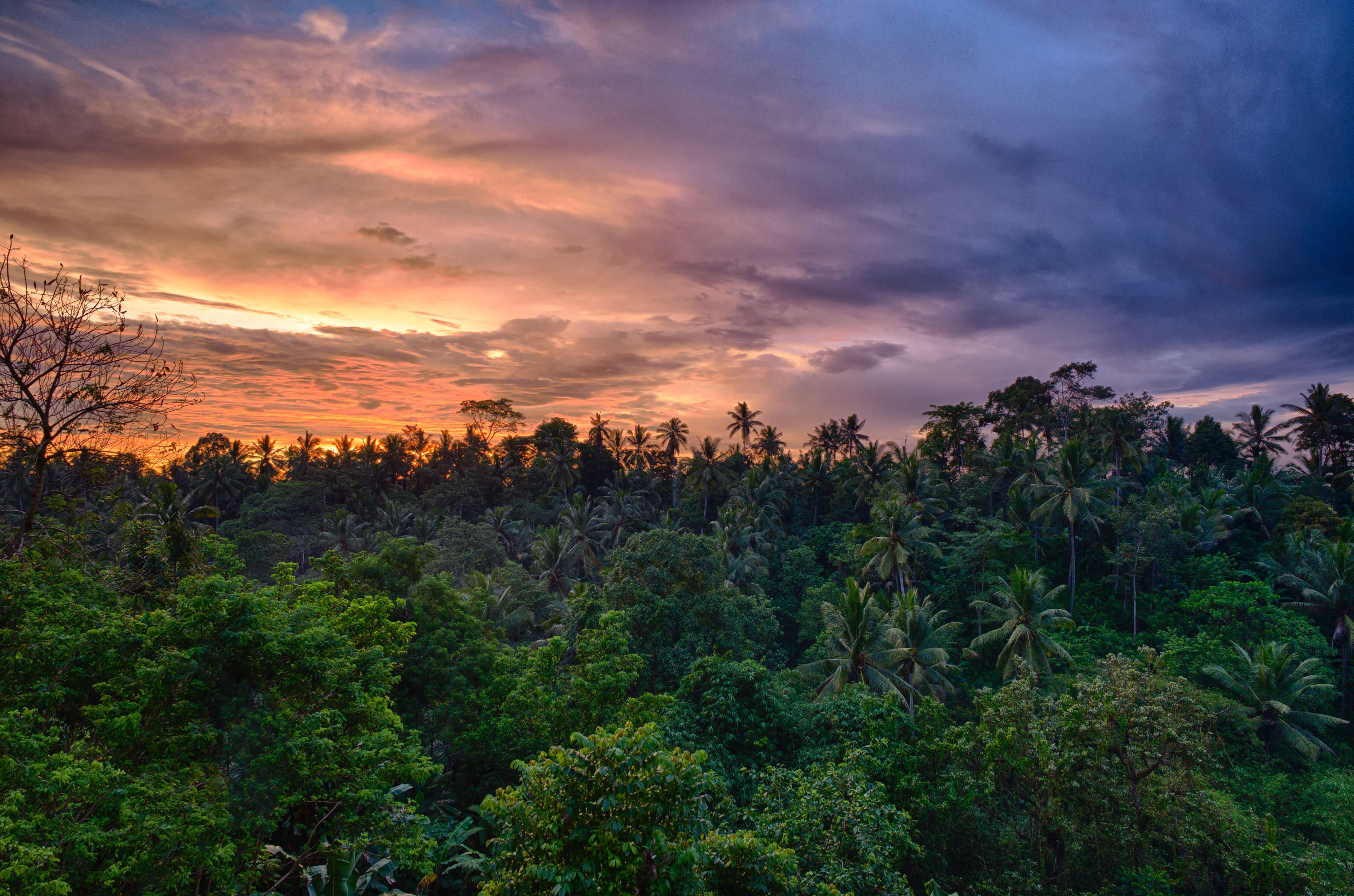 We might be a little biased because we have projects in Indonesia, but a permanent moratorium on the clearance of new forests issued this past month is fantastic news.

The moratorium was first applied in 2011 and covers more than 66 million hectares of primary forest and peatland across the country. After President Joko Widodo issued a permanent extension earlier in the month, new permits cannot be issued for logging, timber, or palm plantations.

Indonesia currently has one of the highest rates of deforestation in the world as its rainforest is raided for resources and chopped down for the palm oil industry. Sadly, Indonesian rainforests are some of the most biologically diverse in the world and are home to some of our favorite animals like orangutans.

Extending the moratorium indefinitely is most certainly a step in the right direction.

2. Seaweed: The More Cows Eat the Less They Fart

Cows farts and burps are a major part of the global greenhouse gas emissions problem. The methane produced by the more than 1.8 billion cows, and other grazing ruminants, account for about 40% of annual methane production. While methane isn't the most prominent greenhouse gas, it plays an outsized role in global warming as it is remarkably good at trapping heat against the Earth's surface.

Australian scientists have discovered that including a type of pink seaweed in a ruminant's diet can reduce their methane production by 99%. Cows even like the stuff; they are often found grazing the beaches looking for a tasty pink snack.

As the global population grows, demand for meat and dairy is growing along with it - and so do methane levels. Finding innovative solutions to limit our production of greenhouse gases is imperative to combatting global warming. If pink seaweed is one of the solutions, then we are all for it! 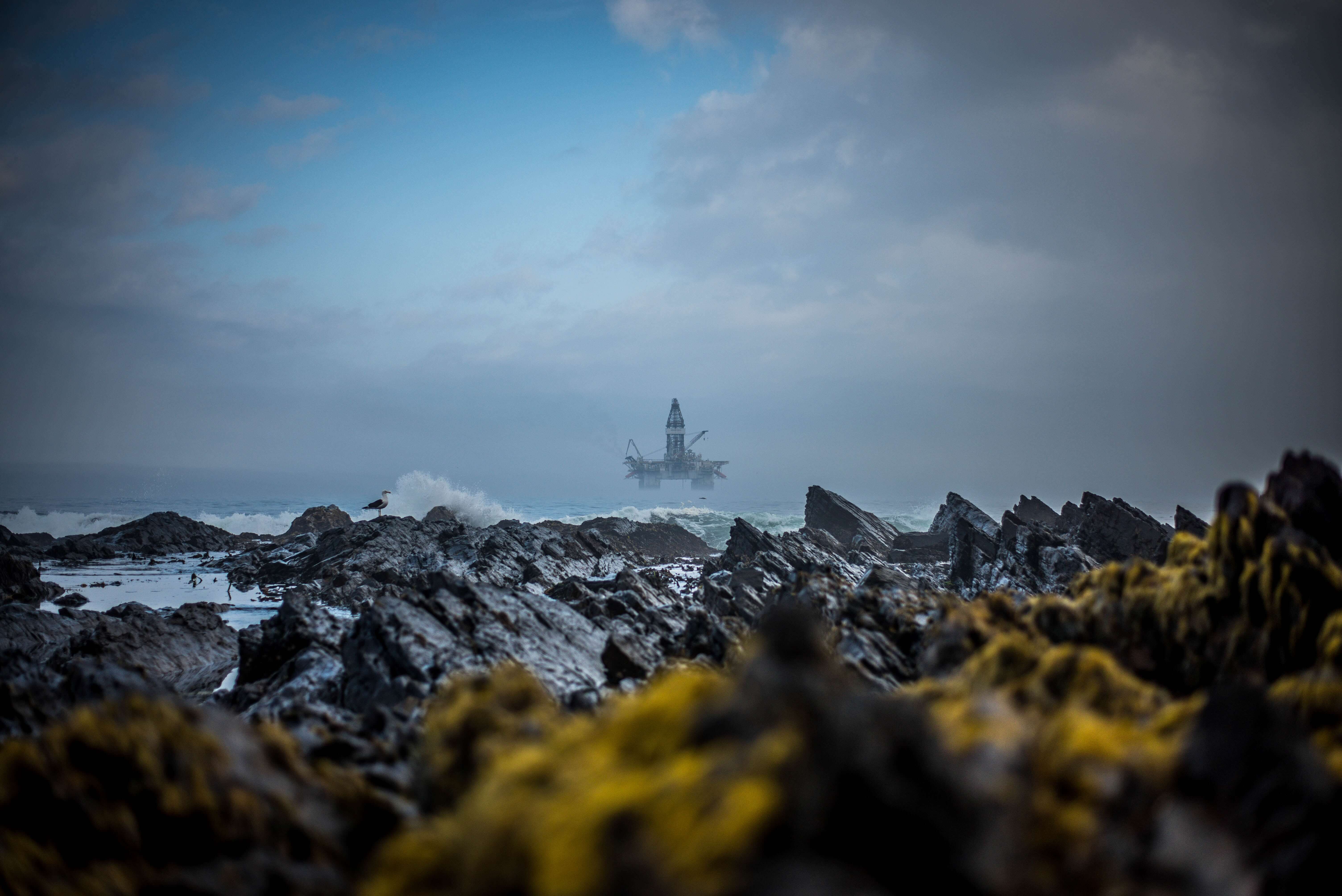 Fossil fuel extraction, production, and use really is the original sin of climate change.

Research out of the University of Edinburgh, however, has found a way that offshore oil rigs in the North Sea could be used to reverse some of the damage they have caused. With just a few inexpensive changes (10x cheaper than actually decommissioning the rigs), old out-of-commission rigs could be used to store CO2 from other sources safely in the seabed.

Currently, we produce more CO2 than can be captured and processed naturally by the Earth's carbon cycle. Extracting CO2 from the atmosphere, while complicated and expensive, is an idea scientists have been toying with for some time.

Though it doesn't change the fact that we must curtail our use of fossil fuels overall, pulling greenhouse gas emissions from the air may be necessary to slow the pace of global warming.

The world's largest hotel chain, Marriott, announced that it will be phasing out its use of single-use plastic shampoo, conditioner, soap, and shower gel containers by the end of 2020. By converting to bulk or pump options for toiletries, Marriott predicts it will save more than 1.5 million pounds of plastic from going to the landfill every year!

Marriott is definitely trying to get ahead of the curve as lawmakers in California are considering a ban on such products, and the European Union has already announced a ban on single-use plastics in 2021.

Plastic waste is a major environmental problem, and single-use plastics are a convenience we can no longer afford! 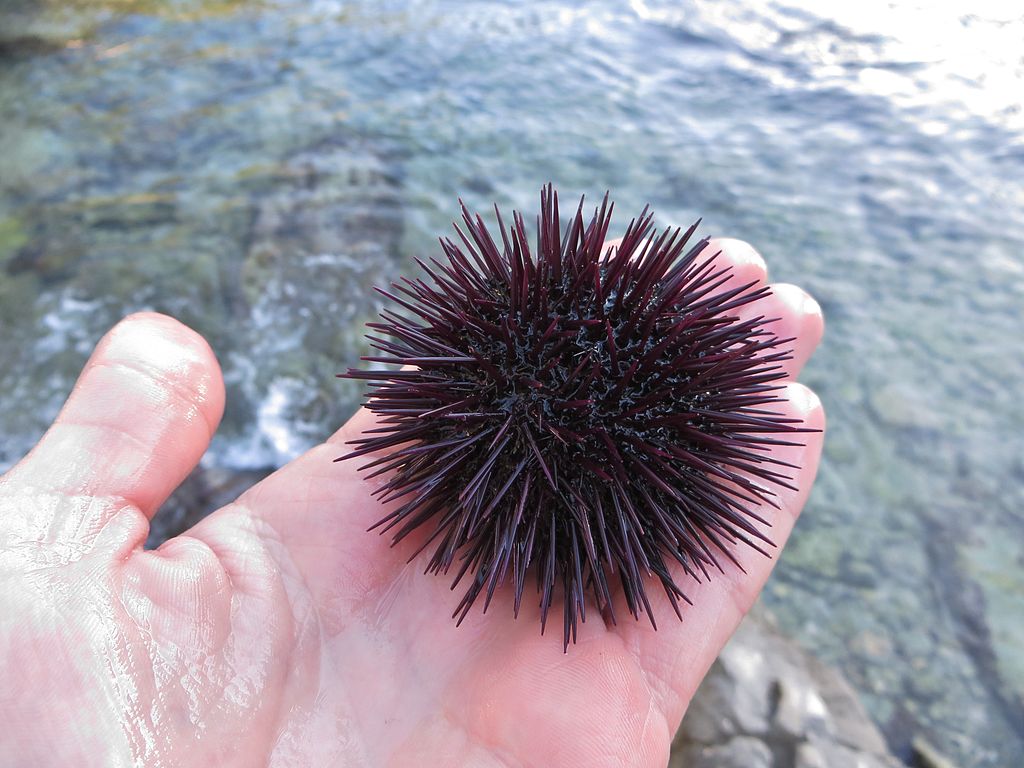 An invasive species of algae was introduced to the bay by accident in the 1970s and it has largely decimated the coral, a valuable ecosystem for marine plant and animal life. As a last ditch effort, marine biologists began growing sea urchins in a hatchery and then transplanting them onto the coral reef. Now the sea urchins are eating up the algae, reducing its coverage by 85% in just the last two years.

The urchins are also a native species to the reef and have natural predators, so they will not pose the same problems as other non-native invasive species. This is just one example of how natural solutions to climate change are possible, just likerewilding and reforestation.

6. Money Can't Buy a Clean Planet, But it Sure Helps

The G7 summit, where leaders from the world's 7 largest economies discuss issues ranging from trade to human rights, is often dogged for being too focused on money and not actually making any progress. But this past month, when the G7 met in France there was at least one shining light of positivity: France and the U.K. pledged to double their input to the Green Climate Fund.

The Fund acts as an investment platform for countries to pool resources to help "low-emission and climate-resilient development." Essentially, developing countries can receive funding to help them better adapt to a changing climate, while investing in renewable energy technology to limit their environmental impact without affecting their economic growth.

Developing countries are often disproportionately impacted by climate change compared to their relative emissions, and don't often have the capital to invest in more expensive but sustainable opportunities like solar power, wind power, and so on.

France and the U.K. decided they would contribute more than 1.5 and 1.6 billion USD to the fund, respectively.

Climate change impacts us all, so investing in sustainable development is just one piece of the global warming puzzle we are trying to solve. 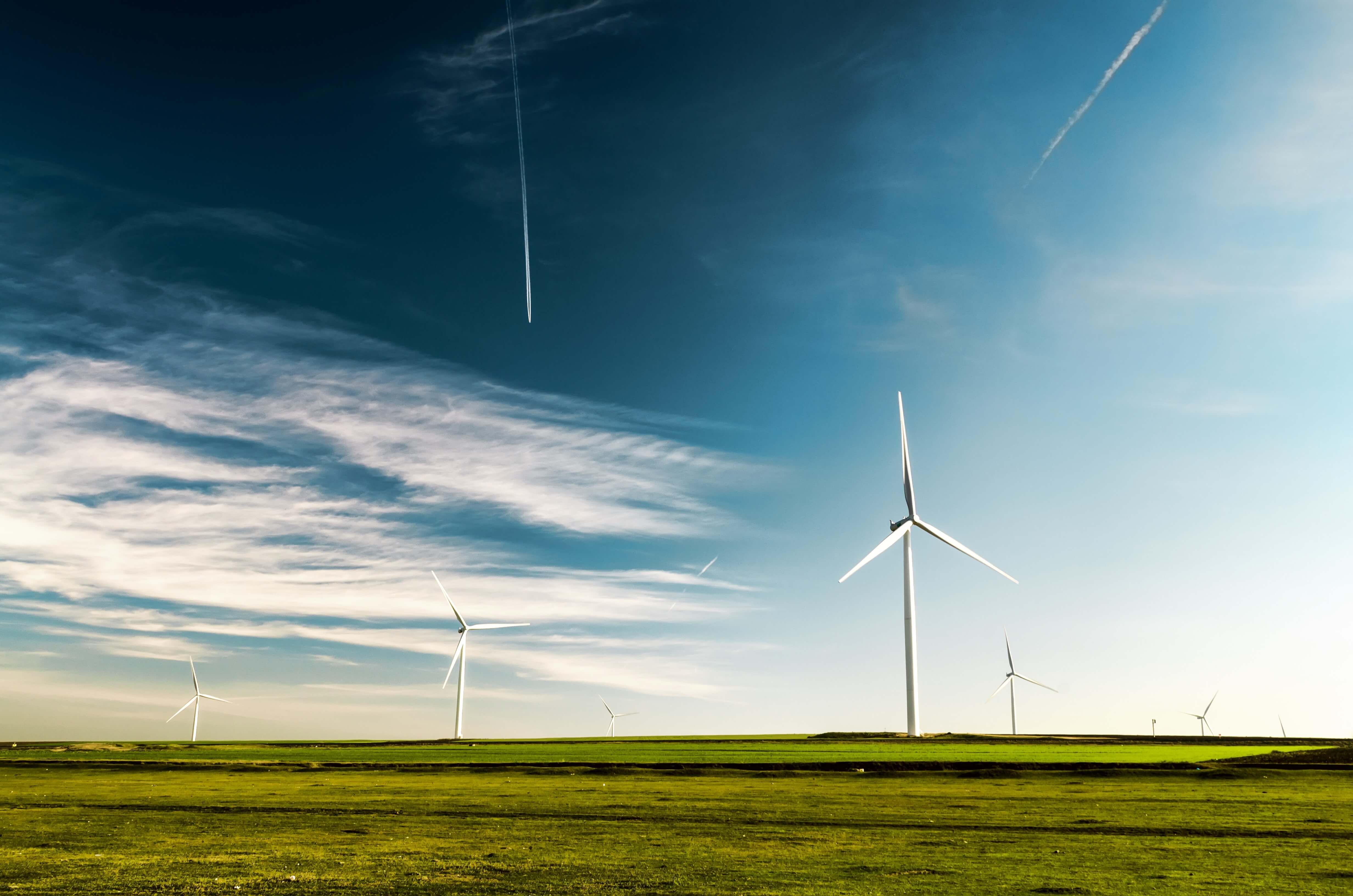 Carbon neutrality is the Holy Grail of environmentally sound policies. Getting a country to emit no more carbon than it can reasonably sequester is a necessary but tough ask; but United Nations chief Antonio Guterres has asked.

In letters addressed to the head of state in every country around the world, Guterres requested they implement a plan to be carbon neutral by 2050. The U.N. Secretary-General asked that leaders come with an outline of their plans to the upcoming Climate Summit in New York on September 23rd.

While an ambitious request - and facing much criticism for its perceived infeasibility - the need for action is dire, and only bold steps will help our planet, and ourselves, survive the current climate crisis.

The islands of the Pacific are truly the most endangered by climate change. Rising sea levels and more intense storms have been causing turmoil in these countries long before the Western world began to consider our impact on the planet. Many Pacific nations risk being totally swallowed up by the ocean or completely driven out of their homes by typhoons and flooding, which will certainly create an unprecedented mass migration sometime in the near future.

Coming together, the leaders of the world's Pacific nations declared the current changes to our environment a climate crisis, invoking the same language used in times of war to portray the urgency they face.

These island nations may be more directly or obviously impacted by climate change, but all of us play a role in the current climate crisis and should think about our impact accordingly.

Brazilian President Jair Bolsonaro is taking heat from the international community for his perceived inaction and potential culpability for the fires taking place in the Amazon. Leaders of the G7 criticized the first-term President for allowing continued deforestation which ultimately lead to a record-breaking 75,000 fires burning throughout the rainforest.

Now the parent company of Timberland and Vans are clapping back at Bolsonaro, as well. VF Corp announced they will no longer be sourcing Brazilian leather for their products. Leather is an important export for Brazil as it is closely tied to the ranching industry, the foundation of the Brazilian economy.

VF Corp is just one of many companies who have now boycotted Brazilian products in an effort to pressure the government to act against the fires. International governments are also threatening financial repercussions if the fires aren't brought under control. 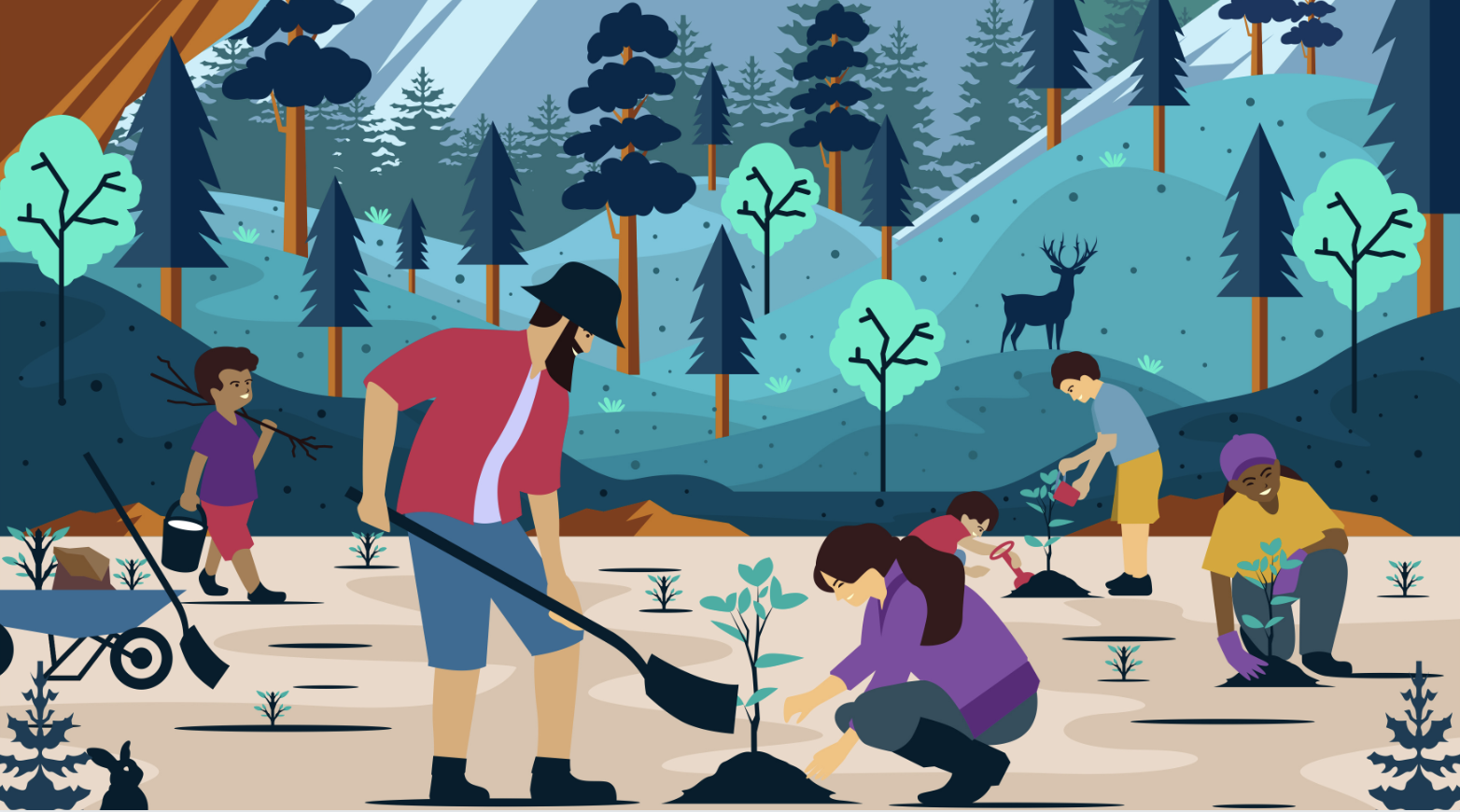 No Need to Despair, There's Positivity in the Air!

Even if things seem dreary, it's okay to be cheery! Our climate may be in a bad way, but when the sun shines we make hay. Get outside and enjoy every second you have with the trees, birds, bees, and all the other friends of nature.

More good news is out there, too. Just check out all the past stories we've collected this year. And if you're feeling motivated to take action and get your hands a little dirty, sign up for a tree planting event this September. Plant-A-Tree Day is just around the corner!