Good news for the Spookiest of Months!

Hopefully you all had a safe, fun, and frightening Halloween.

Even though the scariest day of the year has passed, we are still faced with the fear of climate change each and every day - and that might be the scariest thing of all.

Thankfully, its time for our monthly good news roundup to shake off the scaries and remind ourselves that the challenges we - and the planet - are dealing with are not insurmountable! 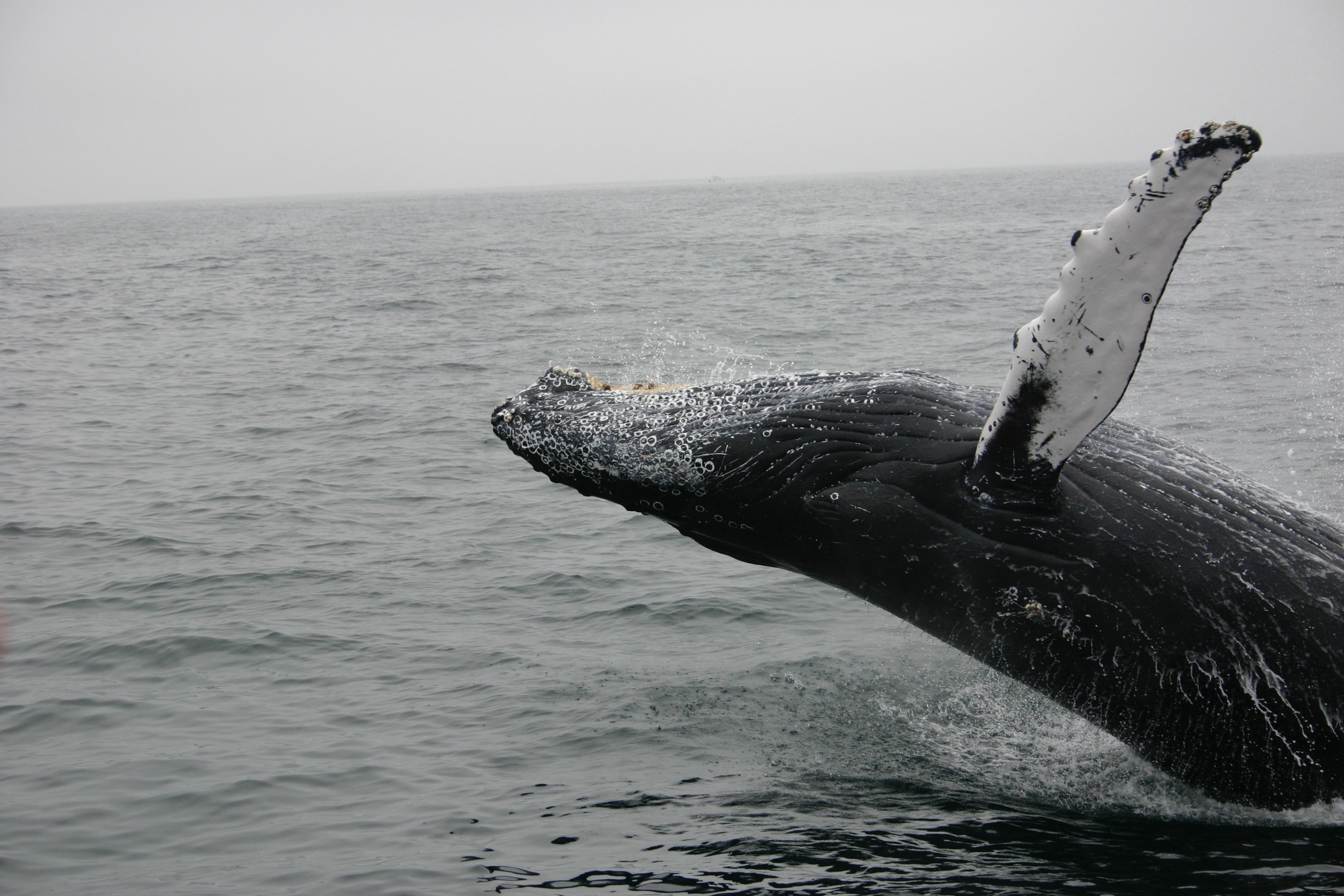 1. Humpback Whales are Back in Action!

We at One Tree Planted might have been focusing on Orca whales the past few months, but other whales have been dramatically impacted by human activities as well.

South Atlantic Humpback whales were all but completely scooped up out of the ocean by centuries of whale hunting dating back to the 1700s. Whaling was so prolific that by the 1960s there were only some 400 whales swimming in the Atlantic off the coasts of South America.

But in a twist that scientists didn't see coming, the South Atlantic Humpback whale population has boomed! A recent study published in October puts the whales' numbers at an estimated 25,000 - almost the same amount thought to exist before whaling!

The lead author of the study, Alexandre Zerbini, says, "this is a clear example that if we do the right thing then the population will recover. I hope it serves as an example that we can do the same thing for other animal populations."

The impact of the meat and dairy industry has long been understood to have a negative effect on the current climate crisis, and for the first time researchers have published a study that shows eating an all around healthier diet is not just better for you, but better for the environment as well.

Looking at 15 common foods in a western diet, researchers determined that those foods most highly associated with poor health outcomes like heart disease, diabetes, and colorectal cancer were more likely to cause environmental harm. By switching out things like red-meat and sugary snacks from our diets and replacing them with more chicken, eggs, and fruit (or go vegetarian if you dare) we can simultaneously reduce the social and economic costs of poor health and climate change.

I, for one, am going to celebrate with a veggie burrito! 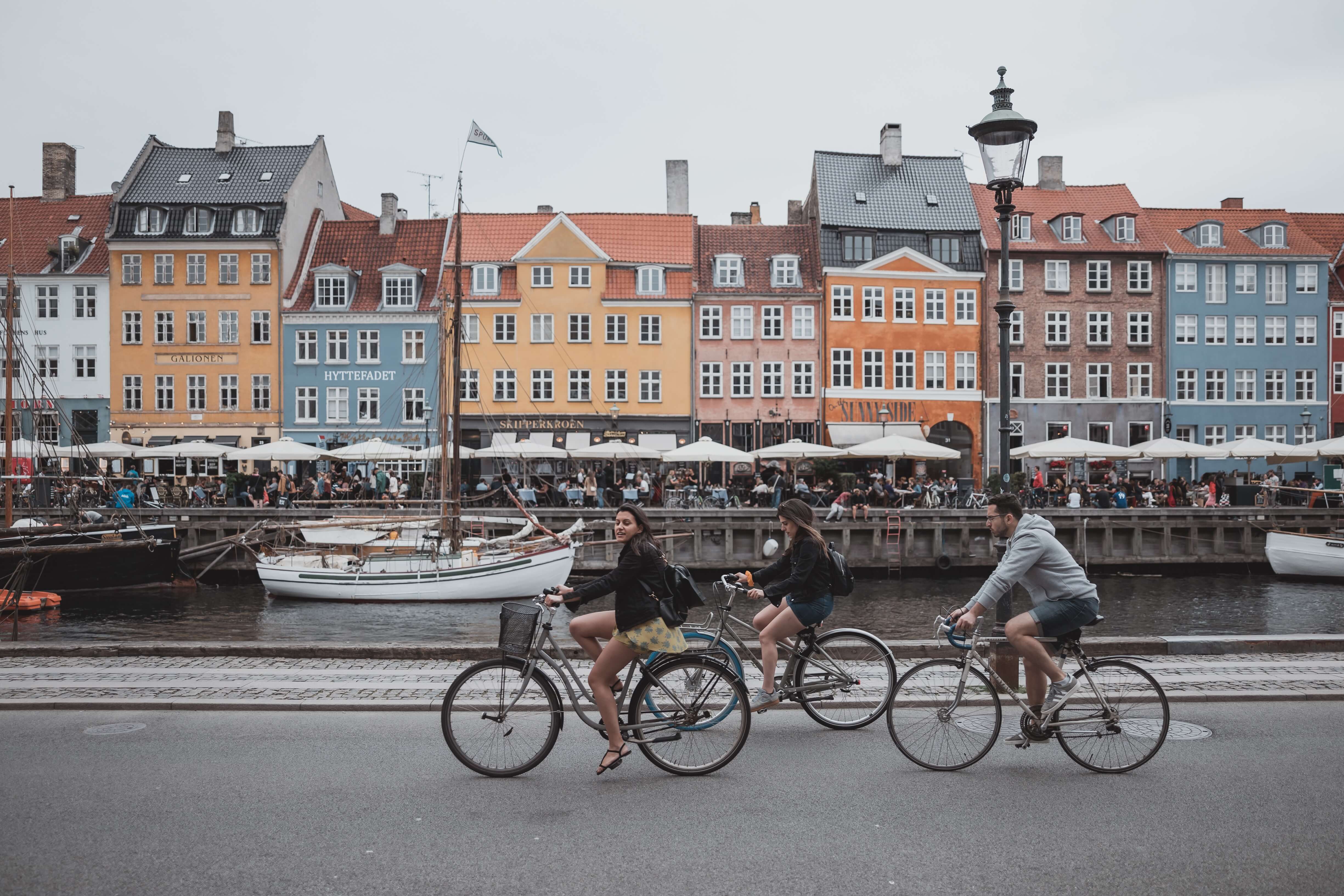 3. Thirty Cities Where Emissions are Dropping

Founded in 2005, the C40 is a group of 96 cities (representing 1/12 of the global population and 1/4 of the global economy) pledging to reduce their environmental impact. And by at least one metric it seems to be working!

The C40 announced this month that now 30 cities have already managed to pass peak emissions. This means that some of the world's largest cities have reduced their emissions by at least 10%.

On average, these cities have reduced overall emissions by 22%. One stand out city is Copenhagen which, with a dedication to finding alternative heating sources and expanding bike paths and public transit, has reduced emissions by 61% since 1991! Other more populous cities like London have still managed to get up to almost 30% reduction - a Herculean feat for a city that size! 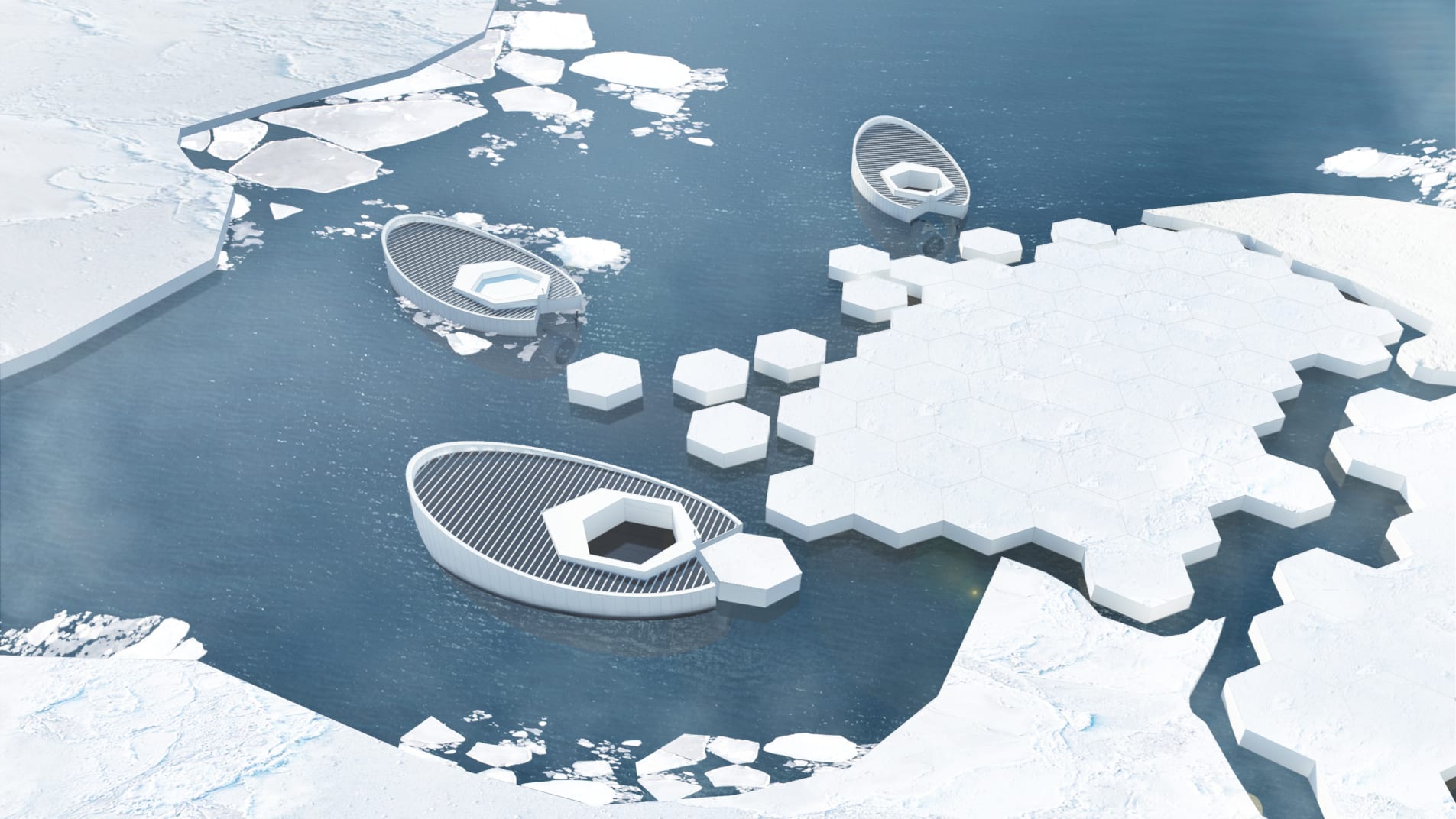 4. Refreezing the Arctic to Stop Sea Ice from Melting

Is a giant ice-machine the solution to stopping icebergs from melting too quickly? Maybe ... ?

An international design contest has come up with some wild ideas for reversing the amount of sea ice being lost to global warming, one of which was to create huge submarines capable of making massive hexagonal ice cubes and then dumping them into the Arctic ocean to form icebergs. Other ideas included sprinkling the sea with a reflective sand-like material to bounce the sun's rays away, or spraying clouds to make them more reflective and thus limiting the amount of sunlight reaching the Earth's surface.

All of these ideas may sound totally farfetched and infeasible, but the point isn't to come up with a solution immediately. The competition, and the ideas that came from it, is all about thinking of innovative solutions to the most pressing problem of our lifetime, because current methods aren't really working.

5. Learning is Good News Too

Though not entirely good news, interviews with climate and energy experts talking about the urgent need to switch to renewables is informative, eye-opening, and gets you thinking!

In this article, the New York Times speaks with a range of experts from Climate Researchers, to activists, and even oil and gas executives. Their responses are telling and may even warm your heart a little knowing there are people out there who can and are trying to make a positive impact any way they can.

Though we may not always agree, it's important to know what the other side is saying.

While we acknowledge the current turmoil in Chile right now, as demonstrators take to the streets to protest a number of government policies causing greater inequality, the Chilean government has been a leader in showing the world how fishing can be sustainable both for marine life and businesses.

In 2012, the government banned trawling - a practice by which heavy machinery is dragged along the ocean floor resulting in high levels of by-catch and the destruction of animal habitats. Since then, 23% of the country's oceans are in protected areas.

Apart from the benefits to marine life, Chile's fishermen are also seeing benefits. Chile produces enough seafood to be in the top 10 seafood producing countries, and is able to support tens of thousands of 'artisanal' fishermen.

Chile's success is a prime example that businesses and economies do not have to suffer at the hands of environmental policies. In fact, businesses stand a lot to gain by ensuring our planet is healthy and productive. 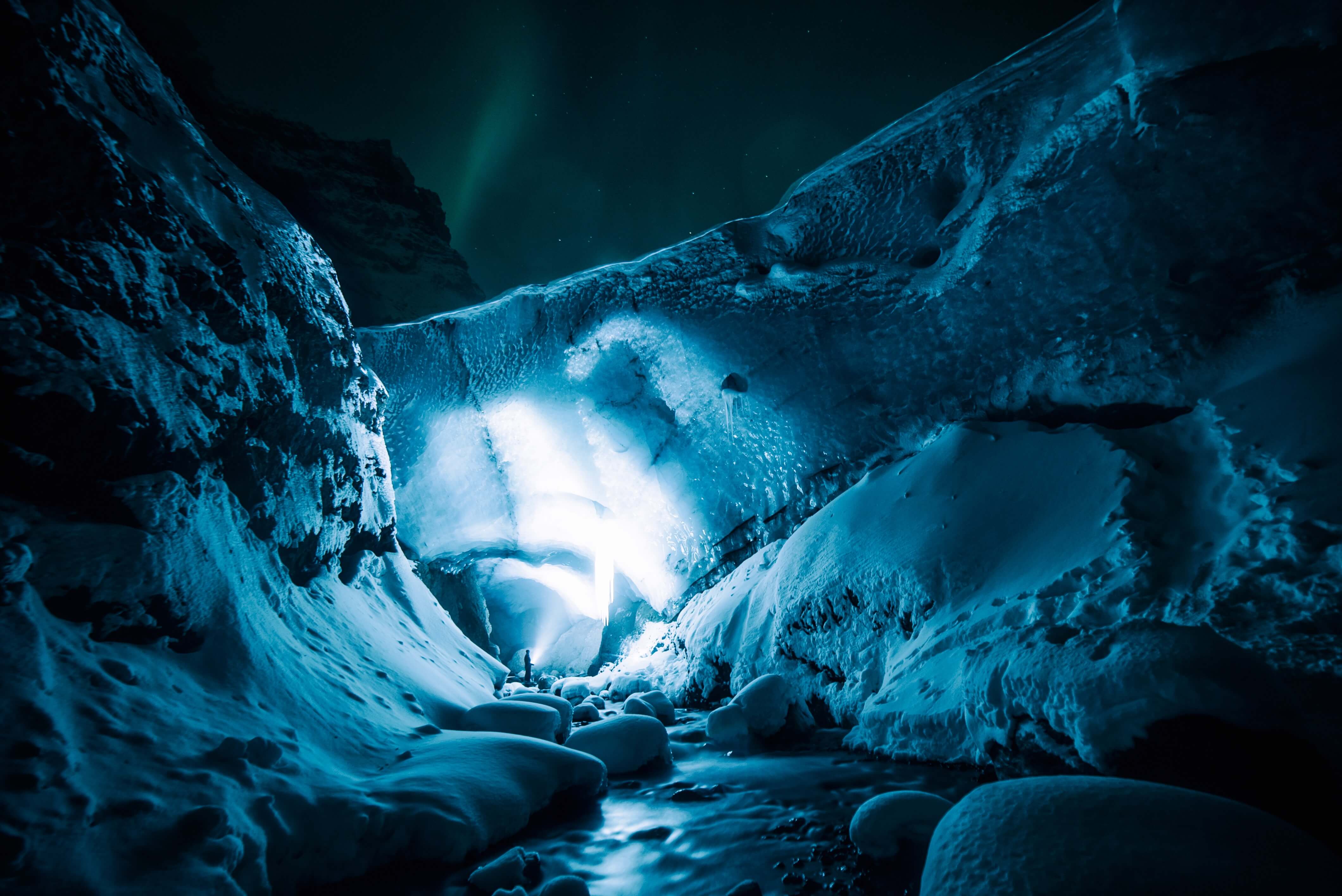 7. More Reasons to Protect Glaciers (As If You Needed Another!)

Research taking place in Canada's high Arctic has revealed that glacial rivers (rivers which flow from the margins of glaciers) have been storing more carbon dioxide than even the Amazon rainforest! The discovery surprised scientist as rivers are generally understood to be carbon emitters.

Researchers realized that the limited amount of organic material generally found in glacial waters results in far less organic decay. Thus, far less carbon is emitted. On top of this, a process called chemical weathering - where sediment from glaciers mixes with the carbon dioxide in the water and traps it - can take place a great distances away from the rivers' headwaters.

During peak melting season, glacial rivers can absorb 40 times as much CO2 as the Amazon. While it's a good sign that nature is adapting to a new climate and discovering new ways to sequester carbon, it begs the question as to what will happen if we lose the glaciers entirely?

Good News Can Come from Anywhere

See? It's not so hard to find good news these days! You just have wade through the muck of constant doom and gloom looking for that wonderful ray of sunshine.

If you'd rather not get to mucky, you can also just tune in here every month to see all the good news we've compiled for you!